100 Planetary Nebulae: How Many Can You Name? 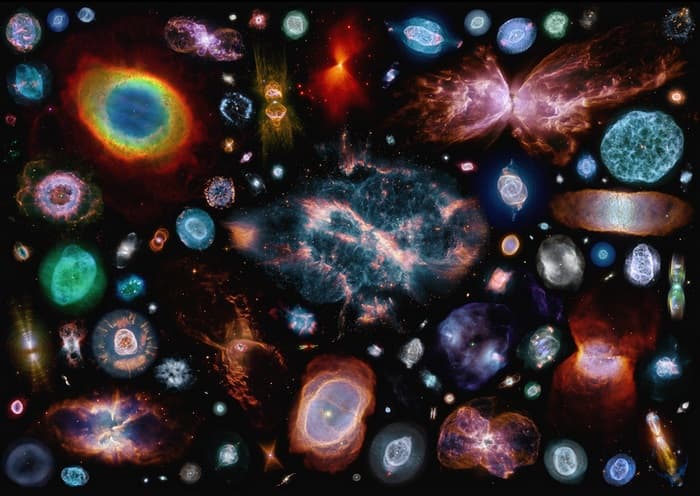 Planetary nebulae are created by Sun-like stars that are in the throes of death. As demonstrated in this incredible image, which is to scale, death and destruction in the cosmos can be rather beautiful.

Planetary nebulae have absolutely nothing to do with current planet formation; rather, they are a type of emission nebulae that come into being during a star's death. These structures are actually just expanding shells of ionized gas that are ejected from red giant stars late in their lives.

As a result of a number of different processes, these nebulae take on a wide variety of shapes, sizes, and colors. Of the dozens of shapes observed to date, the three most abundant types are spherical, elliptical, and bipolar.

These objects also have a short lifespan. The planetary nebula will only be around for about 10,000 years. As a result, there are only about 3,000 known planetary nebulae. Eventually, the central star that ionized the nebula cools down and (much later) becomes a black dwarf, and the nebula disappears from sight.

The image above is a composite that contains images of more than 100 planetary nebulae. How many can you name? See if any are familiar, and then see the image below for the answers.

Obviously, you will need to click for a larger version...