10 Myths, Misconceptions, and Mischaracterizations of Evolution 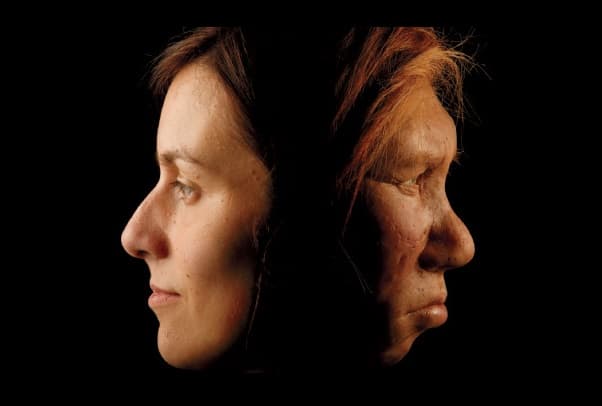 Evolution is a difficult topic to discuss with others.  What can make it even worse is when these debates veer from discussing the science behind evolution into discussing red herrings, a term used to refer to distracting side topics. Below is a list of the 10 most common myths and mistakes that can cause discussions on evolution to get confused and derailed.

1. Abiogenesis - "We don't know how life started, evolution is false."

'Abiogenesis' is how life began.  It's the process that turned normal organic molecules into the self-replicating molecules we call life. The process seems to have only happened once and was wholly different from all other stages of evolution.  Abiogenesis is largely shrouded in mystery.  Why?  Because we can't exactly dig up fossils of these first living organisms (single cells tend to not preserve very well).

What do we know about the start of life?  Close to 4 billion years ago the first life must have taken hold; we know this because life was robust enough by around 3.5 billion years ago that the first bacteria were abundant enough to make fossils. Prior to these bacteria, it's hypothesized that the first life was largely made of RNA.  There are several reasons for this hypothesis.  First, because our polymerases (the tiny biological "machines" that put together our DNA and RNA) operate on RNA.  In fact, for your DNA to be copied, it first has to use a RNA primer to get the process started.  You could think of RNA primers as biological "fossils" within our cells, fossils which may be revealing that early life functioned off of RNA.  Secondly, RNA is oddly versatile.  Not only does it encode information to create proteins, it also can fold to function as an enzyme, called ribozymes.  Meaning, a single strand of RNA could potentially encode for itself and help assemble itself.  Here  is a highly informative, interactive website on this topic.

So, why is this topic a red herring?  Because abiogenesis is concerned with how life started; evolution is concerned with what life did once it was already here i.e., what happened to that first cell, not how it got here. Click here for an overview of the evidence in support of evolution.

2. Origin of the Universe - "We don't know how the universe started, evolution is wrong."

What banged the Big Bang?  What caused the singularity to become unstable enough to expand -- creating time, space, and matter?  It's an excellent and important question, but one that is very difficult to answer. Moreover, it's not evolution.

What we know is that the universe had a beginning.  We also know that matter is far stranger than many realize.  It even appears  that it can spring from nothingness (and does so rather frequently).

You see, no vacuum is ever really a vacuum.  Even within "nothingness" there is a sea of virtual particles that buzz in and out of existence.  How do we know?  We can place two uncharged metal plates very close together within a vacuum and something bizarre happens.  They get pushed together.  This is known as the Casimir Effect and our best understanding of the situation says that, when the two plates are very near each other they have less virtual particles popping in and out of existence between them than on the outside.  Therefore, they get pushed together.

Why this is a red herring: The red shift of stars and the cosmic microwave background radiation substantiate the claim that the universe began just over 13.7 billion years ago. However, the details of what banged, how, and why have little to do with the development of that first cell.

Theories are highly substantiate explanations of phenomena, not guesses or hunches.  They also don't turn into laws.  Ever.  Why?  Because laws are descriptions of relationships, but not explanations.  Meaning, if the theory of evolution were to turn into a law, it would cease to be an explanation -- you see how the very notion is fundamentally flawed?

First, this is based upon a false hypothesis. Mutations can be considered essentially random, but the process of natural selection that drives most of evolution is the exact opposite of random.  It is highly systematic, and it results in higher rates of survival and reproduction in those who are now better fit for their environment. Moreover,  just become something is random does not mean that it is not an exact science.

5. "Evolution can't produce new species, only variation within a species."

To help people understand their misconceptions about macroevolution, I often ask a few questions.  First, how are you defining a species?  There are numerous definitions, each with strengths and weaknesses depending on the context.

Second, if it were possible to change from one species into another, how long do you suppose that would take?  Many have never stopped to consider how long it would take for slight variations to build up to a sufficient level so that we could call a population a new species. Even though evolution is taking place all around us the process operates so slowly that it is not observable except over thousands or hundreds of thousands of years -- much too long to witness in a human lifetime (or even human historians to record). However, there are cases of significant evolution in quickly reproducing life forms like bacteria and fruit flies.  I recommend these lists of observed evolution: here, here, and here.

Thirdly, what kind of evidence would a person look for to see one species turning into another?  Many have never allowed themselves to consider what life (and the world) would look like if evolution were true.  The answer, of course, is that the fossil record would show progressions of change, species would share inherited similarities to each other, they would have vestigial leftovers from past times, and that we would be able to see small changes adding up over shorter periods of time, like within a human's lifetime.  This is exactly what we find in nature - slow variation adding up over long stretches of time creating new species.

6. "Major gaps in the fossil record show the explanatory inadequacy of evolution."

Fossilization is an extremely rare event.  It's been estimated by Richard Leakey and Roger Lewin that 30 billion species have existed over the history of the Earth.  Of that figure, about 250,000 species have been recovered as fossils.  Only 1/120,000 species have died in the right spot, been buried in just the right way, preserved through the process of fossilization, and were lucky enough to be found by a human.  What we find in the fossil record is a shockingly high number of species showing large scale changes over vast stretches of time (cyanobacteria to multicellular life to more complex life, etc.) as well as small scale changes (Australopithecus to Homo erectus to Homo sapiens, etc.).

7. Age of the Earth - "There wasn't enough time for evolution to have taken place."

This topic might be considered a red herring in that it is definitely not directly evolution, but of this list it is the most essential to establish since it is a precondition for evolution.  Charles Darwin knew that for natural selection to produce the diversity we see on Earth today, vast stretches of time were needed.  While during his day no one was quite sure how old the Earth was, today we can say with an extremely high degree of confidence that the Earth is indeed quite old, roughly 4.6 billion years old.

How do we know this?  There are so, so, so many ways we know the age of the Earth.  Here are just a few:

How depraved despots and others have misused and abused ideas like "survival of the fittest" has absolutely no bearing on whether or not evolution is the best explanation for the unity and diversity of life on planet Earth.  None.  Besides, one can just as easily find positive moral messages within evolutionary history, like the wild success of symbiosis.

9. "It undermines human worth and dignity."

Science is not dictated by how nice or worthy it makes us feel. Science does not bow to human hubris. It does not become untrue because it does not suit us. If you start debating the worth of humans--whether or not we are better/more evolved/created more efficiently--you are not talking about evolution or science, you are talking about philosophy.

As Darwin famously put it in his final paragraph within Origin: "There is grandeur in this view of life, with its several powers, having been originally breathed into a few forms or into one; and that, whilst this planet has gone cycling on according to the fixed law of gravity, from so simple a beginning endless forms most beautiful and most wonderful have been, and are being, evolved."

10. "It counters my religious beliefs."

First, like with the previous point, a fact does not become untrue because it does not suit us. Second, a great many scientists are quite religious and find no conflict between their faith and the facts about evolution.

If you're going to debate evolution, or if you want to do research in order to better understand it, stick to the topic at hand.  Avoid, to the best of your ability, the traps listed above.  Remember also, facts are not implements to hit people over the head with.  They are beautiful revelations of reality that are to be enjoyed and shared.  Good luck.