10 Most Important Numbers in Science (Video) 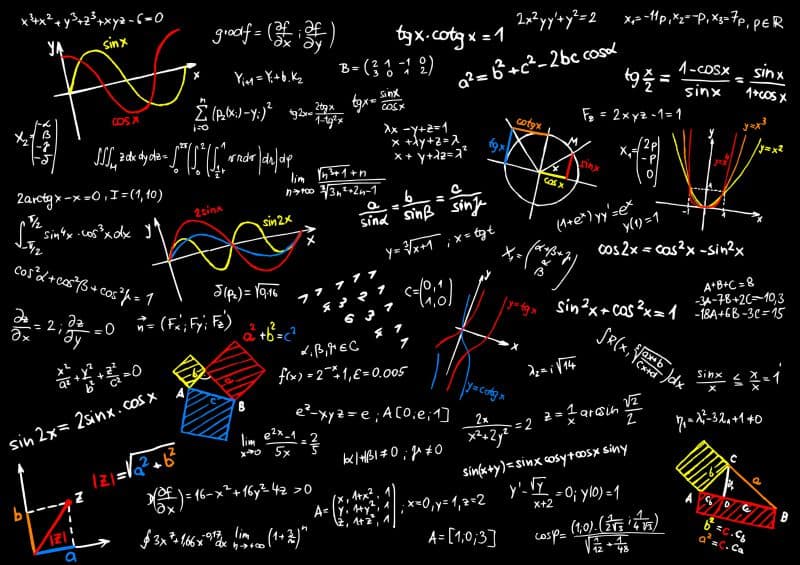 This is one of the most utterly false statements that I have ever heard. Just as humans use verbal sounds in order to communicate ideas and exchange information, numbers (more specifically, math) is system of language – the language of nature. Every day, every person on Earth participates in nature’s beautiful song of numbers  without even knowing it.

When you throw a piece of paper into the trash can a couple feet away, how do you know that you don’t need to throw it as hard as you possibly can to cover the distance? It’s because you instinctively calculated the required trajectory, the air resistance, the weight of the piece of trash, and the force needed to make it to the trashcan. Not only that, but you also figured out how strong of a nerve impulse to send to each muscle at each moment in time to make that muscle contract (or relax) just the right amount at just the right time (of course, if you miss the trashcan, then that means you did your math wrong. But we’ll let it slide.)

Whether we like it or not, the universe is math, and you’re using it right now.

Ultimately, math allows us to survive and function in society. Every morning when I wake up, the math starts to hit me. Before I can function I have to search around my night stand for the concave lenses of my eyeglasses. Using the refractive index, focal length, radius of curvature and thickness of the lens, the “Lensmaker’s equation,” brings the world into focus for me.

But perhaps the most staggering thing about math is that, throughout history, we have discovered concepts and developed theories that were totally useless at the time (or at least, so it seemed); however, these later proved to be invaluable. Many of these concepts eventually led to important breakthroughs in our understanding of the universe, and many others laid the groundwork for mathematical theories that went on to give us a deeper understanding of the cosmos. A

n example of this is found in the field of quantum mechanics, which came about because of Einstein’s work in general and special relativity. In the end, because of math, we can understand the basic construction of our home in the cosmos and the physics that govern is. With this in mind, learn about the most important numbers in history: