10 Amazing Facts About Comets And Asteroids 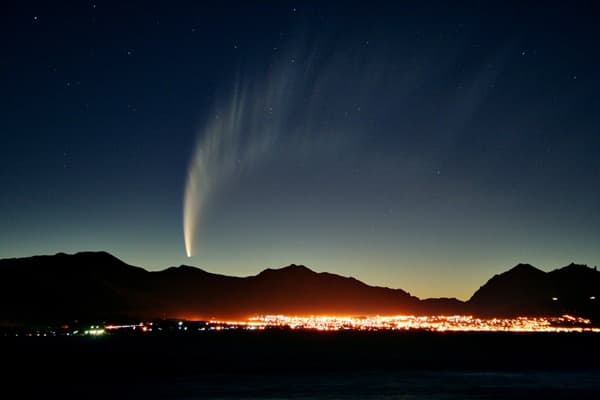 1.) If all of the asteroids were combined into a ball, they would still be much smaller than Earth's moon. If the sun was as tall as a typical front door, Earth would be the size of a nickel, the moon would be about as big as a green pea and Ceres (the largest object in the main asteroid belt) would be as small as a sesame seed.

2.) There are more than 150 asteroids that are known to have a moon (some even have two moons!). The first discovery of an asteroid-moon system was asteroid Ida and its moon Dactyl in 1993.

3.) Asteroids can have ring systems (though they aren't quite as glorious as Saturn's). One asteroid, named Chariklo, is known to have two dense and narrow rings.

4.) More than 10 spacecraft have explored asteroids, and we have even landed on an asteroid (NEAR Shoemaker landed on an Eros).

5.) Ceres, is both the first and largest asteroid to be discovered (in 1801 by Giuseppe Piazzi); it is the closest dwarf planet to the sun and it encompasses over one-third of the estimated total mass of all the asteroids in the asteroid belt.

6.) Due to solar wind, comets tails point away from the Sun, regardless of the direction in which the comet is traveling.

8.) A comet warms up as it nears the sun. As a result, it develops an atmosphere, or coma. The coma may be hundreds of thousands of kilometers/miles in diameter, and the trail of gas and dust that a comet leaves behind may be millions of km/miles long.

9.) Comets may not be able to support life themselves, but they may have brought water and organic compounds—the building blocks of life—to our planet through collisions with Earth and other bodies in our solar system.

10.) As of 2010, scientists have discovered about 4,000 comets, and evidence suggests there may be hundreds of millions more—perhaps even trillions.