This Dark, Funny, Dystopian Sci-Fi Thriller Is One of the Best Reads of 2020

You need to add David Wong's 'Zoey Punches the Future in the Dick' to your winter reading list. 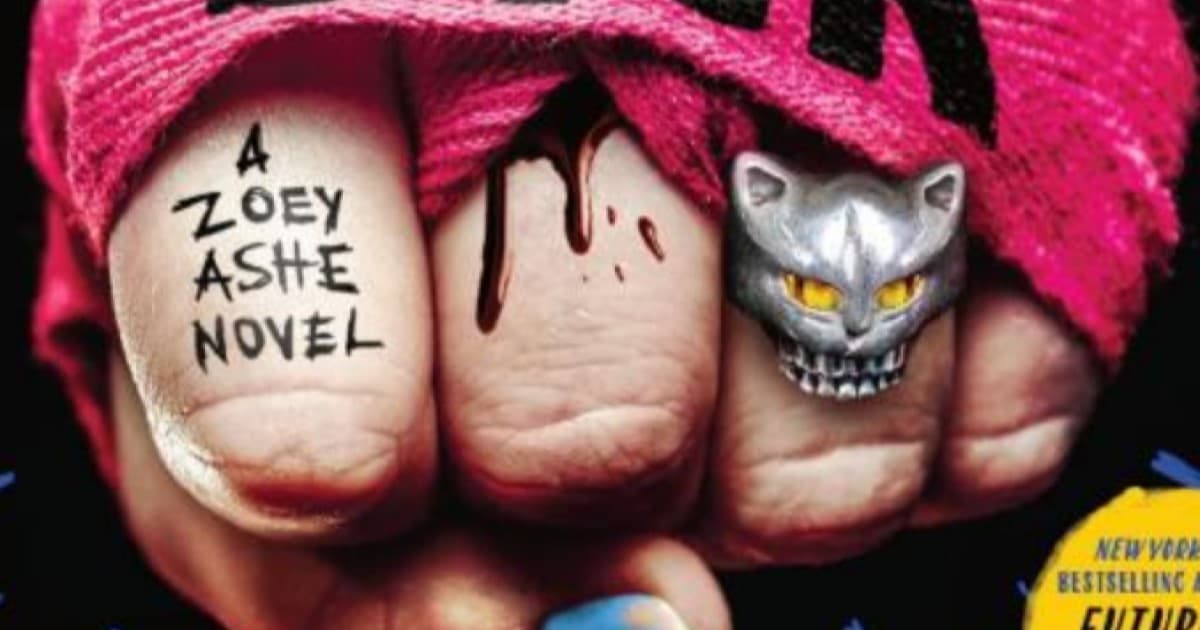 The days are getting shorter. The temperatures are getting colder. Winter, as they say, is coming. And to be perfectly honest, with everything going on in the world right now, it looks like this is going to be a good one to just stay inside, put on your best sweatpants, and curl up with a good book.

Luckily, if you happen to love edgy sci-fi thrillers sprinkled with dark humor and biting social commentary, we have the perfect book to add to your winter reading list. This fall, St. Martin’s Press released Zoe Punches the Future in the Dick, the second installment in the Zoey Ashe series by New York Times bestselling author David Wong. And a lot of science fiction fans are already saying it’s one of the best reads of 2020. We're psyched to read it.

The story's set in a city called Tabula Ra$a, in a near dystopian future, where surgical enhancements have given villains and vigilantes superhuman powers, and privacy is nonexistent because everyone livestreams everything they do on a social network called Blink. It's a fictional world that juxtaposes incredible scientific achievements with unimaginable human depravity. Zoey Punches the Future in the Dick follows a 23-year-old woman named Zoey Ashe who unexpectedly inherited a vast criminal empire from her deceased father. On the eve of the world’s biggest and most lavish Halloween party, Ashe receives a box with a disemboweled corpse that inexplicably comes to life and accuses her of murdering it. With the city already on edge and full of superhuman vigilantes looking to become famous, Zoey and her high-tech team must solve the murder and keep Tabula Ra$a from descending into total chaos.

Written by David Wong, bestselling author of the John Dies at the End series, and former executive editor of Cracked.com, Zoey Punches the Future in the Dick is the followup to 2016’s acclaimed Futuristic Violence and Fancy Suits and the second installment in the Zoey Ashe series.

Praise for Zoey Punches the Future

If nothing else, Zoey Punches the Future in the Dick is probably worth buying just because of the title. After all, who among us doesn’t want to punch the future in the dick right about now? That being said, according to people who review books for a living, there are plenty of other good things to say about this book as well.

Shelf Awareness calls Zoey Punches the Future in the Dick “a funhouse mirror of modern society viewed through a superhero comic or a James Bond movie...with commentary on celebrity culture, social media, and toxic masculinity.”

Publishers Weekly calls it “a brilliant modern parable disguised as pop fiction,” one that “sneaks a nuanced examination of the surrealist nature of the digital age into the nonstop action, whipping technological, philosophical, and ethical questions into a wild romp that satirizes everything from the men’s rights movement to gaming culture to the cult of celebrity.”

Last but not least, Booklist calls Zoey Punches the Future in the Dick Wong’s best work yet. They argue that, in addition to Wong’s trademark humor and imagination, it has a "grounded sense of humanity" that takes it to another level.

Zoey Punches the Future in the Dick is on sale now in hardcover, paperback, and digital. If you’re looking for a smart, fun, weird, and irreverent take on the modern world, order your copy today.

Read This Next
Brands We Love
Curiosity Stream Is The Streaming Service For Science Lovers
Brands We Love
Try Curiosity Stream, the Antidote for Dumbed-Down Television, Free for 7 Days
Brands We Love
'Exhalation: Stories' by Ted Chiang Is Essential Reading for Science Fiction Fans
Brands We Love
After 40 Years, This Classic Out-of-Print Dune Game Is Being Re-Released
Brands We Love
Our Critically Acclaimed Futurism Cartoons Instagram Page Is Getting Its Own Book
More on Sci-Fi Visions
FROM THE DEPT. OF...
Yesterday on futurism
The Best Tablets for Note-Taking of 2022
Crypto Apocalypse
Yesterday on the byte
Crypto Investors Despondent After Losing Life Savings in FTX "Bloodbath"
Butcher Shop
Tuesday on futurism
Neuralink Employees Admit Company Has Killed 1,500 Animals So Far
READ MORE STORIES ABOUT / Sci-Fi Visions
Keep up.
Subscribe to our daily newsletter to keep in touch with the subjects shaping our future.
+Social+Newsletter
TopicsAbout UsContact Us
Copyright ©, Camden Media Inc All Rights Reserved. See our User Agreement, Privacy Policy and Data Use Policy. The material on this site may not be reproduced, distributed, transmitted, cached or otherwise used, except with prior written permission of Futurism. Articles may contain affiliate links which enable us to share in the revenue of any purchases made.
Fonts by Typekit and Monotype.