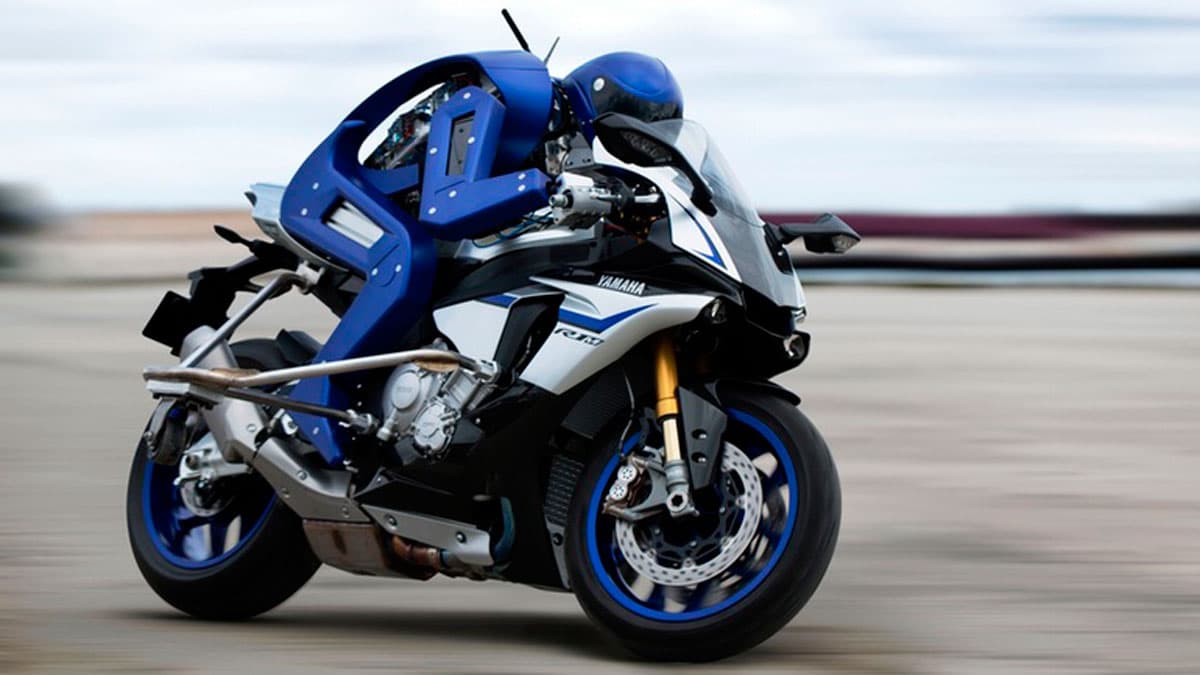 Yamaha unveiled their motorcycle-riding humanoid robot named Motobot at the Tokyo Motor Show atop its 1000cc R1M sporting motorcycle. Motobot is a product of Yamaha’s attempts at creating a robot that can competently ride a motorcycle on a racetrack. In a brief press statement, Yamaha says that the "task of controlling the complex motions of a motorcycle at high speeds requires a variety of control systems that must function with a high degree of accuracy." As of now, very little is known about the Motobot itself.

The company intends to develop rider-support systems for motorcycles that make driving safer, resembling the similar systems being developed for automobiles.Yamaha’s statement goes on to say that they "want to apply the fundamental technology and know-how gained in the process of this challenge to the creation of advanced rider safety and rider-support systems and put them to use in our current businesses, as well as using them to pioneer new lines of business."

Read This Next
Futurism
Future Robots May be Considered "Electronic Persons"
Futurism
Humanoid Robots Eerily Converses With Audience at Conference
Futurism
Scientists Made A New Humanoid Robot, And It Walks Just Like a Human
Futurism
Get to Know Jia Jia, China's Super Realistic Humanoid Robot
Futurism
Study Shows Touching a Humanoid Robot Elicits Arousal In Humans
More on Artificial Intelligence
AI Asshole
Yesterday on the byte
BuzzFeed Columnist Tells CEO to "Get F*cked" for Move to AI Content
Deepfaked Neighbors
Yesterday on futurism
Trashy TV Prank Show Deepfakes Celebrities Into Jackass-Style Situations
Bad Bots
Yesterday on the byte
Oxford Scientists Warn AI Could Be More Deadly Than Nuclear Weapons
READ MORE STORIES ABOUT / Artificial Intelligence
Keep up.
Subscribe to our daily newsletter to keep in touch with the subjects shaping our future.
+Social+Newsletter
TopicsAbout UsContact Us
Copyright ©, Camden Media Inc All Rights Reserved. See our User Agreement, Privacy Policy and Data Use Policy. The material on this site may not be reproduced, distributed, transmitted, cached or otherwise used, except with prior written permission of Futurism. Articles may contain affiliate links which enable us to share in the revenue of any purchases made.
Fonts by Typekit and Monotype.