World's First Bionic Pop Artist: You Should Be Able to Transcend Your Physical Body

“People should be able to recreate everything from the inside out.” 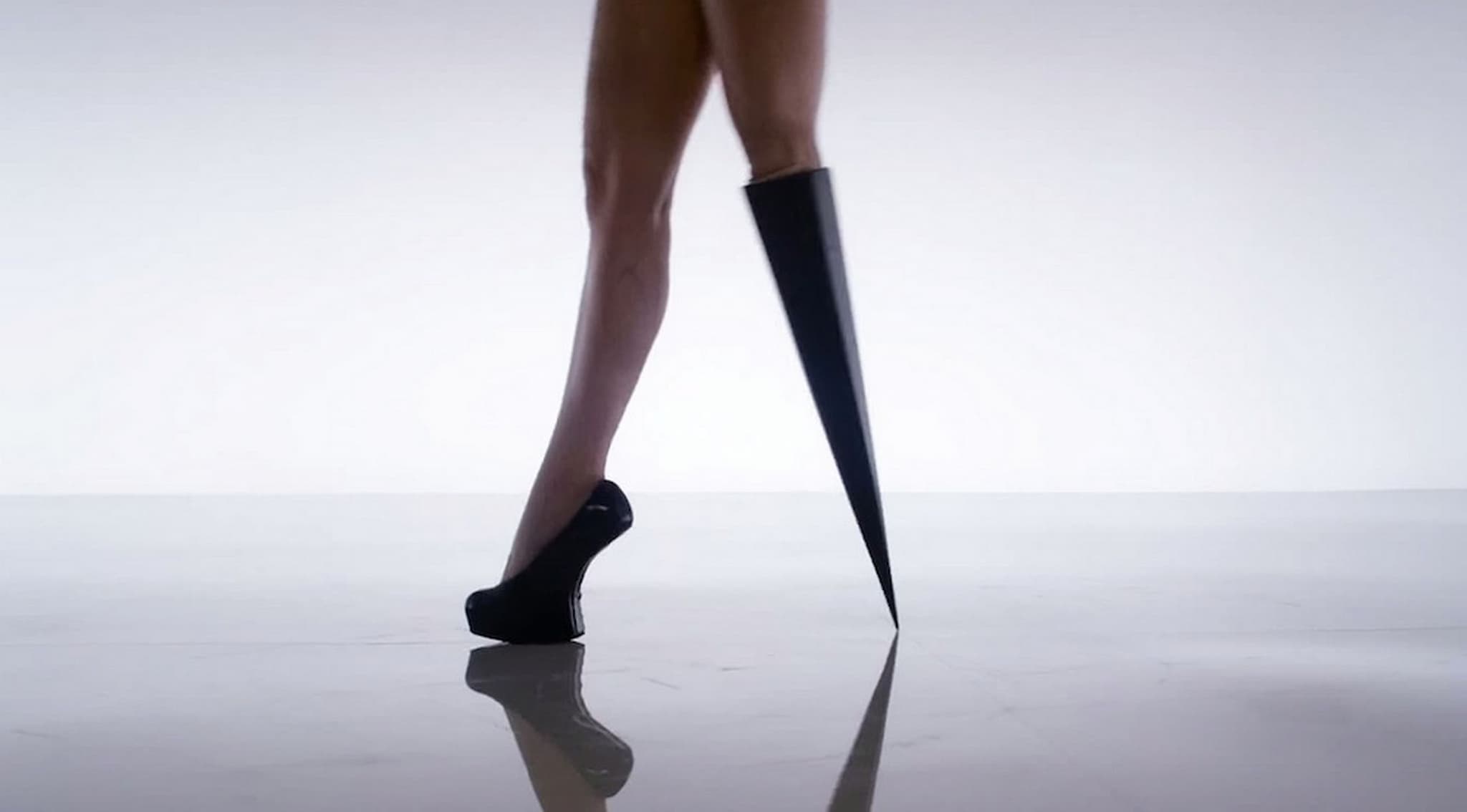 Viktoria Modesta was born in Daugavpils, part of the now-defunct Soviet Union, in 1987. At the time of her birth, a doctor's negligence resulted in a serious, lasting injury to her left leg that condemned her to repeated surgeries, hospitalizations, and ongoing pain throughout her childhood. Nevertheless, from the time she was a small child she showed a passion for music, and began to train as a singer in a music school. When she was 12 years old, Modesta relocated from Latvia to the United Kingdom.

In 2007, at age 20, Modesta made a decision that would change her life and set her on a path toward transforming her identity: she chose to amputate her leg below the knee. Although at the time she made the choice predominantly to protect her future health and improve her mobility, her decision was the start of a new identity as a bionic pop artist for her — and a new way of thinking about disability and altered beauty for the world.

Distinguished Professor Emerita in the University of California, Santa Cruz's History of Consciousness Department, Donna Haraway, described a cyborg existence that involved seizing tools that dominant society used to mark you as “other,” and proudly claiming one's cyborg, chimera identity. This “otherness” that people with disabilities, for example, are often saddled with can be used as a foil and shield within this thought paradigm. Modesta is a living proof of concept for this idea, her very existence a radical statement in the face of oppressive norms, including physicality.

Modesta comments, “Once you are able to transcend the idea of your body, and the idea that what your body means is ‘you,’ once you get over it, you realize there are other things that make you who you are.” For Modesta, severing her leg in what might have been seen by others as an act of violence was the key to really knowing herself, not just the self presented by her physical body.

There are plenty of classic cautionary tales warning us to retain “enough” of our body to preserve our humanity — Luke Skywalker managed to after Darth Vader failed to finish him off, and later came to view his mechanical hand as a symbol of Vader's succumbing to evil, so two-handed bipedal flesh-and-blood existence must be the moral highway, right? On the contrary, as a matter of history, philosophy, or both, today our culture is starting to see these conflicts through different eyes. The Westworld of 2016 depicts brutal humans exploiting machines who portray the best of humanity more poignantly than the actual humans; contrast this with the 1973 version in which the androids were unthinking murder machines.

All of this brings with it a host of interesting philosophical questions, questions that deconstruct the very core assumptions and paradigms about what it means to be human. Do you need a physical body to be you? If so, must it be organic? If you originated in a physical human body, does it matter what happens to your physicality from there on out? Why does consciousness need to be embodied at all? Modesta challenges what it means to be human in her life, and in her work. Yet she too does not presume to know the right answers, wondering, “I often think about how much of my body would need to be remaining, biologically, for me to still feel like ‘me.’”

Legend has it that a few thousand years ago a man named Theseus sailed back into Athens, after a strange adventure in Crete. To preserve the ship as monument to Greek heroism, the ship was refitted over the years, replacing old and worn planks with new ones. Piece by piece, the ship gradually became a totally different composite of wooden planks and iron nails. Did this destroy the ship? When, if at all, did the ship cease to exist? How many planks can be replaced before the old ship is lost, and a new one is born? Whether or not there's an answer to this ancient paradox, we can be sure that Modesta is dancing on the bow of that ship.

Read This Next
Futurism
A Bionic Pop Superstar is Going to War for Science
Futurism
Real-Life Bionic Woman: The Future Will See Augmented Humans, Not AI Dominion
Futurism
A Mechanical Engineer Spent 7 Months Building an Epic Cyborg Ninja Helmet
More on Future Society
I Silence Thee
Jan 28 on futurism
Leaked Messages Seem to Show Elon Musk Using Twitter to Punish His Enemies
Gas Giant
Jan 27 on the byte
Journalist Eats Lab-Grown Chicken, Gets "Weirdly Gassy"
Musk Rats
Jan 26 on the byte
Twitter Is Quietly Re-Suspending the Lunatics Elon Musk Let Back On
READ MORE STORIES ABOUT / Future Society
Keep up.
Subscribe to our daily newsletter to keep in touch with the subjects shaping our future.
+Social+Newsletter
TopicsAbout UsContact Us
Copyright ©, Camden Media Inc All Rights Reserved. See our User Agreement, Privacy Policy and Data Use Policy. The material on this site may not be reproduced, distributed, transmitted, cached or otherwise used, except with prior written permission of Futurism. Articles may contain affiliate links which enable us to share in the revenue of any purchases made.
Fonts by Typekit and Monotype.