"At what point does an activity transform from an entertainment to a disorder?" 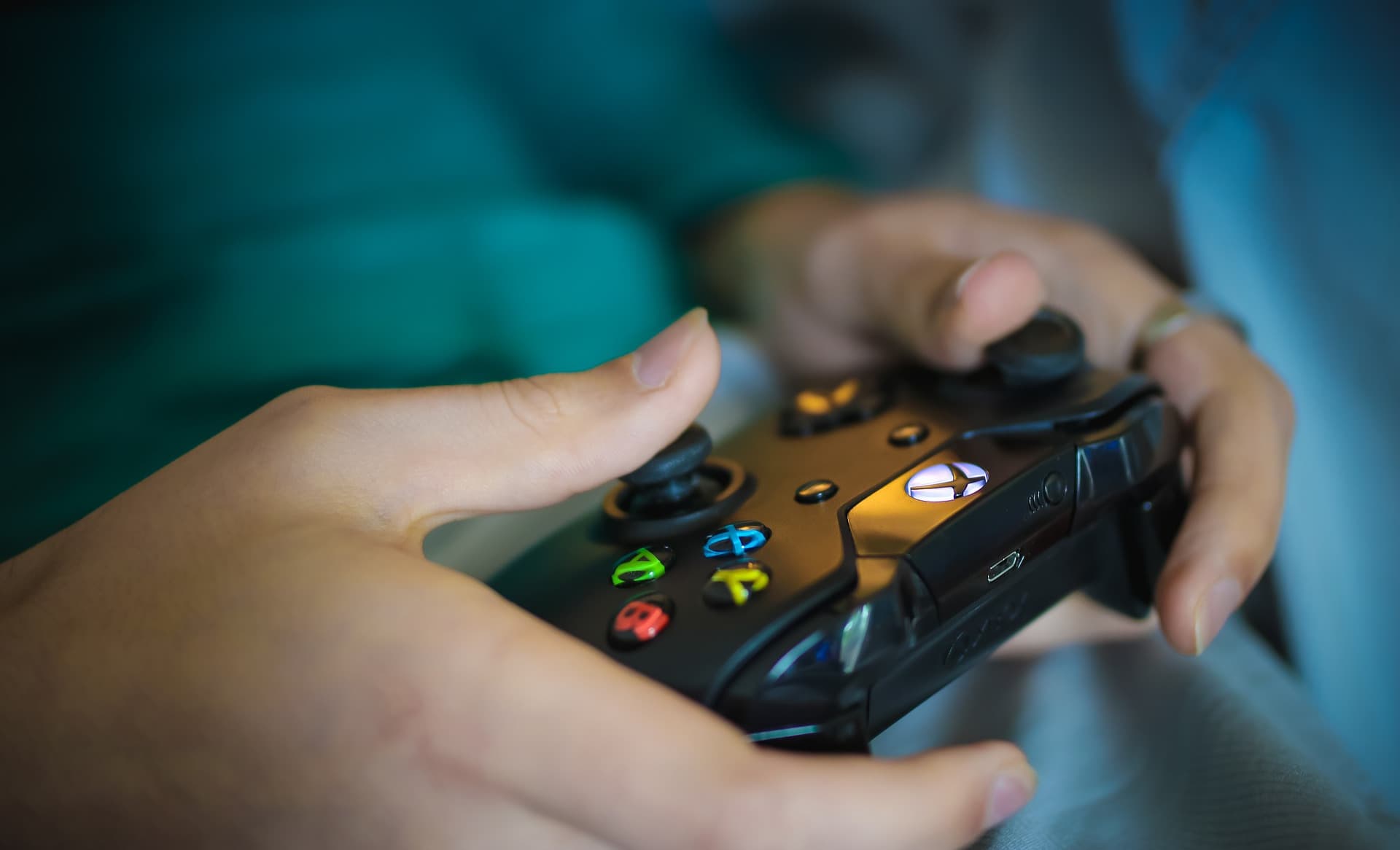 In 2018, the World Health Organization plans to add “gaming disorder” – characterized by a pattern of persistent or recurrent gaming behavior – to its list of mental health conditions.

According to the beta draft site, the WHO's 11th International Classification of Diseases (ICD) defines a number of diseases, disorders, injuries and other related health conditions, which are listed in a comprehensive, hierarchical fashion. It enables the sharing of health information between countries and facilitates the analysis of “health information for evidence-based decision-making.” The previous version of the ICD was approved in 1990 by the 43rd World Health Assembly. The current draft that lists “gaming disorder,” is not final, nor does it list prevention or treatment options. The beta draft site, updated daily, is also not approved by the WHO.

The WHO’s impending beta draft for the next ICD classifies gaming disorder as a pattern of behavior with “impaired control over gaming,” in terms of its frequency, intensity, duration, and the capacity to quit. The disorder falls under the parent category of “Disorders due to addictive behaviors,” and is characterized by giving increased priority to gaming over other daily activities.

Applying to both online and offline video gaming, the condition is also defined by the “continuation or escalation of gaming despite the occurrence of negative consequences." In order to be diagnosed, these behaviors must be evident over a period of at least 12 months, according to the draft.

A Matter of Contention

“The WHO designation is now generally in line with the American Psychiatric Association’s Diagnostic and Statistical Manual of Mental Disorder, Fifth Edition (DSM-5)’s description of internet gaming disorder (IGD),” Nancy Petry, a professor of medicine at the University of Connecticut Health Center, told Futurism. The main difference though, Petry said, is that the DSM-5 didn’t consider the data sufficient to classify IGD as a unique mental health condition. Rather, it’s categorized under “conditions for further study.”

The WHO’s decision highlights a schism among psychologists: some think the new designation is a welcome one, but others don't see enough evidence to justify it.

Alexander Blaszczynski, a professor of clinical psychology at the University of Sydney, Australia told Futurism he is concerned about “the absence of clear diagnostic criteria determining what constitutes a gaming disorder, and the validity of applying existing addiction criteria to a behavior.” He noted that there is a range of behaviors now being identified as addictions — everything from salsa dancing, to smartphones, to in vitro fertilization. “At what point does an activity transform from an entertainment to a disorder?” he said.

The controversy ultimately reflects some deeper philosophical debates that have dogged most areas of medicine for many years, Ronald Pies, a clinical professor of psychiatry at Tufts University School of Medicine, told Futurism. “What should or should not count as "disease" or "disorder"? Do we require physiological, biochemical, or neurological "markers" of a putative disease entity in order to validate it, or is it sufficient to document substantial impairment and dysfunction in activities of daily living, responsibilities, etc., as the WHO criteria emphasize?”

Chris Ferguson, a professor of psychology at Stetson University in Florida told Futurism that he does not support the WHO’s designation. “Basically I don't think the research is there yet to support this as a diagnosis and there is considerable risk of harm due to a 'junk diagnosis,'" he said.

He said research suggests what we're calling "gaming disorder" isn't really a solitary diagnosis. Ferguson said some people certainly overdo gaming, as others may "overdo" or develop addictions to myriad other activities like shopping, exercise, and sex, “but the data we have suggests that usually individuals have a preexisting mental health condition like depression or anxiety first, then use these activities as coping mechanisms.”

Pies said he shared many of Ferguson’s concerns, saying he was “more skeptical than not” of the designation. “While some recent neurophysiological studies suggest that IGD may be a discrete disorder, there is still no scientific consensus on this point. It is unclear whether IGD is truly a "stand alone" condition; whether it is mostly explained by other underlying conditions, such as anxious or depressive disorders; or whether it is merely a subtype of so-called "behavioral addictions", which are themselves sources of scientific controversy,” Pies said.

Others, like Douglas Gentile, a psychology professor at Iowa State University, see this as a big step in the right direction. Gentile compared where we are with gaming “addiction” as “similar to where we were with alcoholism in the 1960s.” At that time, alcoholism was considered a moral failing — people thought ‘it’s your own damn fault,’” he told Futurism. “It took another 30 years for people to agree that a medical model for alcoholism makes sense and now people can get the help they need.”

Gentile doesn't think our culture is ready to accept the medical model of video gaming, and still sees it as a moral failing — mostly by the children’s parents. “We have lots of people who could be helped, but aren’t being helped. If you walk into a doctor or psychiatrist’s office, they either won’t treat it or you have to pay out of pocket.”

Ferguson isn’t sure “why the WHO is so obsessed with gaming when a wide range of behaviors can be overdone.” Given that other potential addictions, like food or sex, have as much research as gaming, it seems likely that the WHO's kneejerk reaction comes from a broader moral panic over video games and technology, he said.

But Gentile counters that the WHO’s acknowledgement that video gaming could be a problem “puts truth back on the table,” Gentile said. “We need to treat games with more respect. We play them because we want to be affected, but then say they have no effects.”

As our video game experience expands with virtual reality (VR) and augmented reality (AR), the argument gets even murkier. “One thing that we do know about addictions, generally, is that the number one predictor [for] if you’re going to become an addict is access,” said Gentile. “If you can’t get drugs, you can’t become addicted to them. Now that we’ve made gaming this ubiquitous — on phones, with gaming tech and VR tech in-house — we’ve made access open to everyone.”

Gentile isn’t certain that VR games are more addicting than their traditional counterparts. “We don’t know if greater immersion makes the games more addictive. To say that VR will be more addictive is making the argument that seeing things in three dimensions is more addictive than seeing them in two.” But he added that we don’t have the scientific evidence to support that.

Scientists do tend to agree on one thing: that the designation will ensure researchers pay more attention to the problems that can arise from excessive gaming. “It is important that people with this condition receive help, and that research progresses in a manner consistent with state of the art science applied toward other mental health conditions,” said UCONN’s Nancy Petry.

Moreover, the WHO designation could help those diagnosed with video gaming disorder in another way: if they're able to access treatment, it could be covered by insurance. However, Ronald Pies warned that “social goods" of this sort do not amount to a scientific justification for a disease category, and even among supporters of the diagnosis, there is no consensus regarding what the effective "treatment" would be.

Read This Next
VR Gaming
Expert: VR Headsets Should Have Brain Interfaces
A Week in VR
This Guy Spent a Whole Week In a VR Headset
Futurism
Virtual Reality Has Reached A "Tipping Point." It's Officially Here to Stay.
Futurism
Witness the Remarkable Evolution of Animation in Video Games
Futurism
This Fall, You Can Join the Star Trek Crew in Virtual Reality
More on Virtuality
Biggest Loser
Thursday on the byte
Facebook's Metaverse Division Lost Nearly $14 Billion Dollars Last Year
Meta Marked
Jan 25 on the byte
The Metaverse Industry Is Already Going Belly-Up, for Reasons We Can't Imagine
Try Again
Jan 13 on the byte
Congress Rejects Funding the Military's Microsoft AR Goggles Because They Made Soldiers Sick
READ MORE STORIES ABOUT / Virtuality
Keep up.
Subscribe to our daily newsletter to keep in touch with the subjects shaping our future.
+Social+Newsletter
TopicsAbout UsContact Us
Copyright ©, Camden Media Inc All Rights Reserved. See our User Agreement, Privacy Policy and Data Use Policy. The material on this site may not be reproduced, distributed, transmitted, cached or otherwise used, except with prior written permission of Futurism. Articles may contain affiliate links which enable us to share in the revenue of any purchases made.
Fonts by Typekit and Monotype.