Despite warnings, Vanna Belton underwent an unorthodox stem cell treatment that, she says, ultimately allowed her to see again. 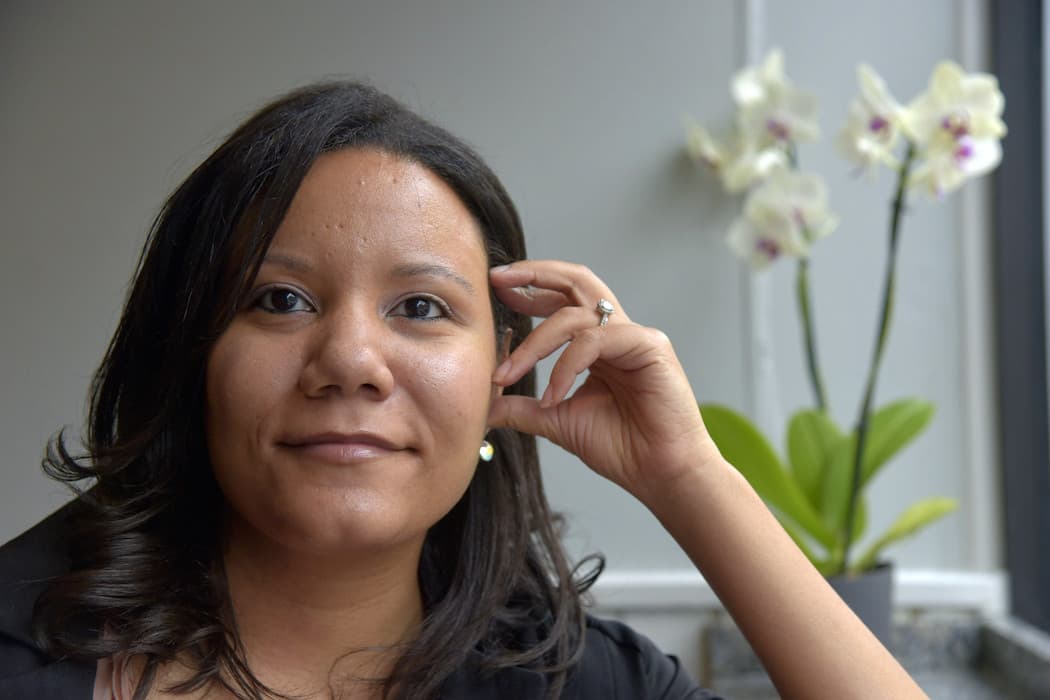 For half a decade, Vanna Belton lived her life in relative darkness. At 29, while training to be an officer, Belton was sitting in traffic when she noticed that streetlights were starting to get blurry. In just a few weeks, Belton lost her vision almost completely, with no explanation as to the sudden onset of optic neuritis.

Essentially, Belton’s damaged optic nerve which was due to inflammation, couldn’t send visual information to her brain. Doctors theorized it could have been caused by multiple sclerosis, which she tested negative for. As a result, she was  told that her sight would eventually improve—yet, after half a year, the doctors had no choice but to tell Belton that her blindness may no longer be temporary.

With the cause being a mystery, and little hope of ever finding a way to treat the condition, Belton began to explore alternative options for treatment—among them, an unconventional stem cell treatment that, she claims, is the reason why she has now regained her sense of sight.

It should also be noted that the doctor in charge wasn’t even following proper procedure for clinical study. His theories weren’t tested on lab animals first or used to test for probability of success on computers, he also didn't make an effort to test for safety among a small test group.

While local doctors strongly advised against it, Belton decided to go through the four hour procedure, where bone marrow was extracted from her hip so that stem cells could be taken from it, and it was then injected into her right eye’s retina and directly into her left eye’s optic nerve.

Nevertheless, results from the risky procedure are (apparently) positive.

Belton claims that she can now read and even navigate in public without any of the aids she used prior to her losing her vision. And as unconventional as Dr. Weiss’ methods are, stem cell advocates and researchers are acknowledging the success of the results, in the same way that they are acknowledging that neither is there enough information to fully judge his research.

Ultimately, stories like this raise important questions about access to treatment and the ability (and rights) of the individual to make their own healthcare choices.

Read This Next
Futurism
Dentists Find Tooth Root Pulp Can Become an Alternative Source of Stem Cells
Futurism
New Method of Stem Cell Therapy Shown to Regenerate Heart Tissue
Futurism
Regenerative Biology: Scientists Discovered A New Molecule That Regenerates Bone Tissue
Futurism
The Age of Cloning: All of Dolly the Sheep's Clones Are 'Healthy'
Futurism
Scientists Confirm: Reprogrammed Adult Stem Cells Perfectly Mimic Embryonic Stem Cells
More on Hard Science
Warped Tour
Feb 2 on futurism
Professor Believes Door to Warp Drive May Lie With Ethylene Glycol
Sky Bursts
Feb 2 on the byte
Astronomers Intrigued by 25 Mysterious Repeating Radio Signals From Deep Space
Tractor Beam
Jan 26 on the byte
Scientists Build Working Tractor Beam, Although It's Comically Tiny
READ MORE STORIES ABOUT / Hard Science
Keep up.
Subscribe to our daily newsletter to keep in touch with the subjects shaping our future.
+Social+Newsletter
TopicsAbout UsContact Us
Copyright ©, Camden Media Inc All Rights Reserved. See our User Agreement, Privacy Policy and Data Use Policy. The material on this site may not be reproduced, distributed, transmitted, cached or otherwise used, except with prior written permission of Futurism. Articles may contain affiliate links which enable us to share in the revenue of any purchases made.
Fonts by Typekit and Monotype.