We Shouldn't Worry About Contaminating Mars With Earth Microbes

No matter what, microbial hitchhikers will definitely be introduced to the Martian environment. 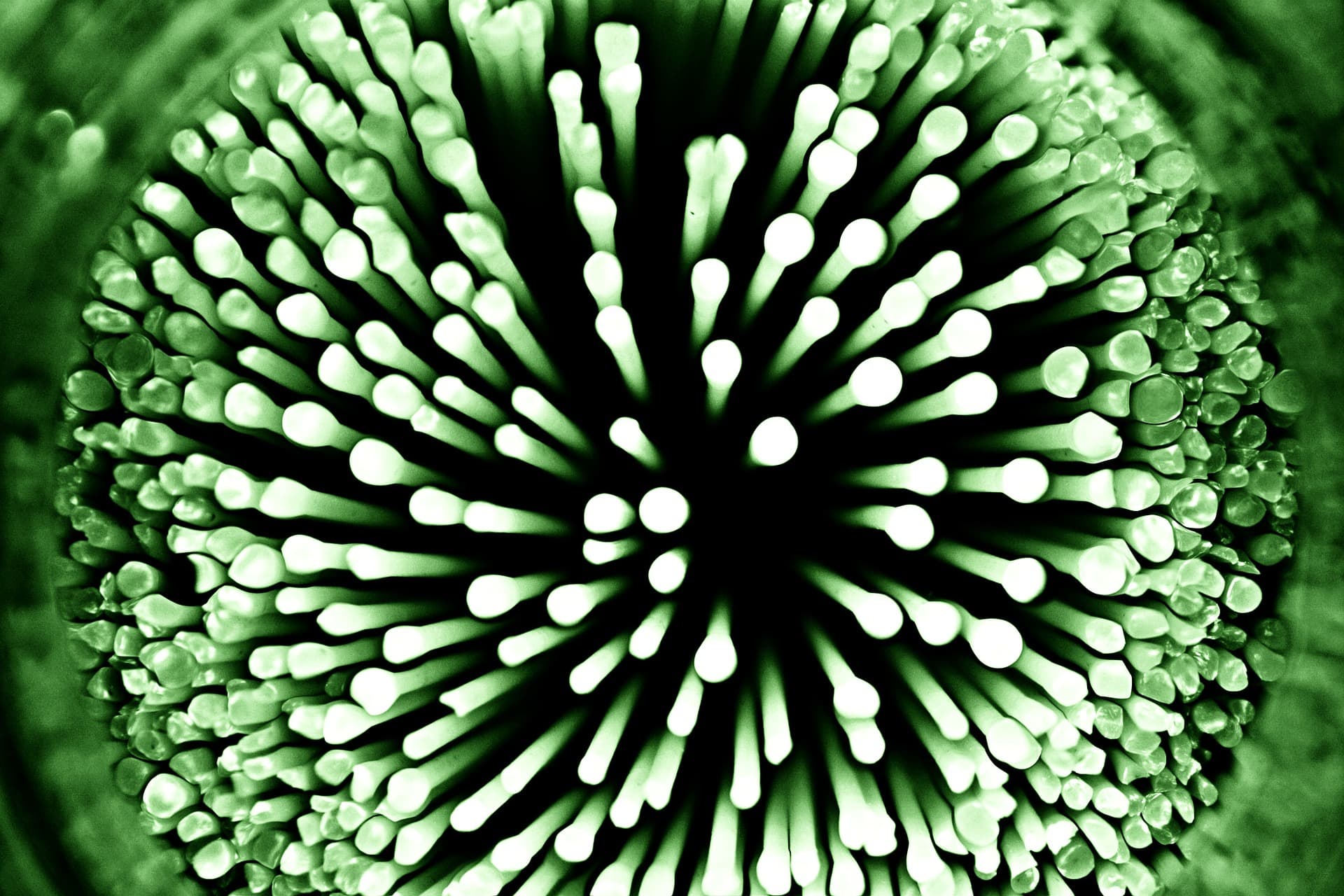 There may be no bigger question than whether we are alone in our solar system. As our spacecraft find new clues about the presence of liquid water now or in the past on Mars, the possibility of some kind of life there looks more likely. On Earth, water means life, and that’s why the exploration of Mars is guided by the idea of following the water.

But the search for life on Mars is paired with plenty of strong warnings about how we must sterilize our spacecraft to avoid contaminating our neighbor planet. How will we know what’s native Martian if we unintentionally seed the place with Earth organisms? A popular analogy points out that Europeans unknowingly brought smallpox to the New World, and they took home syphilis. Similarly, it is argued, our robotic explorations could contaminate Mars with terrestrial microorganisms.

As an astrobiologist who researches the environments of early Mars, I suggest these arguments are misleading. The current danger of contamination via unmanned robots is actually quite low. But contamination will become unavoidable once astronauts get there. NASA, other agencies and the private sectorhope to send human missions to Mars by the 2030s.

Space agencies have long prioritized preventing contamination over our hunt for life on Mars. Now is the time to reassess and update this strategy – before human beings get there and inevitably introduce Earth organisms despite our best efforts.

What Planetary Protection Protocols Do

Strict cleaning procedures are required on our spacecraft before they’re allowed to sample regions on Mars which could be a habitat for microorganisms, either native to Mars or brought there from Earth. These areas are labeled by the planetary protection offices as “Special Regions.”

The worry is that, otherwise, terrestrial invaders could jeopardize potential Mars life. They also could confound future researchers trying to distinguish between any indigenous Martian life forms and life that arrived as contamination from Earth via today’s spacecraft.

The sad consequence of these policies is that the multi-billion-dollar Mars spacecraft programs run by space agencies in the West have not proactively looked for life on the planet since the late 1970s.

That’s when NASA’s Viking landers made the only attempt ever to find life on Mars (or on any planet outside Earth, for that matter). They carried out specific biological experiments looking for evidence of microbial life. Since then, that incipient biological exploration has shifted to less ambitious geological surveys that try to demonstrate only that Mars was “habitable” in the past, meaning it had conditions that could likely support life.

Even worse, if a dedicated life-seeking spacecraft ever does get to Mars, planetary protection policies will allow it to search for life everywhere on the Martian surface, except in the very places we suspect life may exist: the Special Regions. The concern is that exploration could contaminate them with terrestrial microorganisms.

Can Earth Life Make It On Mars?

Consider again the Europeans who first journeyed to the New World and back. Yes, smallpox and syphilis traveled with them, between human populations, living inside warm bodies in temperate latitudes. But that situation is irrelevant to Mars exploration. Any analogy addressing possible biological exchange between Earth and Mars must consider the absolute contrast in the planets’ environments.

A more accurate analogy would be bringing 12 Asian tropical parrots to the Venezuelan rainforest. In 10 years we may very likely have an invasion of Asian parrots in South America. But if we bring the same 12 Asian parrots to Antarctica, in 10 hours we’ll have 12 dead parrots.

We’d assume that any indigenous life on Mars should be much better adapted to Martian stresses than Earth life is, and therefore would outcompete any possible terrestrial newcomers. Microorganisms on Earth have evolved to thrive in challenging environments like salt crusts in the Atacama desert or hydrothermal vents on the deep ocean floor. In the same way, we can imagine any potential Martian biosphere would have experienced enormous evolutionary pressure during billions of years to become expert in inhabiting Mars’ today environments. The microorganisms hitchhiking on our spacecraft wouldn’t stand much of a chance against super-specialized Martians in their own territory.

So if Earth life cannot survive and, most importantly, reproduce on Mars, concerns going forward about our spacecraft contaminating Mars with terrestrial organisms are unwarranted. This would be the parrots-in-Antarctica scenario.

On the other hand, perhaps Earth microorganisms can, in fact, survive and create active microbial ecosystems on present-day Mars – the parrots-in-South America scenario. We can then presume that terrestrial microorganisms are already there, carried by any one of the dozens of spacecraft sent from Earth in the last decades, or by the natural exchange of rocks pulled out from one planet by a meteoritic impact and transported to the other.

In this case, protection protocols are overly cautious since contamination is already a fact.

Another argument to soften planetary protection protocols hinges on the fact that current sterilization methods don’t actually “sterilize” our spacecraft, a feat engineers still don’t know how to accomplish definitively.

The cleaning procedures we use on our robots rely on pretty much the same stresses prevailing on the Martian surface: oxidizing chemicals and radiation. They end up killing only those microorganisms with no chance of surviving on Mars anyway. So current cleaning protocols are essentially conducting an artificial selection experiment, with the result that we carry to Mars only the most hardy microorganisms. This should put into question the whole cleaning procedure.

Further, technology has advanced enough that distinguishing between Earthlings and Martians is no longer a problem. If Martian life is biochemically similar to Earth life, we could sequence genomes of any organisms located. If they don’t match anything we know is on Earth, we can surmise it’s native to Mars. Then we could add Mars’ creatures to the tree of DNA-based life we already know, probably somewhere on its lower branches. And if it is different, we would be able to identify such differences based on its building blocks.

Mars explorers have yet another technique to help differentiate between Earth and Mars life. The microbes we know persist in clean spacecraft assembly rooms provide an excellent control with which to monitor potential contamination. Any microorganism found in a Martian sample identical or highly similar to those present in the clean rooms would very likely indicate contamination – not indigenous life on Mars.

The Window Is Closing

On top of all these reasons, it’s pointless to split hairs about current planetary protection guidelines as applied to today’s unmanned robots since human explorers are on the horizon. People would inevitably bring microbial hitchhikers with them, because we cannot sterilize humans. Contamination risks between robotic and manned missions are simply not comparable.

Whether the microbes that fly with humans will be able to last on Mars is a separate question – though their survival is probably assured if they stay within a spacesuit or a human habitat engineered to preserve life. But no matter what, they’ll definitely be introduced to the Martian environment. Continuing to delay the astrobiological exploration of Mars now because we don’t want to contaminate the planet with microorganisms hiding in our spacecrafts isn’t logical considering astronauts (and their microbial stowaways) may arrive within two or three decades.

Prior to landing humans on Mars or bringing samples back to Earth, it makes sense to determine whether there is indigenous Martian life. What might robots or astronauts encounter there – and import to Earth? More knowledge now will increase the safety of Earth’s biosphere. After all, we still don’t know if returning samples could endanger humanity and the terrestrial biosphere. Perhaps reverse contamination should be our big concern.

The main goal of Mars exploration should be to try to find life on Mars and address the question of whether it is a separate genesis or shares a common ancestor with life on Earth. In the end, if Mars is lifeless, maybe we are alone in the universe; but if there is or was life on Mars, then there’s a zoo out there.

Read This Next
A Sip of Opal
NASA Discovers Precious Gemstones on Mars
Martian Oases
Scientist Proposes Growing a Forest Inside a Bubble on Mars
Big Impact
Meteorite Hit Mars So Hard NASA Thought It Was a Quake
Palliative Care
NASA's Mars Lander Refuses to Die Even Though It's Supposed To
Signs Of Life
NASA Seems Awfully Excited About Finding Organic Matter on Mars
More on Off World
Heavy Metal
6:27 PM on the byte
NASA Mars Rover Finds Metallic Object That Smashed Down on Surface
Small But Mighty
5:44 PM on the byte
Baby Asteroid Photobombs James Webb On Accident
Little Guy
3:28 PM on the byte
Scientists Prototype "Creeping" Lizard-Like Robot for Exploring Mars
READ MORE STORIES ABOUT / Off World
Keep up.
Subscribe to our daily newsletter to keep in touch with the subjects shaping our future.
+Social+Newsletter
TopicsAbout UsContact Us
Copyright ©, Camden Media Inc All Rights Reserved. See our User Agreement, Privacy Policy and Data Use Policy. The material on this site may not be reproduced, distributed, transmitted, cached or otherwise used, except with prior written permission of Futurism. Articles may contain affiliate links which enable us to share in the revenue of any purchases made.
Fonts by Typekit and Monotype.