The same magnetic science will help the Hyperloop run. 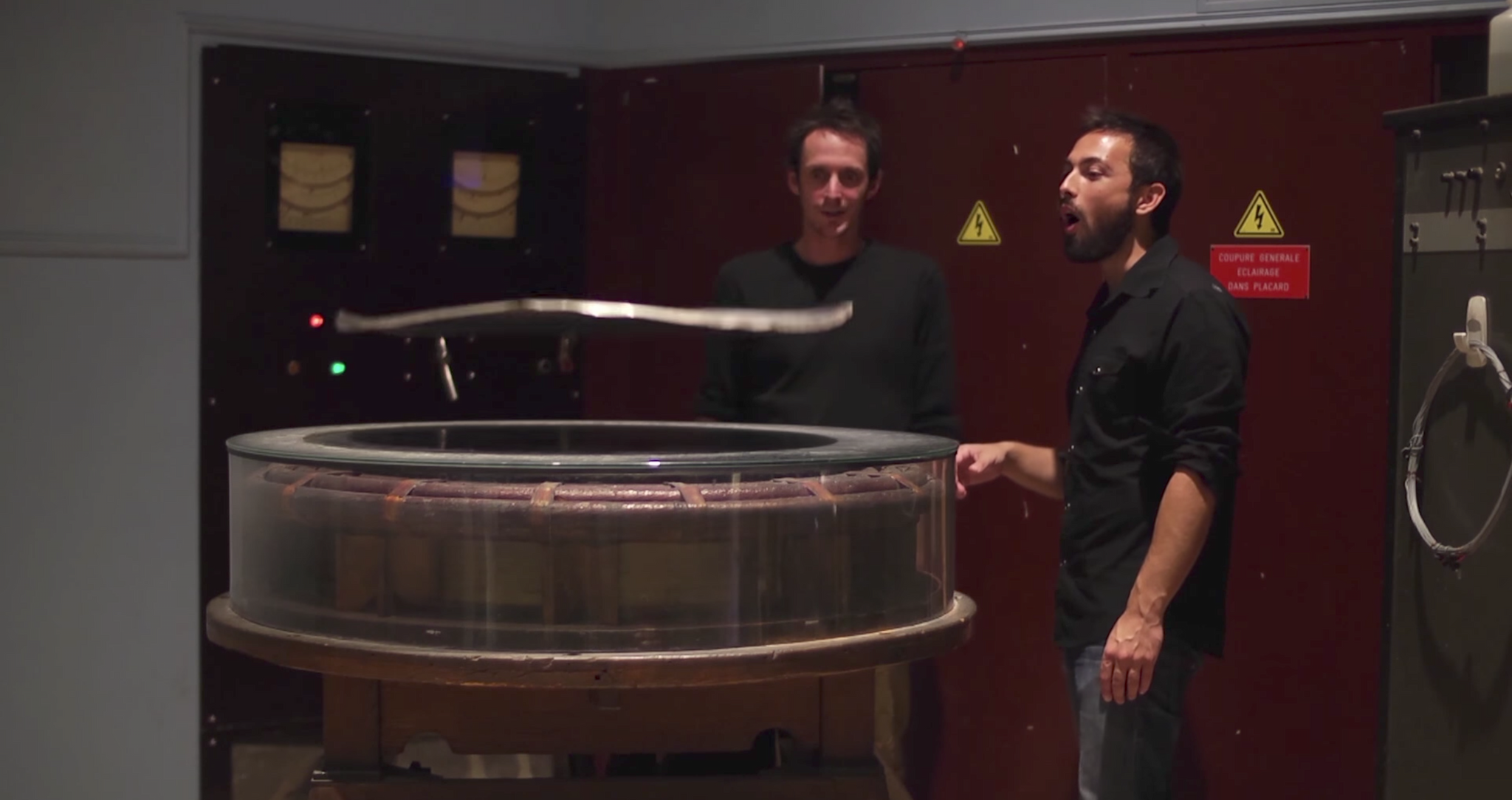 The Marvel of Magnetic Levitation

Using magnets to propel trains is not a new technology but it is still far from being perfected or even just implemented on a large scale. There are currently only four operating systems in the world that rely on magnetic levitation. Two of the trains operate in China, the others are located in Japan and South Korea.

A video from YouTube channel Veritasium takes a look at the technology on a much smaller scale. Host Derek Muller talks to Casey Handmer, Levitation Engineer at Hyperloop One, who shows off the principles of the levitation behind Hyperloop's transportation system using a 47 kg (105 lb) quadcopter.

Muller explains how the spinning magnets create the lift necessary to levitate the machine, and how the specific configuration of the magnets focuses its power in the desired direction.

Recently, Elon Musk let it slip that his Boring Company tunnels will work in tandem with Hyperloop's pods. The system would use levitation technology to propel these pods at speeds exceeding 600 mph.

Hyperloop systems are not the only in development around the world, although they are the most high profile. Another train is in development in China that could connect people between distances similar to the distance between New York and Atlanta in less than two hours.

Read This Next
Veillance What?
Startup Says Train Powered by "Veillance Flux" Could Travel 620 MPH
Hyperloopy
Here's What Traveling By Hyperloop Could Look Like
Looped In
See a Startup's Newly Unveiled Hyperloop Test Track
Musk Read
Elon Musk’s Boring Co. Didn’t Ask Homeowners Before Tunneling Under Them
Futurism
Elon Musk Says Hyperloop Will Put Pedestrians, Mass Transit First
More on Advanced Transport
Kapow
Feb 3 on the byte
Self-Driving Car Plowed Into Active Fire Scene, Forcing Firefighters to Smash Its Window
Netflix and Drive
Jan 30 on futurism
Mercedes Claims to Have Achieved Level 3 Automation, Beating Tesla
Battery Trouble
Jan 30 on the byte
Tesla "Spontaneously" Bursts Into Flames While Driving Down Freeway
READ MORE STORIES ABOUT / Advanced Transport
Keep up.
Subscribe to our daily newsletter to keep in touch with the subjects shaping our future.
+Social+Newsletter
TopicsAbout UsContact Us
Copyright ©, Camden Media Inc All Rights Reserved. See our User Agreement, Privacy Policy and Data Use Policy. The material on this site may not be reproduced, distributed, transmitted, cached or otherwise used, except with prior written permission of Futurism. Articles may contain affiliate links which enable us to share in the revenue of any purchases made.
Fonts by Typekit and Monotype.