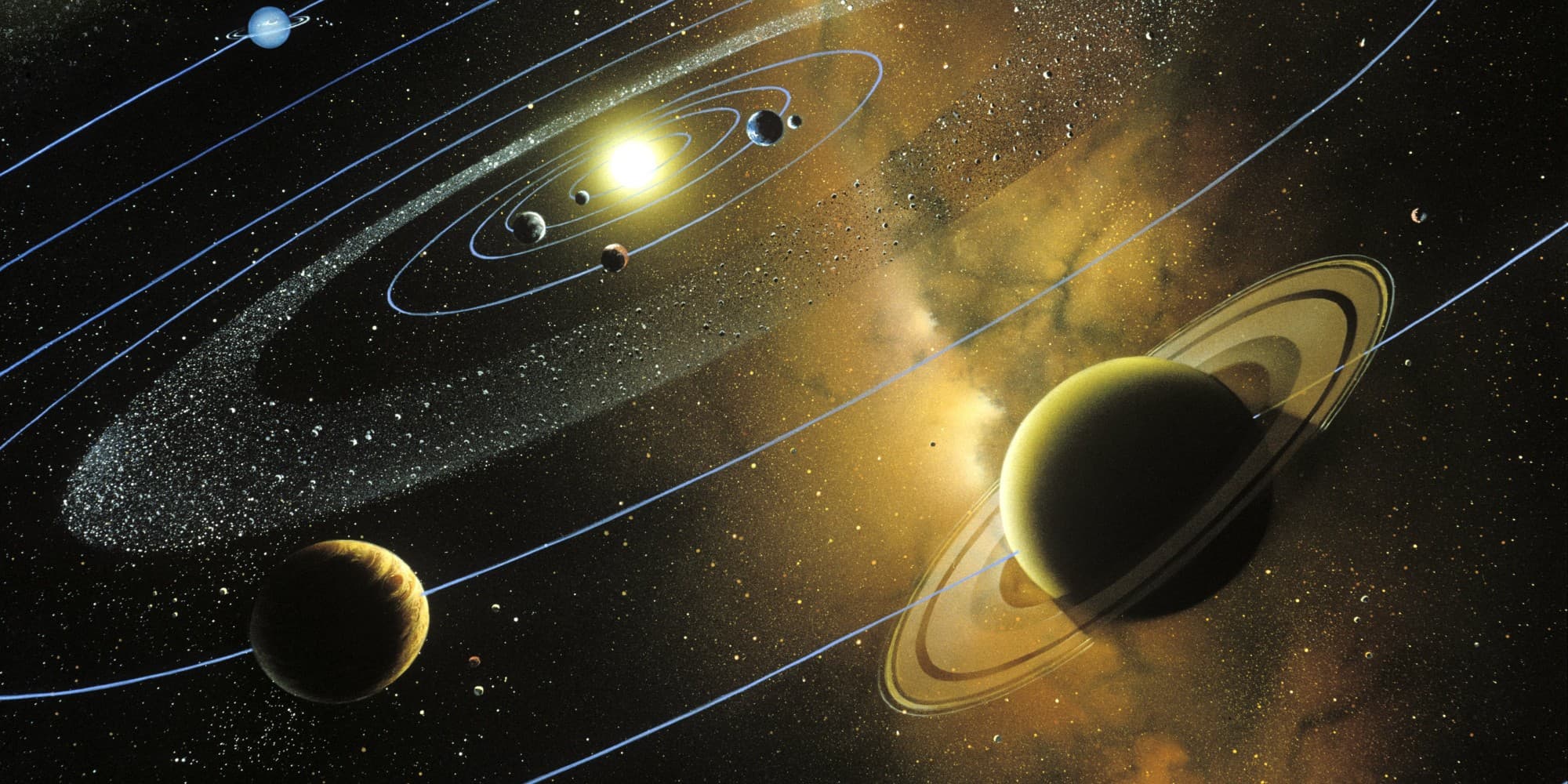 Declarations that Voyager 1 has left the solar system have appeared off and on the past couple of years because the heliopause is not a hard line. Depending on solar activity it can vary a bit. Then there is the limitations of Voyager’s sensors. The probe is 36 years old, and most of its detectors are no longer operational. It’s transmission power is only about 23 watts, which is about the power of a refrigerator light bulb.

The probe still has two antennae that can detect magnetic fields. By observing the oscillations of magnetic fields, you can also get a handle on the density of ionized particles around Voyager 1, since the frequency of oscillations depends on the density of the plasma. In a recent paper it was shown that the density of electrons around Voyager has increased by a factor of 40. This is exactly what was expected as Voyager leaves the tenuous outer region of the heliosphere to enter the region of interstellar space.

If you define the limits of the heliosphere as the edge of our solar system, then Voyager has indeed achieved this task. But as you can see in the image above, this isn’t what is commonly thought of as the edge of the solar system. For one, Voyager is still under the influence of the Sun’s gravity. There are lots of objects that orbit the Sun at a distance much greater than Voyager. For example, the orbit of Sedna (a 1,000 km wide trans-Neptunian object) takes it more than 900 AU from the Sun. In comparison, Voyager 1 is about 125 AU from the Sun. So it hasn’t really left the solar system at all. If you consider the outer edge of the Oort cloud to be the limit of our solar system, then Voyager 1 is just getting started.

So while you could say Elvis has left the building, he hasn’t yet left town.

This post was written by Brian Koberlein and was originally published on One Universe at a Time.

Read This Next
So Long
Tragedy! NASA Says the Voyager Space Probes are Powering Down
Universal Brain
Scientists Say the Laws of Physics May Be Changing
Futurism
Ancient Supermassive Black Hole Unveils Secrets of Early Universe
Futurism
A 40-Year Old Voyager Spacecraft Can Guide Aliens to Earth
Futurism
NASA's Voyager Spacecrafts Are Still Going Strong 40 Years Later
More on Off World
Infra-Red Alert
7:42 PM on the byte
James Webb Reveals Mysteriously Powerful "Engine" of Two Merging Galaxies
Die to Fight Anot...
7:40 PM on the byte
Mysterious Russian Satellite Explodes
Heavy Metal
Yesterday on the byte
NASA Mars Rover Finds Metallic Object That Smashed Down on Surface
READ MORE STORIES ABOUT / Off World
Keep up.
Subscribe to our daily newsletter to keep in touch with the subjects shaping our future.
+Social+Newsletter
TopicsAbout UsContact Us
Copyright ©, Camden Media Inc All Rights Reserved. See our User Agreement, Privacy Policy and Data Use Policy. The material on this site may not be reproduced, distributed, transmitted, cached or otherwise used, except with prior written permission of Futurism. Articles may contain affiliate links which enable us to share in the revenue of any purchases made.
Fonts by Typekit and Monotype.