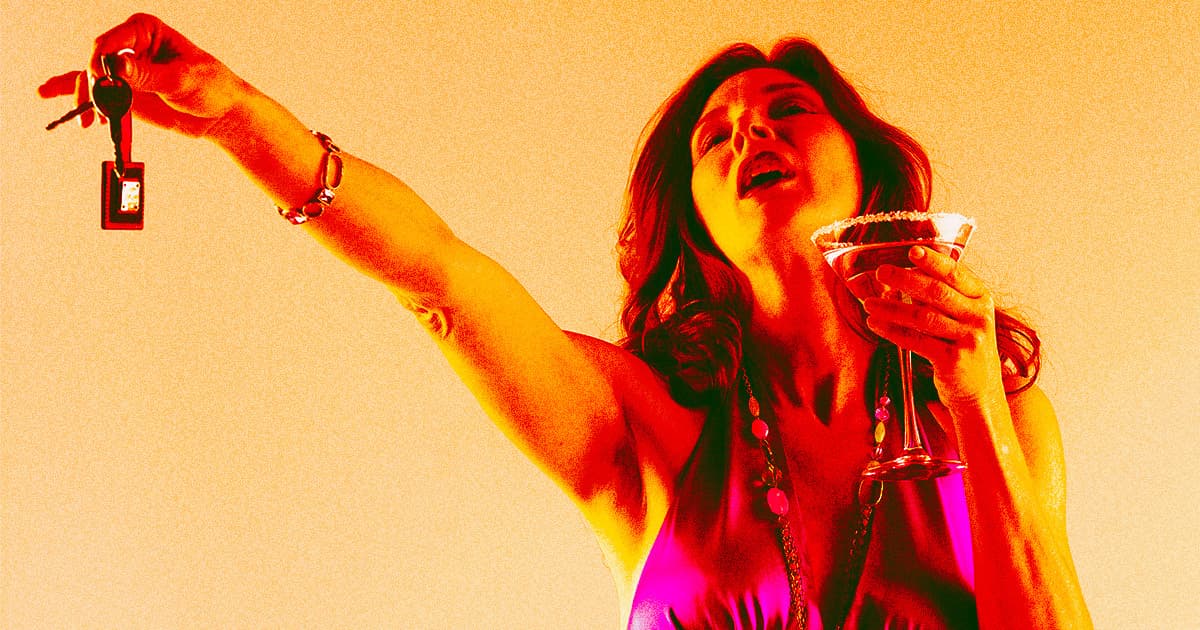 Imagine if your car was able to not only tell if you were too drunk — or sleepy, or distracted, or otherwise impaired — to drive, but could literally stop the vehicle.

In a new statement, Volvo announced the specifics of its "driver understanding system," one of the coolest features of its forthcoming flagship EX90 electric SUV, which drops in early November as the company prepares to shift to all-electric by 2030.

Driver understanding is one of the most interesting uses Volvo has planned for its light detection and ranging (LIDAR) sensors, one of which will be mounted outside the car to help detect on-road obstacles and the other two of which will focus in on the drivers' eyes to determine whether they're driving impaired or need assistance.

The extra-smart car will first issue a series of warnings to the driver if its sensors detect that the driver is inebriated, and then proceed to slow the car down and eventually stop it and put its hazard lights on if the issue continues.

"Our research shows that by simply observing where the driver is looking and how often and for how long their eyes are closed," Volvo safety expert Emma Tivesten said in the statement, "we can tell a lot about the state of the driver."

"By basing its calculations on our research findings, the sensing system allows our cars to identify whether the driver’s ability is impaired, perhaps due to drowsiness, distraction or other causes for inattention and to offer extra assistance in a way that best suits the situation," Tivesten continued, with "other causes for inattention" being used as a euphemism for driving under the influence.

As the statement points out, different eye patterns can indicate different states to the car, which will then alert the driver accordingly. For example, if the driver is "looking at the road too little," it could mean they're texting while driving, but if they're focusing on it "too much," it could signal that they're lost in thought and not paying attention to the task at hand.

While LIDAR has gotten something of a bad rap because Tesla CEO Elon Musk seems to despise the tech, Volvo has, as The Verge notes, long been interested in using it to help curb accidents caused by distracted or impaired driving.

Only time on the road will tell whether the system actually helps weed out drunk drivers. If it does, though, we can only hope other EV-makers follow suit.

READ MORE: Your Volvo car will understand you when you’re not at your best – and step in when you need support [Volvo]

Read This Next
Charged Up
Startup Says Amazing New Battery Lets EVs Drive 400 Miles, Recharge in 15 Minutes
Lidar Leak
Elon Musk Said Tesla Would Never Use This Tech That It's Now Using
Shots Fired
Ford CEO Mocks Tesla For Rolling Out Half-Finished Autonomous Driving
Poor Comms Team
Volkswagen Says It Lied to Reporters About Name Change
Weather Advisory
It's So Cold, Even Teslas Are Freezing Shut
More on Advanced Transport
Kapow
Feb 3 on the byte
Self-Driving Car Plowed Into Active Fire Scene, Forcing Firefighters to Smash Its Window
Netflix and Drive
Jan 30 on futurism
Mercedes Claims to Have Achieved Level 3 Automation, Beating Tesla
Battery Trouble
Jan 30 on the byte
Tesla "Spontaneously" Bursts Into Flames While Driving Down Freeway
READ MORE STORIES ABOUT / Advanced Transport
Keep up.
Subscribe to our daily newsletter to keep in touch with the subjects shaping our future.
+Social+Newsletter
TopicsAbout UsContact Us
Copyright ©, Camden Media Inc All Rights Reserved. See our User Agreement, Privacy Policy and Data Use Policy. The material on this site may not be reproduced, distributed, transmitted, cached or otherwise used, except with prior written permission of Futurism. Articles may contain affiliate links which enable us to share in the revenue of any purchases made.
Fonts by Typekit and Monotype.