The Vitamix Ascent series will put your old blender to shame. 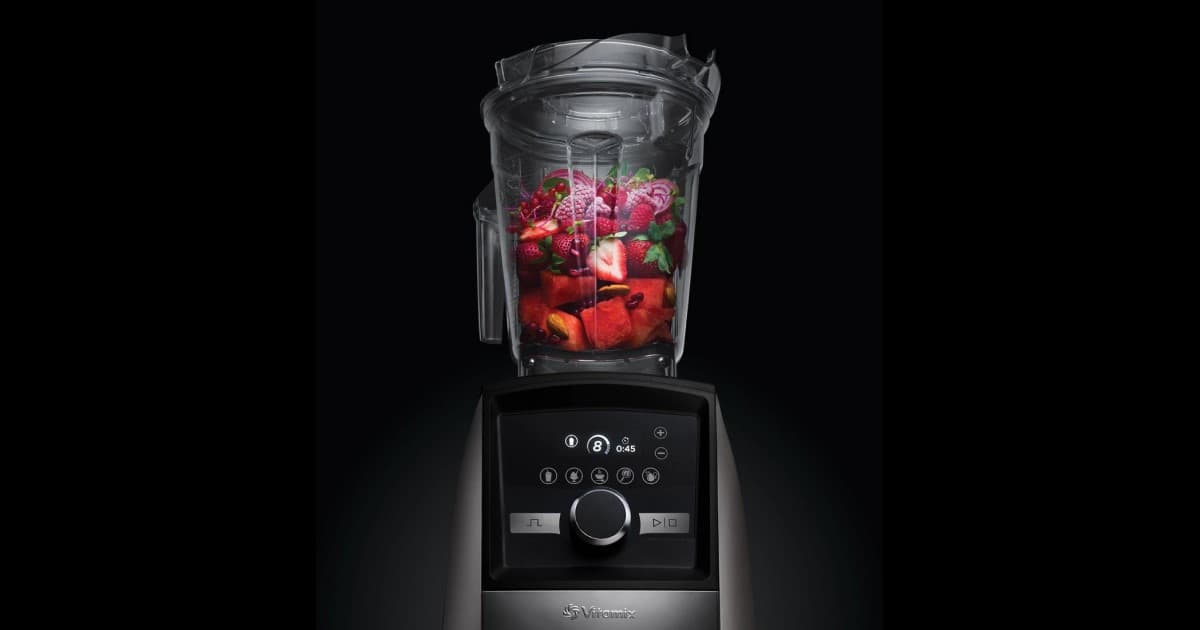 There are basically two kinds of blenders that occupy a typical kitchen. One is the “special occasion” blender, which actually isn’t very special at all - a cheap one-speed wonder that you use to make margaritas twice a year. Then there’s the real connoisseur’s blender, which never gets hidden away in the pantry. You use it pretty much every single day, so a blender like that is a real investment. So if you’re looking to make the upgrade, you’re not likely to find one better than an Ascent Series Vitamix Blender.

Each high-tech machine in the Vitamix Ascent Series is a top-of-the-line blender in its own way, and even if you selected one at random there’s very little chance that you wouldn’t be satisfied. But since Vitamix blenders are for people who know what they want in a blender, you’ll probably want more information than that before making your choice.

The least expensive Vitamix Ascent blender is by no means a bargain-basement choice. The A2300 features a 1-10 speed dial, a manual stop/start switch, and pulse function. And like all of the Ascent Series, it also features SELF-DETECT technology, which lets it sense what container you have attached to it, and adjust its blend-settings to match it. The A2300 costs $499.95 from Vitamix’s online store.

Next in line is the A2500, which like the A2300 is manually operated with a ten-speed dial. But it also has three preset program settings for smoothies, hot soup, and frozen desserts. You won't find that level of convenience with a traditional blender. You can get the A2500 for $499.95.

Also priced at $499.95 is the A3300, which is essentially the A2300 with a touchscreen upgrade. Instead of a manual touch dial, pulse switch, and digital timer, we have touch start/stop, touch pulse function, and a touch programmable timer. Basically, if you prefer total control over preset programs, but touchscreen controls over manual switches and dials, the A3300 is for you.

The top of the Vitamix Ascent line is the A3500, which has five program settings (the aforementioned smoothie, soup, and dessert settings, plus settings for dips, spreads, and self-cleaning), all controlled via touchscreen. You can get yours for $599.95 at the Vitamix online store.

Although they aren't exactly cheap, all Vitamix Ascent blenders are available with 0% financing across 24 monthly PayPal Credit payments. So if you’re ready to take your blender game to the next level, you can get more information on the Vitamix Ascent series at the brand’s official site.

Read This Next
Brands We Love
This High Tech Wireless Meat Thermometer Lets You Grill Like It’s the Future (Because It Is)
More on Future Society
Balloon News
Yesterday on futurism
China Says "Spy Balloon" Soaring Over America Is Completely Innocent
Down in Flames
Wednesday on the byte
Elon Musk Apparently Thinks Twitter Is a "Flaming Dumpster Rolling Down the Street"
All Tomorrow's Pa...
Wednesday on the byte
Party Startup Says It Has Zero Plans to Make Any Money With Investors' Funds
READ MORE STORIES ABOUT / Future Society
Keep up.
Subscribe to our daily newsletter to keep in touch with the subjects shaping our future.
+Social+Newsletter
TopicsAbout UsContact Us
Copyright ©, Camden Media Inc All Rights Reserved. See our User Agreement, Privacy Policy and Data Use Policy. The material on this site may not be reproduced, distributed, transmitted, cached or otherwise used, except with prior written permission of Futurism. Articles may contain affiliate links which enable us to share in the revenue of any purchases made.
Fonts by Typekit and Monotype.