The international sensation is heading to Indio. 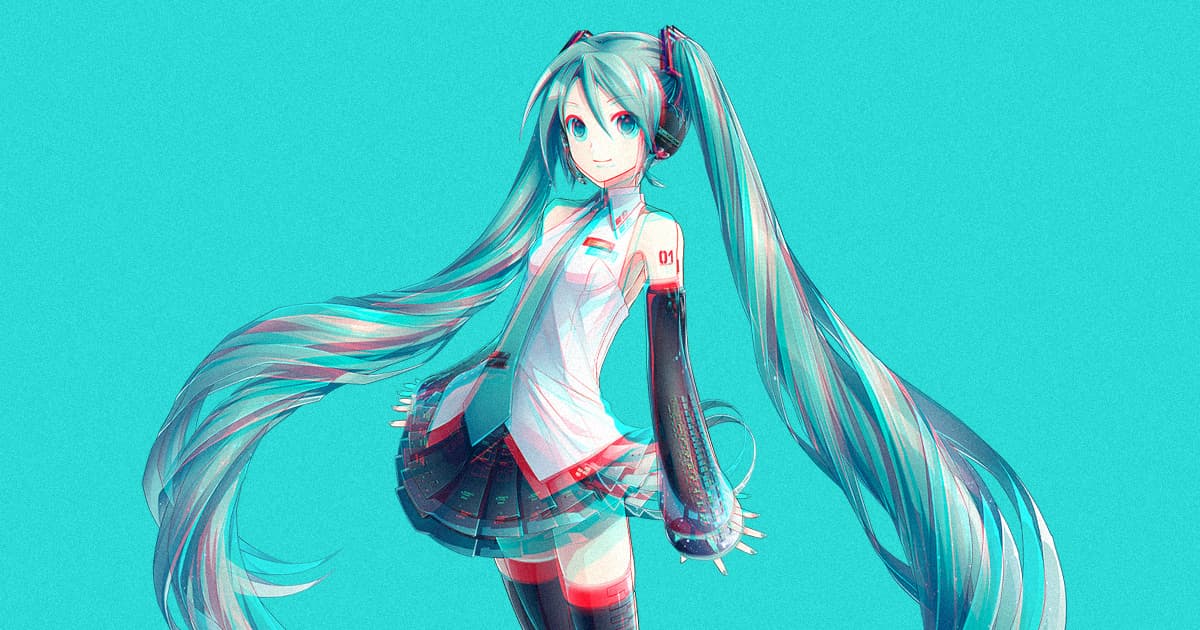 On Thursday, organizers announced the 2020 lineup for arguably the most-hyped music festival in the world: Coachella.

As rumored, Rage Against the Machine, Frank Ocean, and Travis Scott are set to headline the April event — but sharing the stage with some of the biggest artists alive today will be one who isn't alive at all: virtual pop star Hatsune Miku.

Miku is a blue-haired, computer-generated "vocaloid" powered by software created by Japanese media company Crypton Future Media in 2007. Anyone can buy the software, use it to create a song in Miku's "voice," and upload the track to the internet.

As Crypton's global marketing director Guillaume Devigne recently told GQ, some of the songs became so popular that they cracked the music charts in Japan. In 2010, a compilation of Miku tracks was even the number one album in the nation.

Miku has made other serious inroads into the music industry. She's opened for Lady Gaga and goes on world tours as a hologram, performing a setlist comprising the best of the user-created songs, as well as tracks commissioned specifically for her.

While Miku might be the only hologram on Coachella's 2020 lineup, she won't be the first virtual artist to perform at the fest — in 2012, it famously brought the likeness of deceased rapper Tupac Shakur to the stage for a virtual performance.

But that two-song set lasted just five minutes and was powered by a centuries' old optical illusion — a far cry from the cutting-edge tech that will bring Miku to life at Coachella.

“There’s a whole team who’s there to do the prep, control the visuals, and if something goes wrong we have to move really quick," Devigne told GQ. "There’s a whole system to be able to be responsive and be able to coordinate the digital aspect with the human aspect."

READ MORE: Hatsune Miku is the most exciting addition to Coachella’s 2020 line-up [GQ]

Read This Next
Bot Versus Bot
A Bot Made Frank Sinatra Cover Britney Spears. YouTube Removed It Over Copyright Claims.
Brands We Love
Collaborate With Anyone, Anywhere with This Online Recording Studio from Spotify
Brands We Love
Put Music at Your Fingertips With a Lifetime Subscription to Pianu Pro
Brands We Love
If You've Been Neglecting Your Home Audio, It's Time For High-Tech Sonos Speakers
Brands We Love
If It's Time to Upgrade Your Home Audio, It's Time to Experience Sonos
More on Future Society
Bird Crap
Feb 4 on the byte
It Looks Like Elon Musk Is Actually Building a Twitter Payment Platform
Balloon News
Feb 3 on futurism
China Says "Spy Balloon" Soaring Over America Is Completely Innocent
Down in Flames
Feb 1 on the byte
Elon Musk Apparently Thinks Twitter Is a "Flaming Dumpster Rolling Down the Street"
READ MORE STORIES ABOUT / Future Society
Keep up.
Subscribe to our daily newsletter to keep in touch with the subjects shaping our future.
+Social+Newsletter
TopicsAbout UsContact Us
Copyright ©, Camden Media Inc All Rights Reserved. See our User Agreement, Privacy Policy and Data Use Policy. The material on this site may not be reproduced, distributed, transmitted, cached or otherwise used, except with prior written permission of Futurism. Articles may contain affiliate links which enable us to share in the revenue of any purchases made.
Fonts by Typekit and Monotype.