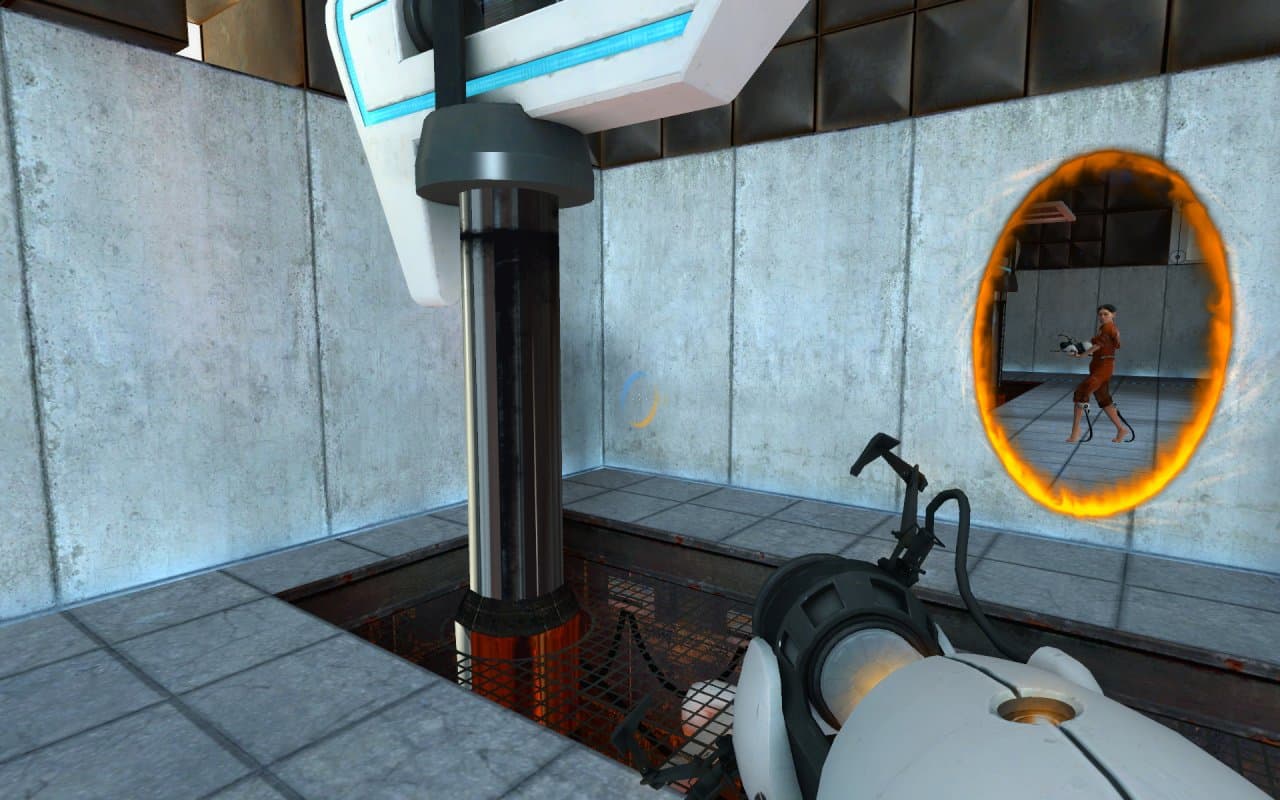 Valve recently stated that they are releasing a “compilation of new VR experiments,” and best of all? It is going to be set in the same universe as its popular Portal games, taking place in the fictional Aperture Labs.

We’ll get our first glimpse of it in the Game Developers Conference 2016.

This series of VR experiments will be called The Lab, and will feature experiments conducted within the narrative universe of Aperture Science. Notably, the Aperture Robot Repair virtual reality demo, which was previously unveiled, has players interacting with small two-dimensional stick figures (a recurring visual motif in the games, which you can see below). Since this is the same universe, it seems likely that similar things with feature in the new release.

According to the company, The Lab is set to offer “multiple ways to enjoy room-scale VR,” whough we didn't get any specifics. The Lab will also be offered for free on the HTC Vive on the company’s Steam network in spring of this year.

The HTC Vive will be the first SteamVR system, and includes a complete VR solution: Two wireless VR controllers, room scale movement, a full 360° of tracking, and an HMD featuring a built-in camera.

Valve has been at the forefront of virtual reality gaming with a steadily growing collection of games for SteamVR. The gaming company highlighted many VR launch titles that will make their way to the Steam platform when hosted at a developer showcase event last January.

The Lab is not Valve’s first foray into creating VR content based on one of their original properties.

The company previously featured the Magic Shop Experience, which is set in the world of DOTA 2. Although Aperture Robot Repair is set in one of Valve’s most popular and beloved franchises, they have yet to tap into their biggest franchise Half-Life, from which Portal spun out of.