This gun has its own fingerprint sensor, so it can only be fired by a user with a matching print. 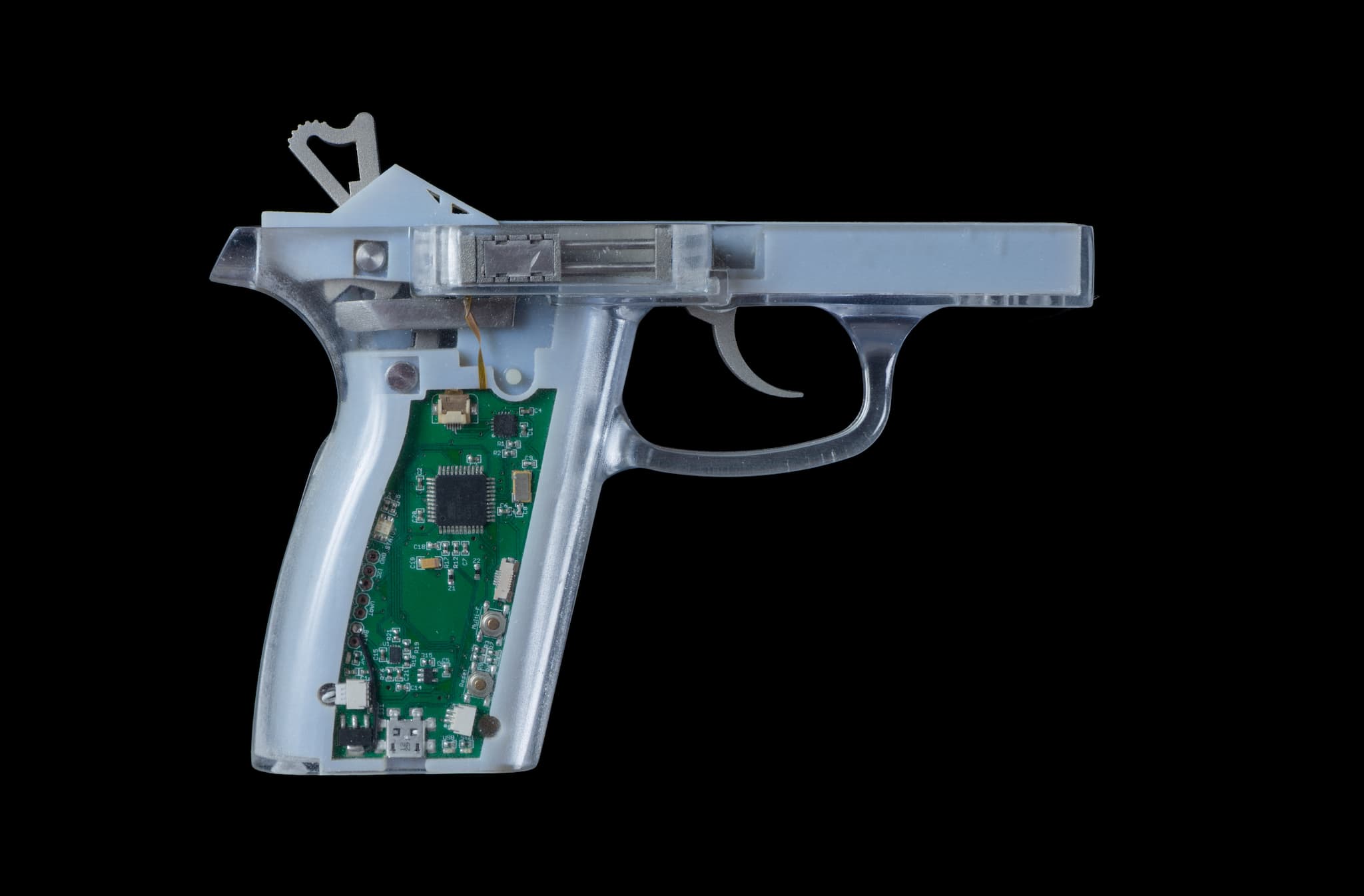 “Smart Guns” That Only You Can Fire

Kai Kloepfer is close to completing his final “smart gun” prototype - a fully-functional live firearm with an integrated fingerprint sensor.

“Smart guns” could reduce the number of firearm suicides that happen each year (there are more than 21,000 in the U.S. alone), as well as make it harder for accidental shootings and gun violence to occur by reading a gun user’s fingerprint and (within tenths of a second) comparing it to a list of accepted operators stored within the gun and protected by military-grade encryption before allow fire-ready access.

“We have a problem with gun violence. It seems like all too often that I read about a child who’s found a firearm with disastrous results or a gun owner who’s been disarmed and the firearm used against them. It's because of problems like these that, at the age of 15, I set out to create a ‘smart gun’ - a solution that addresses some of these problems without infringing on our freedoms. The only person who has control of this gun is the owner.”

Kai has been working on his smart gun for a while. In 2013, his first smart gun design and prototype earned the top American engineering prize at the Intel Science Fair. His most recent proof-of-concept prototype was built from 3D printed plastic and made incapable of firing. He is currently developing a far more advanced alpha prototype on a live firearm.

While Kai hasn’t mentioned specific setbacks from gun lobbyists, government regulations, or factors (outside of the engineering challenges) he’s overcoming to make his smart gun viable for mass markets, he has conceded that most political ‘solutions’ start off with the right idea, but end up going nowhere. This is because true change requires more than just one person, or even a group of people. Kai is going to need to convince over 100 million gun owners in the United States alone, and 13.7 million hunters, that his invention will not only make them and their families safer, but also respect their Second Amendment rights to “keep and bear Arms”.

Learn more about Kai and other futuristic Millennials that are transforming our world here.

Kai has an ongoing GoFundMe campaign to crowdsource the funds needed to finish his final prototype, and he will also be sharing his most recent challenges and experiments in a new book called 3 Billion Under 30: How Millennials Continue Redefining Success, Breaking Down Barriers, and Changing The World.

Read This Next
Bond, James Bond
9mm Handguns That Can Only Be Fired by Owners Hitting Stores in US
More on Robots & Machines
Egg Drop
Yesterday on the byte
Former NASA Guy Drops Egg Out of Space, Tries to Keep It From Breaking
No Ethics
Wednesday on the byte
San Francisco Cops Now Allowed to Use Robots to Kill People
FROM THE DEPT. OF...
Monday on futurism
The Best Over-Ear Headphones of 2022
READ MORE STORIES ABOUT / Robots & Machines
Keep up.
Subscribe to our daily newsletter to keep in touch with the subjects shaping our future.
+Social+Newsletter
TopicsAbout UsContact Us
Copyright ©, Camden Media Inc All Rights Reserved. See our User Agreement, Privacy Policy and Data Use Policy. The material on this site may not be reproduced, distributed, transmitted, cached or otherwise used, except with prior written permission of Futurism. Articles may contain affiliate links which enable us to share in the revenue of any purchases made.
Fonts by Typekit and Monotype.