But some are worried that it’ll bring increased government regulations. 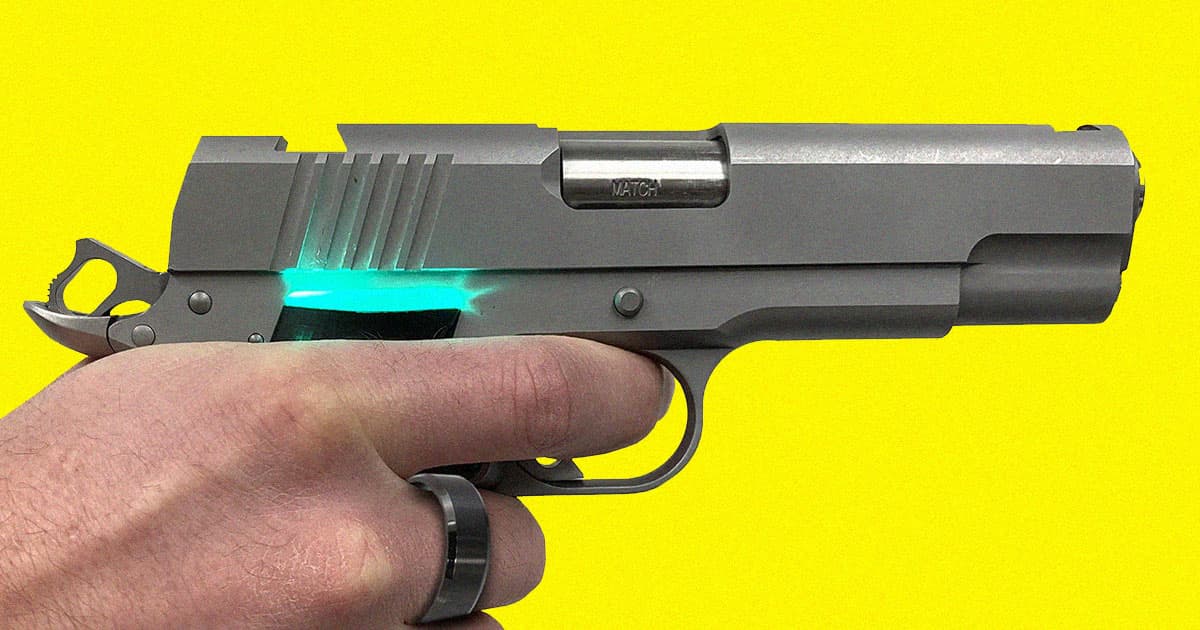 Smart guns pulled straight from a “James Bond” movie will soon hit the shelves in the US — and it’s raising the hackles of Second Amendment activists.

Firearms companies LodeStar Works and SmartGunz LLC have unveiled 9mm handguns that can only be fired by verified users, Reuters reports. The companies plan to launch the futuristic guns commercially this year.

Gareth Glaser, cofounder of LodeStar, told Reuters that he wanted to create the weapon after hearing stories of children being shot when playing with guns. In theory, the smart gun could prevent some of these tragic incidents by requiring a user to be authenticated before firing.

After years of research and testing, Glaser said that the microelectronic technology embedded in the guns are finally sophisticated enough for a commercial launch.

“We finally feel like we’re at the point where… let’s go public,” Glaser told Reuters. “We’re there.”

Lodestar’s smart gun employs a fingerprint reader along with user activation via a phone app and pin pad. It can reportedly unlock the gun with just a fingerprint in a fraction of a second.

Meanwhile, SmartGunz is launching a similar product that they say is currently being beta tested by anonymous law enforcement agencies. It plans to release two models for law enforcement and public use. Both companies hope that the guns can reduce instances of negligent deaths as well as suicides due to unattended guns.

However, not everyone is thrilled. In fact, some gun rights advocates worry that smart guns will usher in a wave of increased government regulation.

For example, a 2019 New Jersey law that requires gun stores to offer smart guns when they become available would kick in. This law replaced a 2002 law that would have banned all gun sales except for smart guns.

“The other side tipped their hand because they used smart guns to ban everything that’s not a smart gun,” Scott Bach, executive director of the Association of New Jersey Rifle and Pistol Clubs, told the news site. “It woke gun owners up.”

Now, with smart guns scheduled at finally hit shelves, it might result in a wave of increased regulation about what firearms can and cannot be sold.

There’s been a lot of research and hype about smart guns for ages now — with very few actual results. However, it seems like it might actually come to fruition this year. We’ll have to see whether it does become the slippery slope that 2A activists say it could, though.

Read This Next
Futurism
Upcoming ‘Smart Weapon’ Will Only Fire If You Have The Right Fingerprint
More on Robots & Machines
FROM THE DEPT. OF...
Yesterday on futurism
Best 55-Inch TVs in 2022
FROM THE DEPT. OF...
Yesterday on futurism
Deal: Get Up to 6 Months of Apple Services Totally Free
FROM THE DEPT. OF...
Thursday on futurism
Best Father’s Day Gifts of 2022
READ MORE STORIES ABOUT / Robots & Machines
Keep up.
Subscribe to our daily newsletter to keep in touch with the subjects shaping our future.
+Social+Newsletter
TopicsAbout UsContact Us
Copyright ©, Camden Media Inc All Rights Reserved. See our User Agreement, Privacy Policy and Data Use Policy. The material on this site may not be reproduced, distributed, transmitted, cached or otherwise used, except with prior written permission of Futurism. Fonts by Typekit and Monotype.