"Unless you appreciate these transformations at the molecular level, I don't think you can be a good physician..." 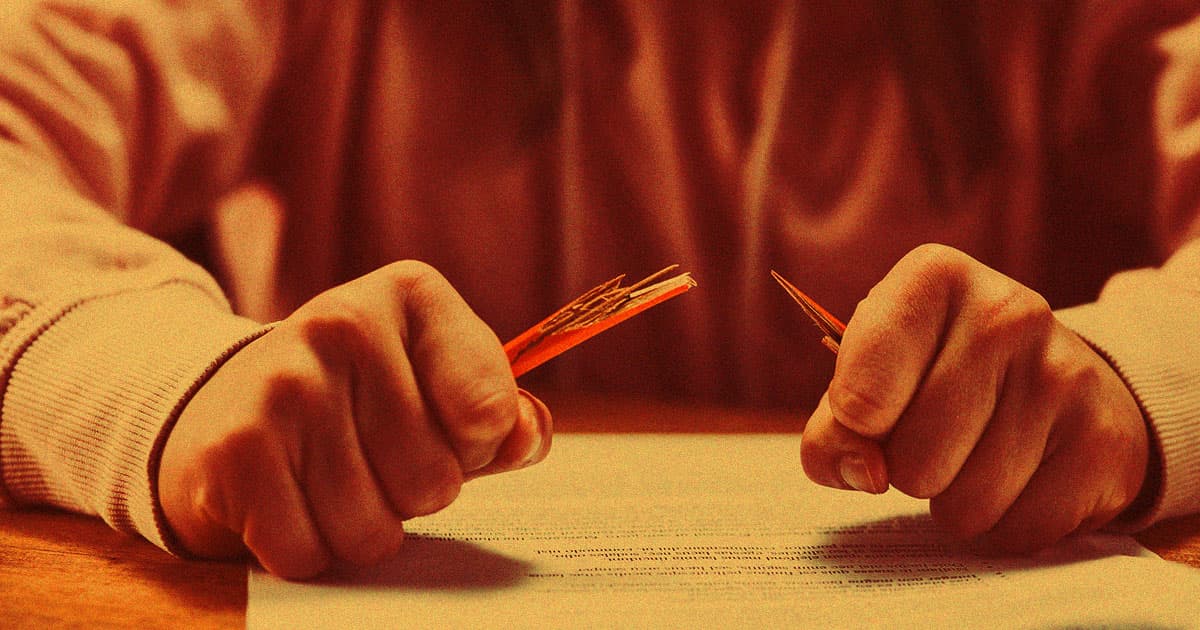 As anyone who's taken it will probably tell you, organic chemistry is notoriously difficult. It's widely recognized as a "weed out" course — disproportionately high failure and withdrawal rates are common, if not expected, and many argue that such rigorousness is an effective filter for keeping certain students from entering professions, like medicine, that they arguably shouldn't.

But not all share that sentiment. They often counter that these brutal courses are difficult for the sake of it, working to gatekeep rather than teach. And this debate, as The New York Times reports, may have just reached a precedent-setting boiling point at New York University, where a notable chemistry professor, Dr. Maitland Jones Jr., was recently let go after 82 of his 350 students filed a scathing petition against him, arguing that his class was simply too hard.

"We are very concerned about our scores, and find that they are not an accurate reflection of the time and effort put into this class," read the petition, according to the NYT. "We urge you to realize that a class with such a high percentage of withdrawals and low grades has failed to make students' learning and well-being a priority and reflects poorly on the chemistry department as well as the institution as a whole."

Of course, this is a complicated issue. As the NYT reports, the disgruntled students' complaints have been met with swift and harsh backlash by supporters of Dr. Jones, who taught at Princeton for decades and even wrote a course-changing textbook before making his way to NYU. And again, organic chemistry is infamous for its difficulty everywhere, not just under one professor — after all, this is a course that many believe should separate those who should make and prescribe medications from those who should probably pursue something else.

"Unless you appreciate these transformations at the molecular level," Kent Kirshenbaum, another professor in Dr. Jones' department, told the NYT, "I don't think you can be a good physician, and I don't want you treating patients."

To that note, some of Dr. Jones' allies believe that NYU's surprising decision to terminate a storied faculty member at the behest of its students is more a business decision than anything else. Colleges are profit-seeking enterprises, after all, and failing grades don't make students — or, perhaps more importantly, the parents who bankroll them — very happy. And in fact, in an email detailing his firing, the university reportedly explained to Dr. Jones that in letting him go, they were extending a "gentle but firm hand to the students and those who pay the tuition bills."

"The deans are obviously going for some bottom line," Dr. Paramjit Arora, a chemistry professor who has worked closely with Dr. Jones, told the NYT, "and they want happy students who are saying great things about the university so more people apply and the US News rankings keep going higher."

That being said, there's absolutely something to be said for the challenges presented by online learning, especially during the anxiety-triggering global trauma of the COVID-19 pandemic. Students — and teachers — were made to adapt very quickly to the crisis, both in life and in school, and course matter didn't always translate in this new and often inaccessible mediation.

It's also worth noting that Dr. Jones, at 84, is said to be old-fashioned. His teaching style — which the petition reportedly calls "condescending and demanding" — may no longer connect with a younger generation.

"He hasn't changed his style or methods in a good many years," Dr. James W. Canary, a former NYU department chairman, told the NYT. "The students have changed, though, and they were asking for and expecting more support from the faculty when they're struggling."

But while universities do need to work with a post-pandemic, younger generation of students — especially when it comes to the challenges wrought by online courses — it's possible that NYU's decision to fire Dr. Jones might be sending the wrong message. At the end of the day, organic chemistry is hard. Should that change?

"[Dr. Jones] learned to teach during a time when the goal was to teach at a very high and rigorous level," Dr. Arora's comments continued. "We hope that students will see that putting them through that rigor is doing them good."

READ MORE: At NYU, Students Were Failing Organic Chemistry. Who Was to Blame?

Read This Next
Vote of No Confidence
Harvard Student Says Harvard Students Are Horrible
Harvard Fraud
Scammers Are Creating Fake Students on Harvard.edu and Using Them to Shill Brands
Brands We Love
This Tech Company Could Save You Thousands On Student Loans
Futurism
NASA Admin: "By the Time You're a Junior, What You Learned as a Freshman is Obsolete"
More on Future Society
Head Like A Hole
Nov 23 on futurism
Elon Musk's Crying About Trent Reznor Shows That He Is a Big, Big Baby
Miserly Musk
Nov 22 on the byte
Cheapskate Elon Musk Refusing to Pay Bills at Twitter
Secrets Secrets
Nov 22 on futurism
Elon Musk Vigorously Denies That SBF Secretly Owns Part of Twitter
READ MORE STORIES ABOUT / Future Society
Keep up.
Subscribe to our daily newsletter to keep in touch with the subjects shaping our future.
+Social+Newsletter
TopicsAbout UsContact Us
Copyright ©, Camden Media Inc All Rights Reserved. See our User Agreement, Privacy Policy and Data Use Policy. The material on this site may not be reproduced, distributed, transmitted, cached or otherwise used, except with prior written permission of Futurism. Articles may contain affiliate links which enable us to share in the revenue of any purchases made.
Fonts by Typekit and Monotype.