"The era of consumption without consequences is over."

The Climate Action 2016 summit was held earlier this month in Washington D.C. It came just a few weeks after more than 170 countries signed the Paris Agreement, which aims to slow the rise of global temperatures due to greenhouse gases. Ultimately, this agreement plans to get the global temperature rise to “well below” 2 degrees Celsius (3.6 degrees Fahrenheit), which is comparative to pre-industrial levels, by 2100.

At the Summit, key leaders urged governing officials to take actions towards reducing emissions. Ultimately, anthropogenic climate change is a reality that is acknowledged by major scientific bodies around the globe, and experts have been calling to change for years. The recent talks add more backing to this ongoing call.

“We are in a race against time.” U.N. secretary-General Ban Ki-moon told the gathering at the United Nations headquarters in New York. “The era of consumption without consequences is over.” “The poor and most vulnerable must not suffer further from a problem they did not create,” Ban added.

One of the major changes advocated by the countries who signed the treaty was the integration of climate risk into decisions made by business and, most importantly, the switch from fossil fuel to green energy. 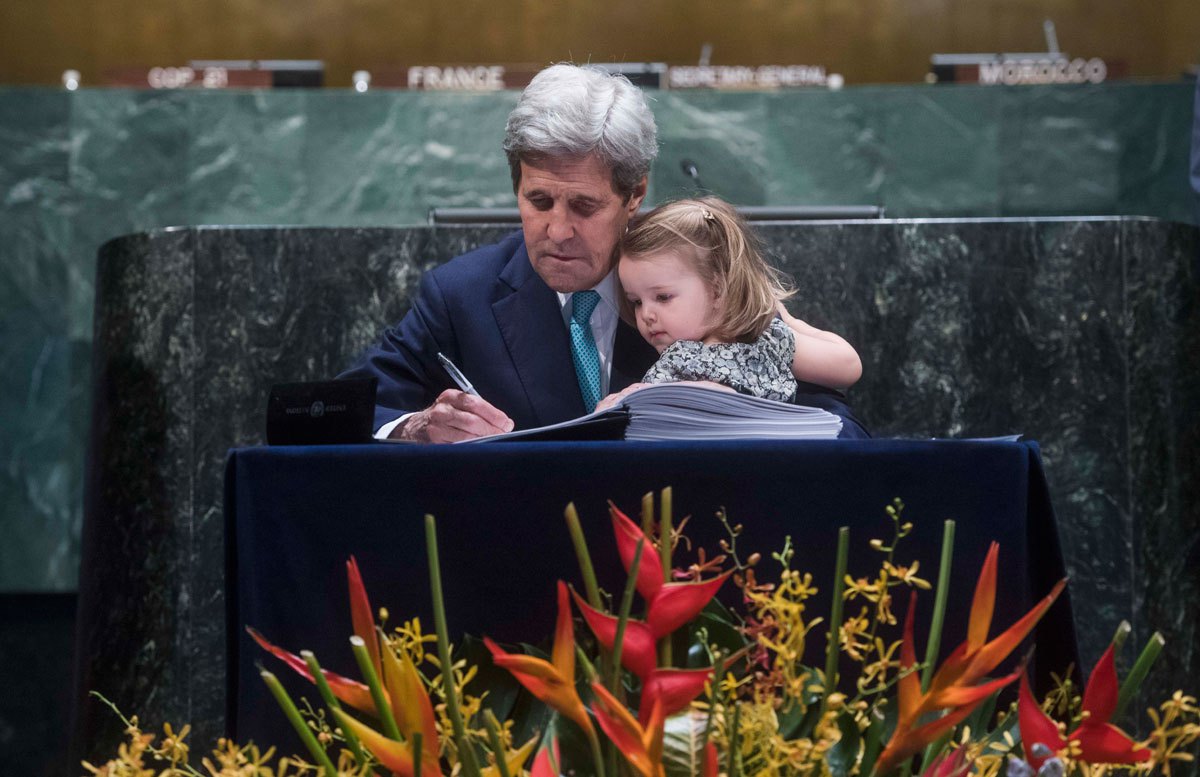 World Bank President Jim Yong Kim added that governments and corporations should invest in lower-carbon transport systems, and stated that they should work to switch over from road transportation to rail and water transport.

“Inaction means we will not meet our targets set in Paris, and the global temperature will soar above 2 degrees Celsius,” Kim said. “That would spell disaster for us, for our children, and for the planet.”