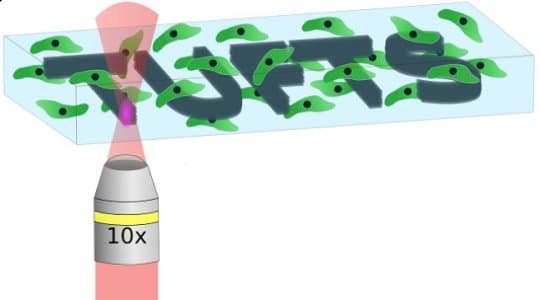 Biomedical engineers at Tufts University have experimented with an ultrafast laser that was able to generate high-resolution, scalable 3D voids in silk protein hydrogel, which is a biomaterial that support the growth of cells while allowing it to penetrate deeper. Voids at multiple scales that are as small as 10 microns were created by the researchers including ones that are much larger at 400 microns.This laser treatment is possible to be achieved while the cell culture is sealed and sterile.

As the femtosecond laser pulses around to let specific regions be targeted without damage to its surroundings, such technology can lead to using this kind of micropatterning to perform controlled design in living cells, guide their growth and develop an artificial vasculature in a densely seeded silk hydrogel. Further studies on this aspect may one day lead to more sophisticated tissue engineering techniques and biomedical implants being created.