This could go very, very wrong. 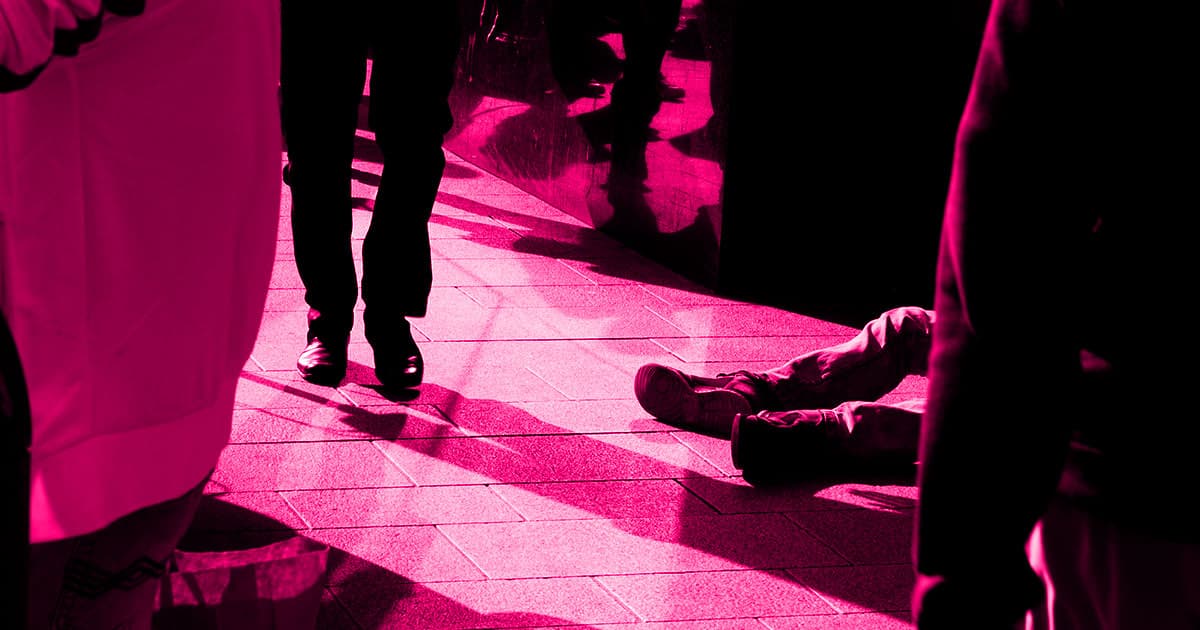 Homelessness has surged in California in recent years, prompting President Donald Trump to tell Fox News' Tucker Carlson in July that his administration "may do something to get that whole thing cleaned up."

On Tuesday, Los Angeles officials met with representatives from the White House, the Department of Housing and Urban Development, and the Justice Department to discuss the city's homelessness problem and give the federal officials a tour of local shelters and public housing projects.

Several government officials present for the discussions spoke with The Washington Post under the condition of anonymity to share details about the Trump administration's plans.

Two of those officials told WaPo a possible course of action would be demolishing the tent cities in which the homeless currently gather and moving them into government facilities.

Forcing the homeless to move into those facilities would clearly be the stuff of dystopian nightmares, but if the move would be voluntary, government-run facilities could actually help solve California's homeless crisis.

Finland is the only European Union nation where homelessness is on the decline, a welcome development largely — if not wholly — attributable to the government's decision to provide homeless people with a no-strings-attached place to live.

But the airy, bright homes complete with gyms and saunas described in The Guardian piece don't sound anything like what we've come to know of "government facilities" in the United States, where the term often conjures up images of crumbling public schools or, even worse, detention centers with children in filthy cages.

Even the nation's Veteran's Affairs hospitals are subpar, to put it mildly — and any notion that the Trump administration will put more effort into housing America's homeless than it does into preserving the health of those who served the nation's military may be misplaced.

"Homelessness in California is absolutely a crisis that demands action from the federal, state, and local level," Diane Yentel, president and CEO of the non-profit National Low Income Housing Coalition, told WaPo, "but it’s hard to imagine the Trump administration is acting in good faith to solve it when they have made so many efforts in the last two years to worsen the crisis."

Still, with nearly a fourth of America's homeless population residing in California, Governor Gavin Newsom is at least willing to discuss any ideas the president might have on how to end the crisis.

"[I]f the President is willing to put serious solutions — with real investment — on the table," Newsom spokesperson Nathan Click said in a statement, "California stands ready to talk."

Read This Next
Speak English
Donald Trump Says Bitcoin Is a "Scam"
Trumped
Facebook Oversight Board Rules That Trump Remains Banned
Bending Over Backwards
Facebook Workers "Walk Out" Over Inaction on Trump Posts
Yikes Yikes Yikes
Musk Joins Trump in Spreading Misinformation About Virus
Stable Genius
Trump Praises Elon Musk: "He Does Good at Rockets"
More on Future Society
Primate Theft
8:00 PM on the byte
It Was a Very Bad Weekend for Monkeys Being Stolen From Zoos, Apparently
Ring The Alarm
3:40 PM on the byte
Whistleblower Claims Facebook Can Secretly Drain Your Phone's Battery on Purpose
I Silence Thee
Jan 28 on futurism
Leaked Messages Seem to Show Elon Musk Using Twitter to Punish His Enemies
READ MORE STORIES ABOUT / Future Society
Keep up.
Subscribe to our daily newsletter to keep in touch with the subjects shaping our future.
+Social+Newsletter
TopicsAbout UsContact Us
Copyright ©, Camden Media Inc All Rights Reserved. See our User Agreement, Privacy Policy and Data Use Policy. The material on this site may not be reproduced, distributed, transmitted, cached or otherwise used, except with prior written permission of Futurism. Articles may contain affiliate links which enable us to share in the revenue of any purchases made.
Fonts by Typekit and Monotype.