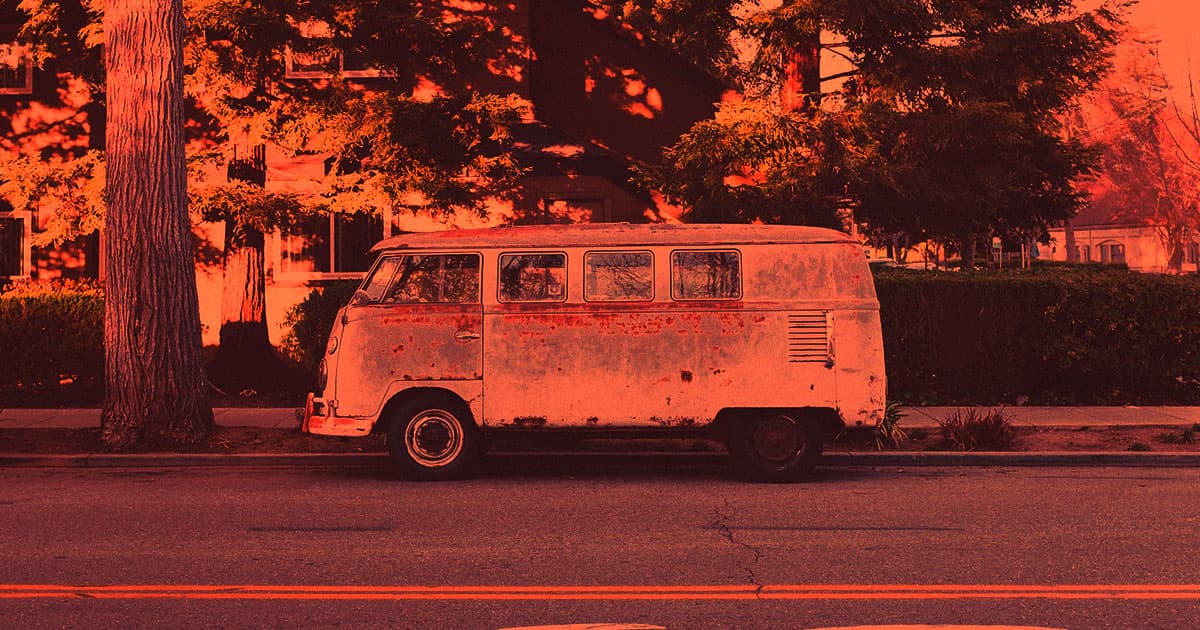 This Should Do The Trick

As soaring rents force people onto the street, many are left trying to avoid fines and tickets.

As soaring rents force people onto the street, many are left trying to avoid fines and tickets.

A Pound Of Cure

San Francisco has among the highest rental costs of any U.S. city. Without access to affordable housing, many people end up living inside their vehicles or on the street. But don't worry — the city is cooking up a dystopian solution.

Picture this: a parking lot.

What, you want more? CBC reports that in San Francisco, a city notoriously hostile to homeless people, living in a vehicle can land people with $1,000 fines or six-month jail sentences. Now, the city is considering building a lot where people could legally park overnight or long-term without risking a ticket.

The proposal would convert an existing parking lot into a space that could fit 30 vehicles and provide access to bathrooms, showers, and social services, per CBC. It's unclear exactly how such a small plan would help people, especially since the lot's selling point is that it prevents homeless people from getting hit by punitive fines — without doing much to improve their situation.

"There are hundreds of people who are living out in their vehicles in San Francisco, 30 spots is just a drop in the bucket," Samantha Lew, policy director at the Coalition on Homelessness in San Francisco told CBC. "We measure success by seeing people get into housing," Lew added.

Oh Boy
Trump Admin Proposes Putting Homeless In "Government Facilities"
9. 11. 19
Read More
Button Mashing
Dystopian Startup Wants to Hang Your Furniture From The Ceiling
7. 24. 19
Read More
San Francisco Has Approved a Plan For City-Wide Fiber Internet
10. 27. 17
Read More
+Social+Newsletter
TopicsAbout UsContact Us
Copyright ©, Camden Media Inc All Rights Reserved. See our User Agreement, Privacy Policy and Data Use Policy. The material on this site may not be reproduced, distributed, transmitted, cached or otherwise used, except with prior written permission of Futurism. Articles may contain affiliate links which enable us to share in the revenue of any purchases made.
Fonts by Typekit and Monotype.