The system can coordinate help for the city's homeless, but requires a lot of personal data. 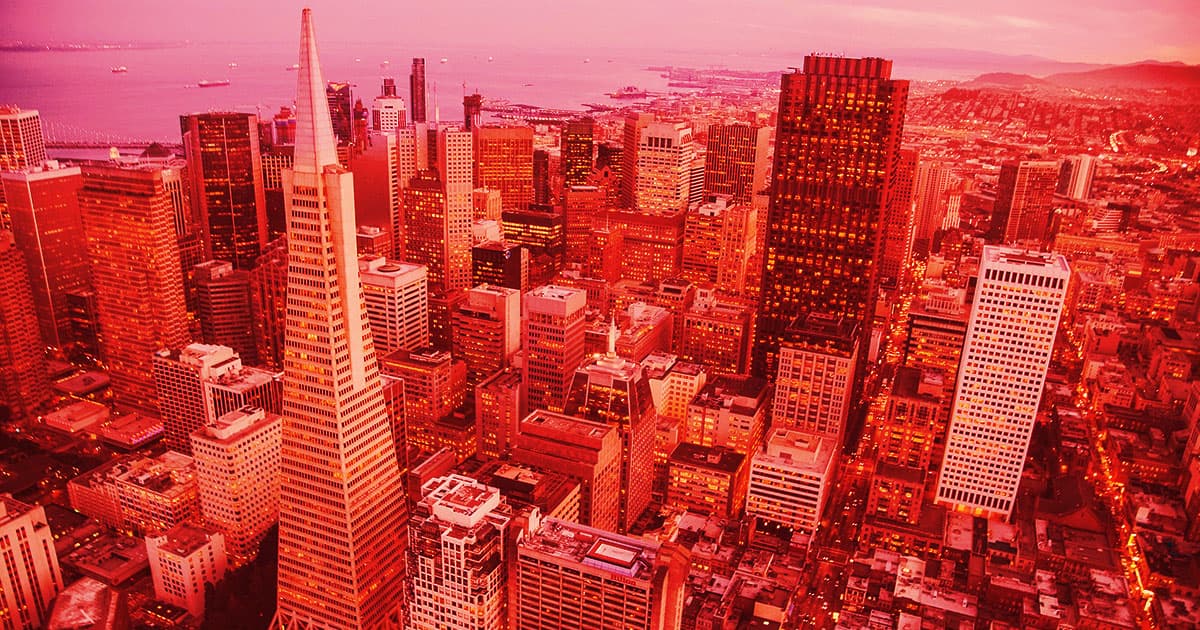 San Francisco, unsurprisingly, has decided that the solution to the city's homelessness problem is to gather and analyze personal data.

Specifically, a program called ONE System is now gathering data about the approximately 7,500 homeless people in San Francisco so that the city can better coordinate its efforts to get people off the street. It's a program with noble aspirations, but some difficult-to-justify means — homeless participants will need to trade their private, personal data for the chance of receiving aid from the government, according to Bloomberg.

Since August, ONE System has helped around 70 homeless people get off the street, Bloomberg reports, and its creators hope it will halve the homeless population by 2022. To do so, the system, which Nevada-based tech startup BitFocus, Inc. developed for the city, collects data from 15 government agencies and also asks homeless participants to fill out a survey that asks about their daily routines, medical history, and other personal information that could be used to help them get appropriate help.

But the new system doesn't exactly erase the hurdles that homeless people already face — to get permanent housing in one of San Francisco's low-cost adult-supportive housing programs, homeless people must pass a background check that takes 45 days to complete and also often need to present a government-issued ID. On top of those systematic hurdles already facing homeless people, government employees will need to convince homeless people to participate in the program, even though some may have debilitating mental illnesses or be skeptical that the system's data won't make its way into the hands of the police.

So far, the data collected through ONE System has stayed out of law enforcement's hands and no one has tried to buy it, Chris Block, the director of coordinated entry for Episcopal Community Services of San Francisco, an organization contributing to the program, told Bloomberg. But there aren't any laws on the books that specifically protect the data the system collects or prevent it from being abused.

"There’s a lot of privacy concerns," he said. "So far those issues haven’t been significant, but that doesn’t mean they won’t come up in the future."

More on technology and homelessness: In a Dystopian Move, the SPCA Is Using a Robot to Scare off Homeless People

Read This Next
Brands We Love
A Virtual Phone Number Lets You Connect With Anyone While Keeping Your Real Number Private
Brands We Love
Why You Should Consider Becoming a Data Analyst this Year—And How to Start
The Eye
A Growing Number of Countries Tap Phone Data to Track COVID-19
Brands We Love
Identity Theft Is a Real Threat. Luckily, Modern Tech Offers Real Solutions.
Cost of Living
This Company Is Paying People $1,830 to Film Them Constantly
More on Future Society
Head Like A Hole
Nov 23 on futurism
Elon Musk's Crying About Trent Reznor Shows That He Is a Big, Big Baby
Miserly Musk
Nov 22 on the byte
Cheapskate Elon Musk Refusing to Pay Bills at Twitter
Secrets Secrets
Nov 22 on futurism
Elon Musk Vigorously Denies That SBF Secretly Owns Part of Twitter
READ MORE STORIES ABOUT / Future Society
Keep up.
Subscribe to our daily newsletter to keep in touch with the subjects shaping our future.
+Social+Newsletter
TopicsAbout UsContact Us
Copyright ©, Camden Media Inc All Rights Reserved. See our User Agreement, Privacy Policy and Data Use Policy. The material on this site may not be reproduced, distributed, transmitted, cached or otherwise used, except with prior written permission of Futurism. Articles may contain affiliate links which enable us to share in the revenue of any purchases made.
Fonts by Typekit and Monotype.