What the hell is TikTok up to? 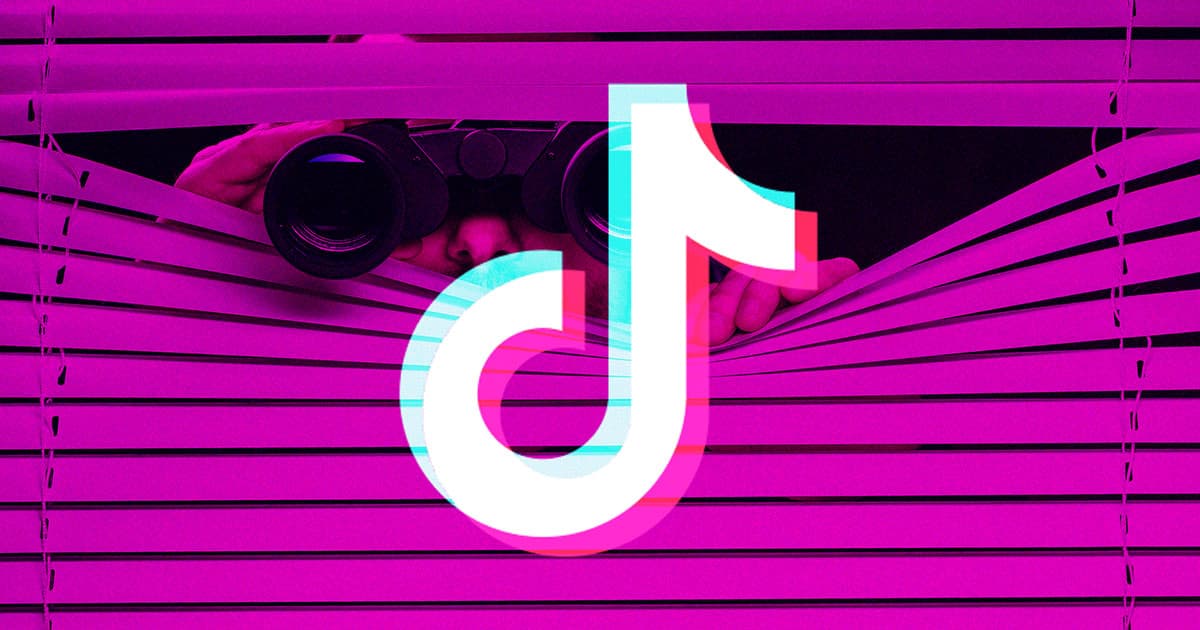 According to Forbes, the team behind the project, ByteDance's Internal Audit and Risk Control Department, reports directly to Rubo Liang, the company's cofounder and CEO.

As of now, it's unclear if the team was ultimately able to obtain any information about the targeted Americans.

Regardless, it's an unsettling revelation, especially given the app's soaring popularity among US citizens and beyond.

And while a TikTok spokesperson assured Forbes that TikTok's location-tracking capabilities are necessary to, "among other things, help show relevant content and ads to users, comply with applicable laws, and detect and prevent fraud and inauthentic behavior," the publication maintains that the leaked materials made clear that the planned surveillance had nothing to do with advertising.

ByteDance declined to comment when Forbes asked if their China-based Audit team had specifically tracked the physical locations of US government officials, activists, public figures, or journalists. The company also didn't say if they've targeted those individuals with different content than they serve the general public.

The timing, here, is interesting to say the least. ByteDance and TikTok are currently in national security talks with the US government. The app has exploded in popularity, and so has the scrutiny regarding the Chinese social media platform.

For instance, the US Treasury Department's Committee on Foreign Investment in the United States (CFIUS) recently announced it is investigating the "risks presented by foreign adversaries' access to data of United States persons."

This report, if confirmed by a third party, could derail the government's tentative security agreement with the content platform.

This isn't the first time that a major social platform has been caught spying on specific individuals. In the past, Facebook and Uber have both been in the hot seat for tracking the locations of journalists and political figures.

For its part, ByteDance is downplaying the report, arguing that it's business as usual.

"Like most companies our size, we have an internal audit function responsible for objectively auditing and evaluating the company and our employees' adherence to our codes of conduct," a ByteDance spokesperson told Forbes in a statement. "This team provides its recommendations to the leadership team."

"We are confident," added a spokesperson for TikTok, "that we are on a path to fully satisfy all reasonable US national security concerns."

Read This Next
Uh Oh
Research Confirms TikTok Is a Cesspool of Misinformation
Power Struggle
Former Google CEO Issues Dire Warning About China
Dealbreaker
Shocker: Elon Musk's Twitter Deal May Already Be Falling Apart
Walls Up
China Is Building a Huge New Wall to Allegedly Keep COVID Out
Gassy Girl Boss
Reality TV Star Stops Selling Her Farts in Jars to Sell Fart NFTs Instead
More on Future Society
Head Like A Hole
Wednesday on futurism
Elon Musk's Crying About Trent Reznor Shows That He Is a Big, Big Baby
Miserly Musk
Tuesday on the byte
Cheapskate Elon Musk Refusing to Pay Bills at Twitter
Secrets Secrets
Tuesday on futurism
Elon Musk Vigorously Denies That SBF Secretly Owns Part of Twitter
READ MORE STORIES ABOUT / Future Society
Keep up.
Subscribe to our daily newsletter to keep in touch with the subjects shaping our future.
+Social+Newsletter
TopicsAbout UsContact Us
Copyright ©, Camden Media Inc All Rights Reserved. See our User Agreement, Privacy Policy and Data Use Policy. The material on this site may not be reproduced, distributed, transmitted, cached or otherwise used, except with prior written permission of Futurism. Articles may contain affiliate links which enable us to share in the revenue of any purchases made.
Fonts by Typekit and Monotype.