The clock could even be used in the hunt for dark matter. 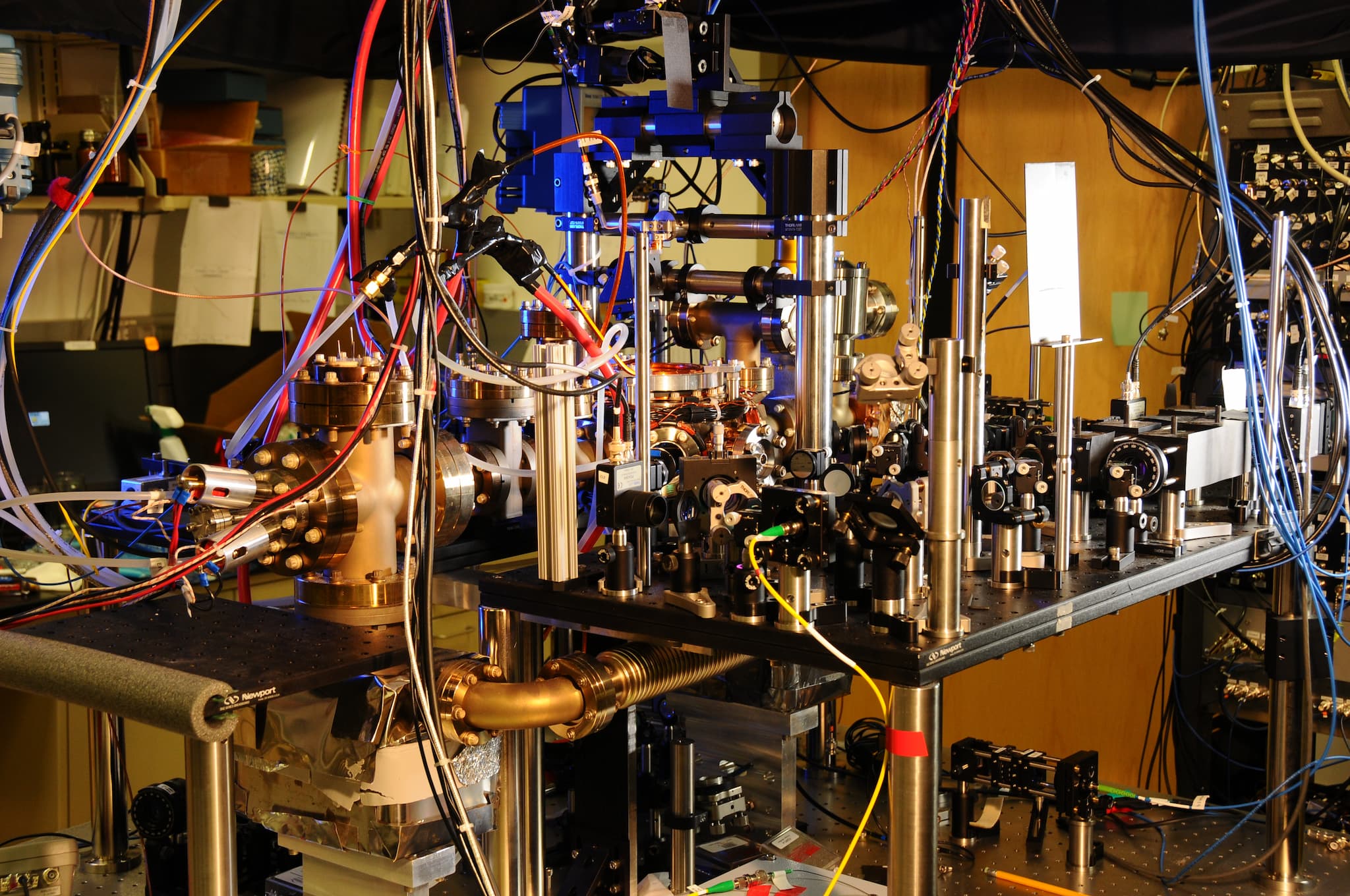 Researchers from the National Institute of Standards and Technology (NIST) have created the world's most stable clock by using not one, but two atomic clocks. Atomic clocks are timepieces that measure the optical frequencies of ytterbium atoms or strontium ions with a laser probe, and use this standard in order to keep time.

Let's be clear: the clock in question is not the most precise clock in the world. That distinction belongs to the atomic clock created by German scientists from Physikalisch-Technische Bundesanstalt. Precision is the ability to accurately mimic the oscillations of the atoms the clock is based on. Meanwhile, stability is how precisely the duration of each clock tick matches every tick that comes before and after.

A common issue with atomic clocks is the 'dead time' in their operation that occurs when atoms have to be prepared and measured. That means there is time that the atomic clock is not being tuned, and is accumulating 'noise' that distorts the timekeeping. To remedy this, the researchers used two atomic clocks in one system. This virtually eliminated all downtime. When one of the systems is shut down for prep, the other one takes over.

"We eliminated a critical type of noise in the clock's operation, effectively making the clock signal stronger," NIST physicist Andrew Ludlow said. "This means we can reach a clock instability of 1.5 parts in a quintillion (1 followed by 18 zeros) in just a few thousand seconds."

Further, this super-stable clock opens the door for more precision tests about the 'fundamental constants' of nature. The unerring precision of these clocks means that values in the universe we previously took for granted can now be verified.

Atomic clocks could also be used in the hunt for dark matter. Dark matter is said to be moving around the universe, passing through regular matter. Atomic clocks would be able to detect the minute inconsistencies this matter creates.

Who knew a clock could unlock the secrets of the universe?

Read This Next
Dark Secrets
Scientists Just Detected the Oldest Dark Matter Ever Observed
Walled Up
Scientists Say Space Is Filled With Invisible Walls
Turn Back Time
Scientists Say There May Be a Mirror Universe in Which Time Runs Backwards
Into Darkness
Inside NASA's Bold Proposal to Probe the Mysteries of Dark Matter
Was Al Wrong?
New Evidence About the Universe Suggests Einstein Was Wrong
More on Hard Science
Horrible Geese
Yesterday on futurism
Furious Geese Are Defeating Humans, Scientists Find
Quacks Like a Duck
Dec 1 on futurism
Those Headlines About Scientists Building a Wormhole Are Total Nonsense, People
It From Bit
Nov 22 on the byte
A Scientist Is Crowdfunding an Experiment to Check if We Live in a Simulation
READ MORE STORIES ABOUT / Hard Science
Keep up.
Subscribe to our daily newsletter to keep in touch with the subjects shaping our future.
+Social+Newsletter
TopicsAbout UsContact Us
Copyright ©, Camden Media Inc All Rights Reserved. See our User Agreement, Privacy Policy and Data Use Policy. The material on this site may not be reproduced, distributed, transmitted, cached or otherwise used, except with prior written permission of Futurism. Articles may contain affiliate links which enable us to share in the revenue of any purchases made.
Fonts by Typekit and Monotype.