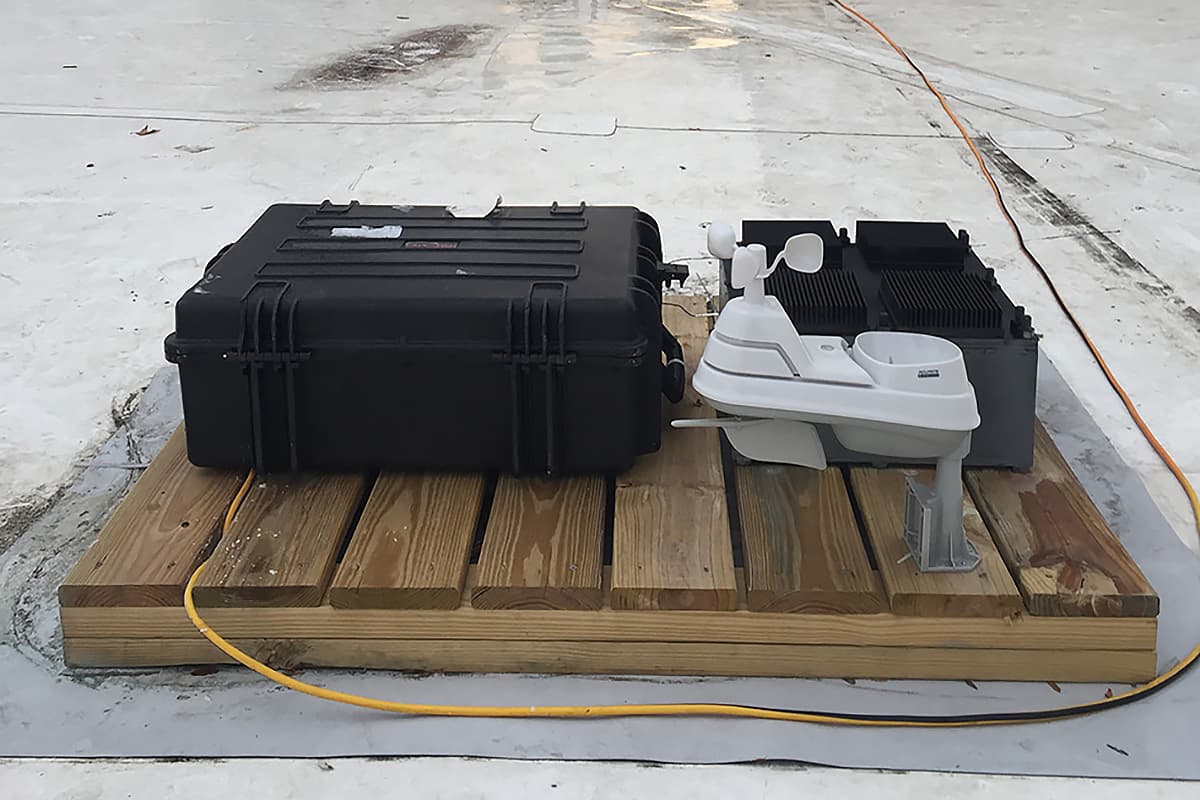 We might not always notice it, but the air around us is constantly heating up and cooling down. Now scientists at MIT have decided to put these temperature changes to good use, with a device that turns them into electricity.

Their device, called "thermal resonator" improves on conventional thermoelectric generators, which work by converting a temperature differential into electrical power. This particular system doesn't require two different temperature inputs – instead, it uses a special material that guarantees a slow radiation of heat, so the temperature of one side of the device always lags behind the other.

The researchers, who described their work in the journal Nature Communications, wanted to develop a material with strong "thermal effusivity", namely the combination of how quickly heat can travel through a substance, and how effectively it can be stored. Typically, if one of these properties is high, the other one is low.

The thermal resonator avoids that outcome by combining a metal foam made from copper of nickel with a layer of graphene to enhance its conductivity. It's then infused with a phase-change material called octadecane, which is capable of storing and releasing a huge amount of heat.

One side of the device captures heat, which is then slowly transported to the other side. The material is very good at holding on to the heat, but can also move it around effectively, facilitating the differential required to generate electricity.

The researchers ran initial tests using the 24-hour cycle of ambient air temperature. However they think that the device could also harvest electricity from other temperature variations, such as those produced by on-off cycling of everything from a domestic refrigerator to industrial machinery.

However exciting, the system still has significant limitations. Its modest power levels mean that it can only charge tools that don't require lots of electricity, like remote sensors. We are unlikely to see such system powering our home appliances anytime soon, but this idea adds to an array of innovations that provide alternatives to more mainstreams sources of clean energy, such as wind or the sun. And to wean ourselves off fossil fuels every small step counts.

Read This Next
Futurism
MIT Researchers Develop a System That Can Store Thermal Energy for Hours
Futurism
With This Revolutionary Paint, Your Walls Can Turn Heat Into Electricity
More on Earth & Energy
Brave <3
Yesterday on the byte
Bill Pledges to Keep Flying Private Jet While Speaking Out Against Climate Change
Sowloon Walled City
Yesterday on the byte
China Growing Pigs in Huge High Rise Buildings
Crust Punk
Yesterday on the byte
Scientists Discover Molten Hell Zone Beneath Earth's Tectonic Plates
READ MORE STORIES ABOUT / Earth & Energy
Keep up.
Subscribe to our daily newsletter to keep in touch with the subjects shaping our future.
+Social+Newsletter
TopicsAbout UsContact Us
Copyright ©, Camden Media Inc All Rights Reserved. See our User Agreement, Privacy Policy and Data Use Policy. The material on this site may not be reproduced, distributed, transmitted, cached or otherwise used, except with prior written permission of Futurism. Articles may contain affiliate links which enable us to share in the revenue of any purchases made.
Fonts by Typekit and Monotype.