The Year of the Drone: Flying Robots Are Set to Take Over Agriculture 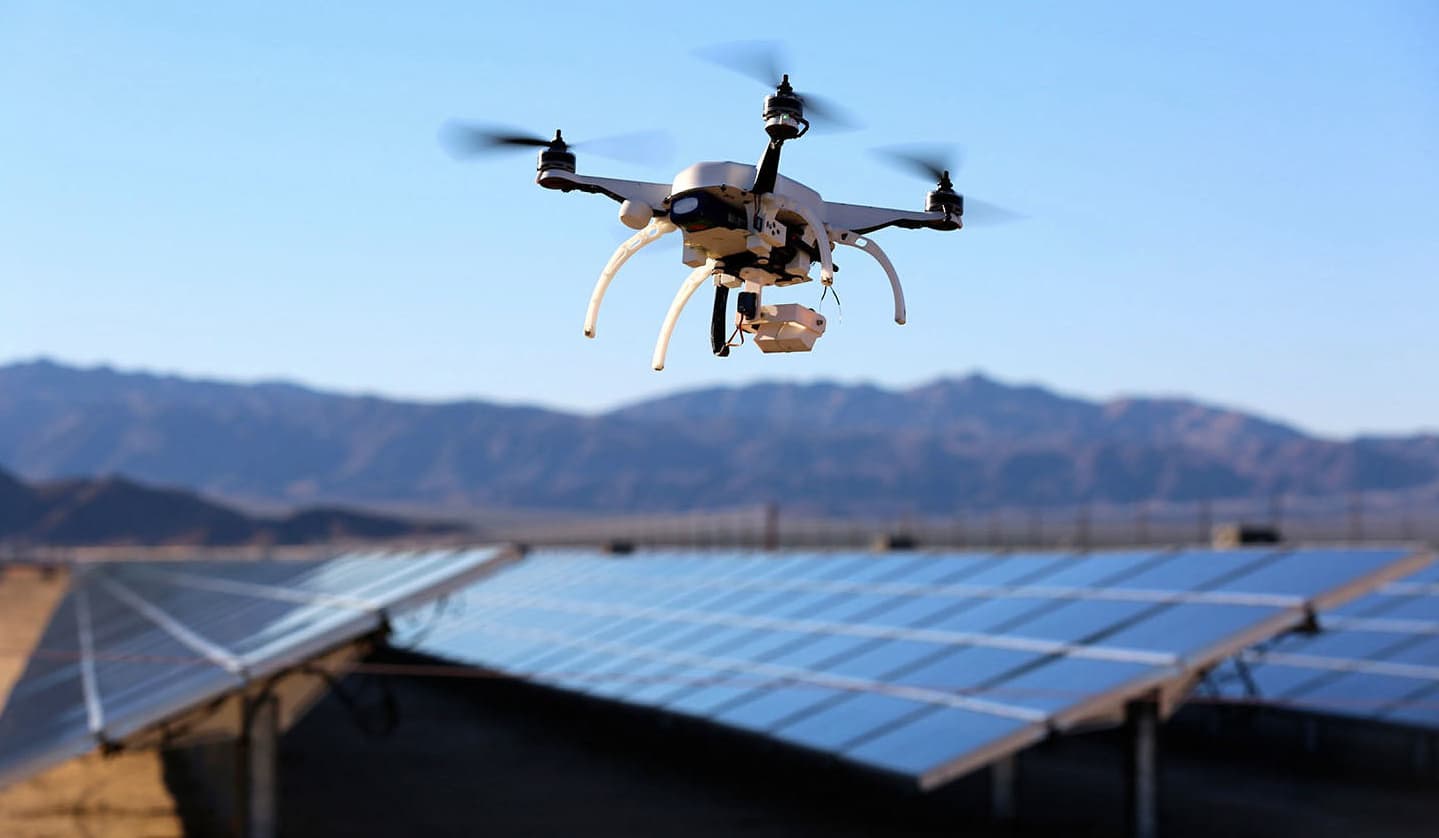 Unmanned aerial vehicles (UAVs) – better known as drones – could one day perform the tasks that, today, are often done by people in trucks, planes, or helicopters. In essence, they could replace the people (and the tech) that we currently use. One of the major areas that will be impacted by this tech may, at first glance, not be overtly obvious: Agriculture.

When we think of farming, we think of hand-picked berries or rows of crops that have to be planted and tended by a keen eye (a human eye, to be specific). And while modern machinery has allowed us to make crop monitoring and tending more efficient (we don't have to walk plant to plant to check for bugs, for example), even with the best tech, a lot of ground needs to be covered. As a result, a lot still goes unnoticed. If that's not enough, the technology that we currently use to cover vast distances is amazingly expensive. Sadly, helicopters don't come cheap, and that's one of the only ways to monitor the kinds of acreage that we are talking about.

Drones can change all that.

Indeed, drones are already taking over a number of positions in agriculture. For example, there is the HoneyComb, which provides an all-in-one solution with their AgDrone. The drone itself can be outfitted with an array of sensors including thermal imaging, stereoscopic and multispectral NDVI (Normalized Difference Vegetation Index). This tech allows individuals to monitor their crops at just a fraction of the cost of previous methods.

Another company, Delair-Tech, gives individuals a host of industry-specific packages. The primary ones are the DT-18 or DT-26 UAVs. The Crop Mapper package is one example of a solution that is designed for those working on projects that cover a large area. The package comes standard with Delair’s Solapp flight control software and Pix4D‘s Mapper imaging processing software.

Ultimately, a widely-cited drone report that was released by the Association for Unmanned Vehicle Systems International earlier this year (2015) predicts that commercial drones will create more than $80 billion in economic impact between 2015 and 2025. And most notably, it states that the aforementioned "precision agriculture" will provide the biggest piece of that growth.

In the end, these systems allow individuals to monitor their acreage with an efficiency and monetary expenditure that, previously, wasn't possible.

And other drones are now set to take over farms of a different kind- solar farms. This tech may be able to take the place of the methods that we use to conduct surveys that cover areas that are span thousands of acres. And they could do it all at just a fraction of the price.

Just as crops need to be continually monitored for health and wellbeing, solar panels require periodic maintenance inspections to prevent  breakdowns and ensure smooth operations. This can be a challenging task, especially at multi-megawatt solar farms with tens of thousands of panels that need to be investigated. Since frequent and thorough inspections via truck or helicopter can prove to be costly (as both manual laborers and advanced tech are expensive), solar farm operations & maintenance providers often opt to do inspections only if the threat of potential solar plant failure is grave enough, i.e. only if breakdown seems imminent.

Battery-powered drones, being the far cheaper and more efficient alternative, could change this approach and do away with O&M (operations & maintenance) providers putting off inspections until they are absolutely necessary.

Drones are also capable of additional actions that cannot be performed by conventional vehicle surveys. They can spot cracks along the panels, and thanks to thermal imaging technology, they can also detect areas with excessive heat stress. Or, they can quickly determine if the problem is simply that the panels are being covered by dirt and leaves.

However, despite all these benefits, UAVs do face some setbacks. One setback would be the legality of using UAVs commercially, as this will require clearance from the Federal Aviation Administration (FAA). Another obstacle is the need for UAVs in flight to constantly be within the line of sight of their operators, a limitation that severely hinders their mobility.

Yet, these are problems that could potentially be solved with a little bit of innovation, which is why companies like First Solar and SolarCity have started testing unmanned aircraft systems (UAS) as a business tool over the past few years, according to a new report from the Electric Power Research Institute (EPRI). And in the coming years, the number of companies breaking on to this scene will likely only increase.

Read This Next
Brands We Love
Robots Are Already Driving and Painting, Now They're Directing Films Too
Futurism
Qbits for Cubists: Robots Made These Incredible Works of Fine Art
Futurism
There's Now A Computer Designed Specifically for Programming Intelligent Robots
Futurism
The Military Wants to Make AI That Mimics the Human Brain. Experts Know There’s a Better Way.
Futurism
Bring This Robot to a Disco, and It'll Dance With You
More on Artificial Intelligence
Making Waves
8:39 PM on the byte
Alien-Detecting AI Finds Eight "Suspicious" Signals
DAN vs ChatGPT
8:02 PM on futurism
Devious Hack Unlocks Deranged Alter Ego of ChatGPT
Big Fish
7:23 PM on the byte
Getty Images Sues AI Art Generator Stable Diffusion for Copying Millions of Its Photos
READ MORE STORIES ABOUT / Artificial Intelligence
Keep up.
Subscribe to our daily newsletter to keep in touch with the subjects shaping our future.
+Social+Newsletter
TopicsAbout UsContact Us
Copyright ©, Camden Media Inc All Rights Reserved. See our User Agreement, Privacy Policy and Data Use Policy. The material on this site may not be reproduced, distributed, transmitted, cached or otherwise used, except with prior written permission of Futurism. Articles may contain affiliate links which enable us to share in the revenue of any purchases made.
Fonts by Typekit and Monotype.