After next week, the way that we travel may never be the same.

SciFi visions of the future are usually defined by key technologies: lasers, time travel, and — more often than not — flying cars. Now, AeroMobil is finally bringing fiction to reality following the announcement of the world’s first flying car. 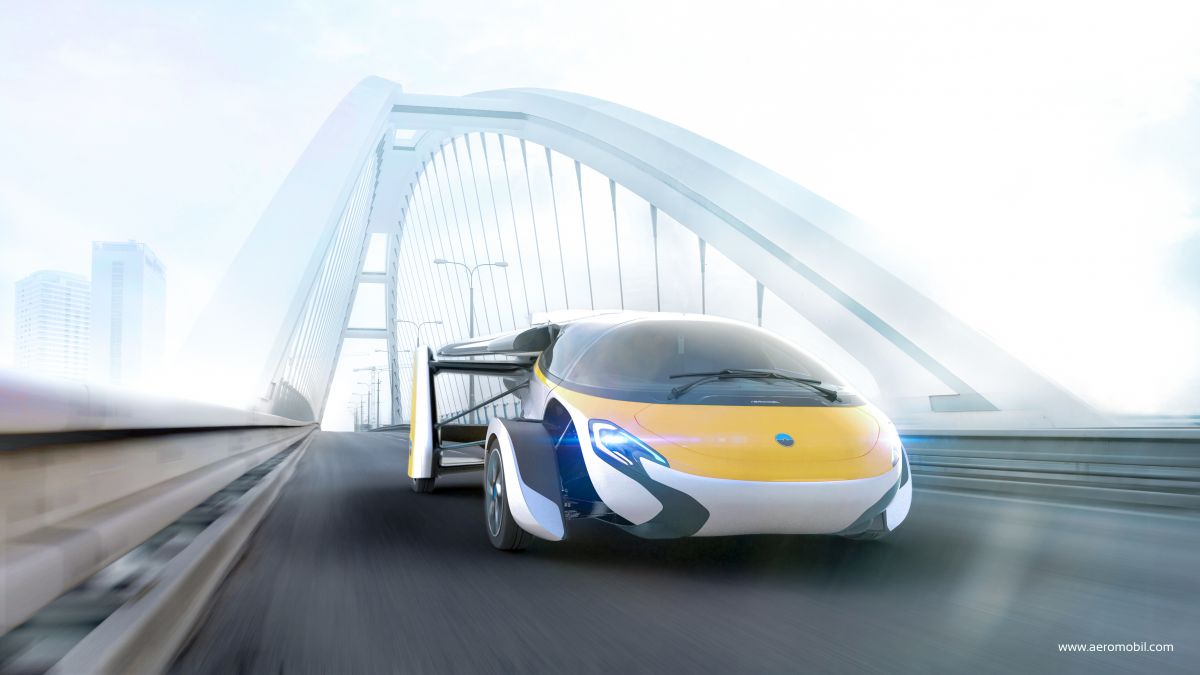 The vehicle, a two-seater powered by hybrid propulsion, combines aero and car functionality seamlessly and will become the first commercially available flying car. Granted, the vehicle isn’t specifically designed to just be airborne, but that’s precisely what gives it better functionality. It affords users the option to drive on land or pilot the vehicle in the air.

By combining aero and car functionality in perfect harmony it heralds a new era in efficient and exciting travel, offering users an unparalleled choice of transport on the road or in the air. AeroMobil aims to make personal transportation vastly more efficient and environmentally friendly by allowing significantly faster door-to-door travel for medium distance trips and in areas with limited or missing road infrastructure.​

The flying car will be unveiled at the Top Marques car show in Monaco on April 20, nearly 30 years after the Slovakian company first began developing their concept. Their goal is anchored in creating personal transportation that is as efficient as it is environmentally friendly, especially in areas where infrastructure is limited.

Aeromobil is not the only company working towards developing flying cars. Airbus has partnered with Italdesign in an effort to create a car-drone hybrid called Pop.Up — a driverless electronic vehicle that, like Aeromobil, can both drive on roads and fly. PAL-V is already accepting pre-orders for Liberty, a three wheeled land/air hybrid vehicle. And a company known for their jetpack technology is making huge leaps forward in flying car design and technology.

But while it seems like the world is well on its way to bringing flying cars to reality this year, there are obvious challenges that could prove to be a barrier for adoption — regulations.

Given that these revolutionary machines can be driven on land and fly, it will likely prompt questions regarding safety standards and operational requirements, which we don’t have yet for this kind of vehicle. While most people in the U.S. today can drive and have driver’s licenses, very few will have pilot’s licenses and training, which could be a consideration, or even requirement, before anyone can own a driving/flying car hybrid.

In any case, Aeromobil assures consumers that the vehicle will be compliant with existing regulatory frameworks already in place for both cars and airplanes, which means their vehicle could actually take to the streets, and skies, very soon, and change the way we travel forever.

New Zealand May Soon Get a Flying Taxi Service

PAL-V’s Flying Car Design Has Been Finalized, Will Arrive in 2019

Uber CEO Says Flying Cars Are Only a Decade Away

The Owner of Volvo Just Acquired a Flying Car Company