The auto and tech industries are driving us into the future together. 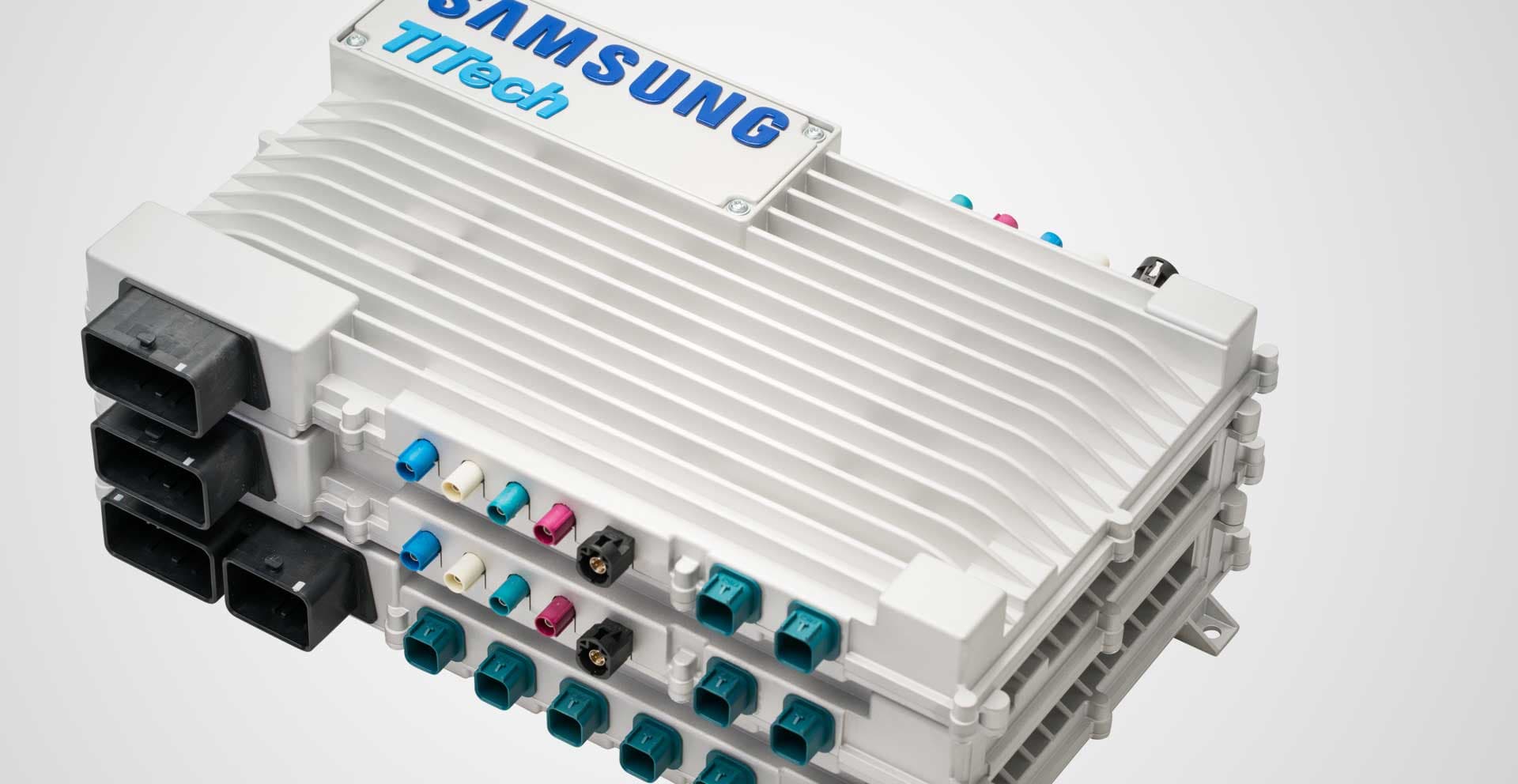 Yesterday, Samsung turned heads with an announcement that they will be investing heavily in the automotive industry via not one, but two new projects.

First, the company known for a variety of electronics, but especially smartphones, revealed that they have launched a $300 million fund (Samsung Automotive Innovation Fund) to back startups and other ventures helping shape the future of the industry. TTTech, an Austrian developer of automotive software, is the first recipient of money from the fund, with Samsung allocating nearly $90 million toward their projects.

That wasn't the only announcement, though. Last year, Samsung acquired Harman, a company that creates auto and audio products, and now, they've revealed that they'll be putting that acquisition to use through an initiative to develop connected auto tech.

“During this period of extraordinary transformation in the automotive industry, we are excited to play a leadership role in supporting and shaping the future of smarter, more connected vehicles,” Young Sohn, President and Chief Strategy Officer of Samsung Electronics and Chairman of the Board of HARMAN, said in a statement.

A huge electronics company like Samsung investing so heavily in automotive ventures may come as a surprise to some, but it's becoming increasingly common for tech companies to put money into the future of this industry.

Apple, Google, and Baidu are even going so far as to work on developing their own autonomous vehicles, investing huge amounts of money into R&D and the recruiting of the talent necessary to make their lofty goals a reality.

The opposite is true as well. Many huge automotive companies are investing in tech companies. For example, GM has teamed up with Lyft to develop a fleet of self-driving taxis.

This level of significant financial investment coming from both ends is poised to greatly benefit drivers. “Automotive advances like autonomous controls and advanced driver assistance systems will have a profound impact on society — from transforming urban spaces to bringing mobility to aging populations," according to Sohn.

Clearly, this is the future of personal transport, and a spirit of collaboration and innovation is key to bringing the best product to the consumer.

Read This Next
Kiddy League
Tesla Fans Put Child in Path of Moving Tesla on Self-Driving Mode
Self-Delusion
Experts Alarmed by Videos of Tesla Full Self-Driving Totally Screwing Up
Steering Wheels Coming Off
Automotive Lobbying Group Abandons the Term "Self-Driving"
Driving Himself Crazy
Watch Elon Musk Promise Self-Driving Cars "Next Year" Every Year Since 2014
Look Ma
It's Shockingly Easy to Drive a Tesla Without Anybody in the Driver's Seat
More on Advanced Transport
High Tide
Jan 27 on the byte
We’re in Awe of Amsterdam’s Huge Underwater Bike Parking Garage
Quelle Surprise!
Jan 26 on the byte
Of Course Elon Musk Is Pushing The Cybertruck Back Again, What Did You Expect?
Stay Away
Jan 25 on the byte
New SUV Features Electrified Door Handles and Pepper Spray Guns
READ MORE STORIES ABOUT / Advanced Transport
Keep up.
Subscribe to our daily newsletter to keep in touch with the subjects shaping our future.
+Social+Newsletter
TopicsAbout UsContact Us
Copyright ©, Camden Media Inc All Rights Reserved. See our User Agreement, Privacy Policy and Data Use Policy. The material on this site may not be reproduced, distributed, transmitted, cached or otherwise used, except with prior written permission of Futurism. Articles may contain affiliate links which enable us to share in the revenue of any purchases made.
Fonts by Typekit and Monotype.