The U.S. Navy's Vertical Takeoff Drone Will Lift off in 2018

Straight up, this unmanned drone can take off and land vertically. 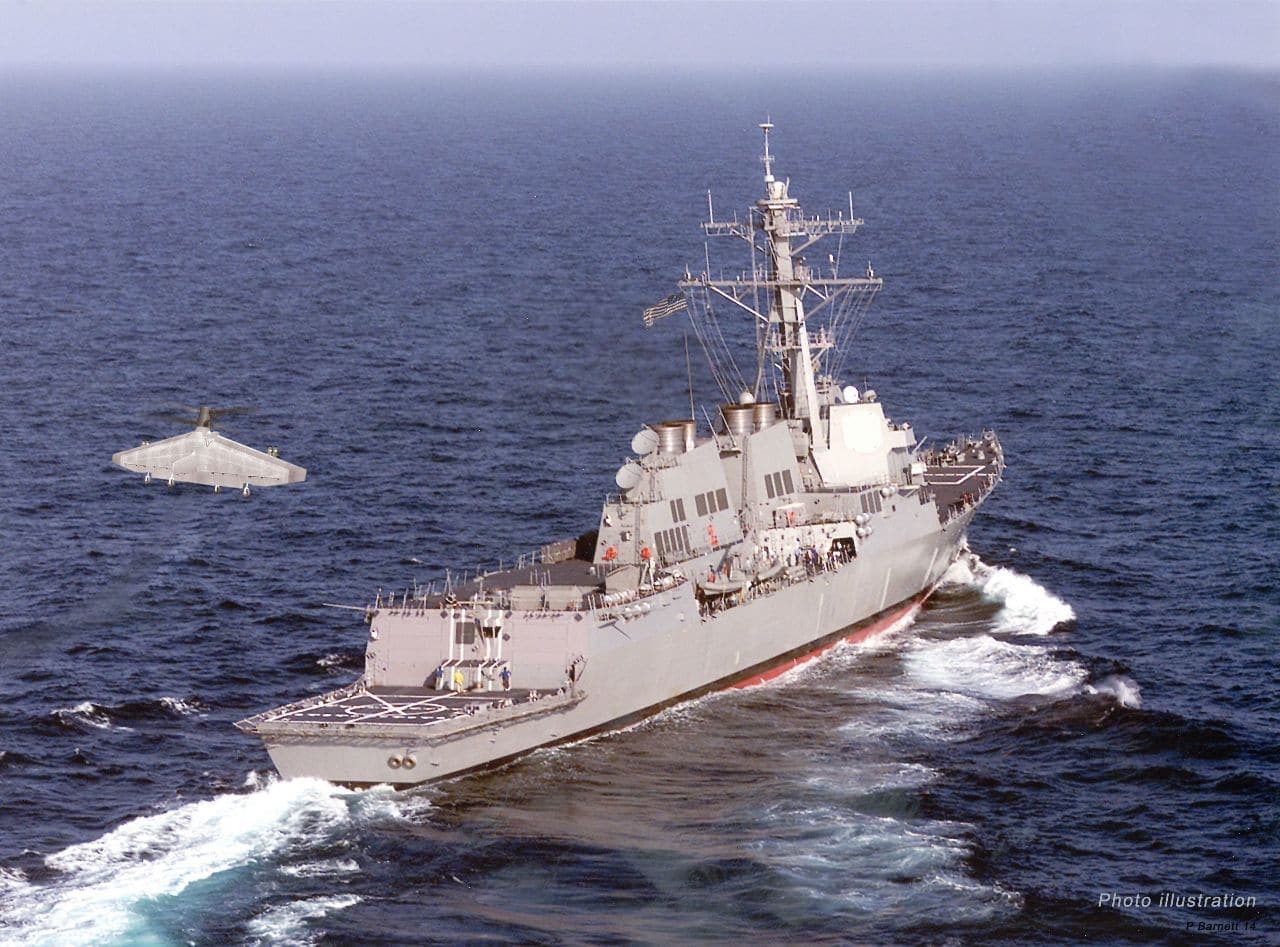 The United States Navy has been developing unmanned systems for quite some time now. It's already released several drone designs, including submarine-launched drones and drones ready for active warfare. Now, the Navy is hoping to add a new drone to its arsenal.

Global security company Northrop Grumman has passed two key milestones in the development of its Tactically Exploited Reconnaissance Node (Tern) unmanned aerial vehicle (UAV) for the Navy, so it is on track for at-sea trial by 2018. The Tern program is a collaboration between the Defense Advanced Research Projects Agency (DARPA) and the U.S. Office of Naval Research.

The goal is to create a tail-sitting flying wing that can take off and land vertically, perfect for use on small decks like those found on destroyers or smaller carriers. During a flight operation, the drone would take off vertically from a tail-sitting position. It would then turn its body to begin horizontal flight, after which it would become vertical again for landing.

The drone has an expected range of 1,111 km (690 mi) and will be able to carry 454 kg (1,000 lb). It is designed to support the Navy in intelligence, surveillance, and reconnaissance missions, as well as small targeting and strike missions. Northrop is expected to create detailed aircraft designs, build two demonstrator aircraft, and conduct land and sea-based testing by the end of its current testing phase.

Read This Next
FROM THE DEPT. OF THINGS TO BUY
The Best Science Gifts of 2023
"Hoodwinked"
New Pentagon Group Accused of Trying to "Bury" UFOs Again
Hmmmmmm
The Pentagon Just Released Its UFO Report
Drone Tanker News
The US Navy Just Used a Drone to Refuel a Fighter Jet in Midair
Crush Depth
Debris Found From Missing Submarine, All Crew Presumed Dead
More on Robots & Machines
Blow Up Doll
Yesterday on the byte
Ukraine Accuses Russia of Using Inflatable "Dummy Tanks," Which Deflated
Robot Arm News
Jan 29 on the byte
European Space Agency Shows Off Concept for Martian Sample Picker-Upper
From the Dept. of...
Jan 29 on futurism
The Best Desk Lamps of 2023
READ MORE STORIES ABOUT / Robots & Machines
Keep up.
Subscribe to our daily newsletter to keep in touch with the subjects shaping our future.
+Social+Newsletter
TopicsAbout UsContact Us
Copyright ©, Camden Media Inc All Rights Reserved. See our User Agreement, Privacy Policy and Data Use Policy. The material on this site may not be reproduced, distributed, transmitted, cached or otherwise used, except with prior written permission of Futurism. Articles may contain affiliate links which enable us to share in the revenue of any purchases made.
Fonts by Typekit and Monotype.