It will also be seven times more powerful. 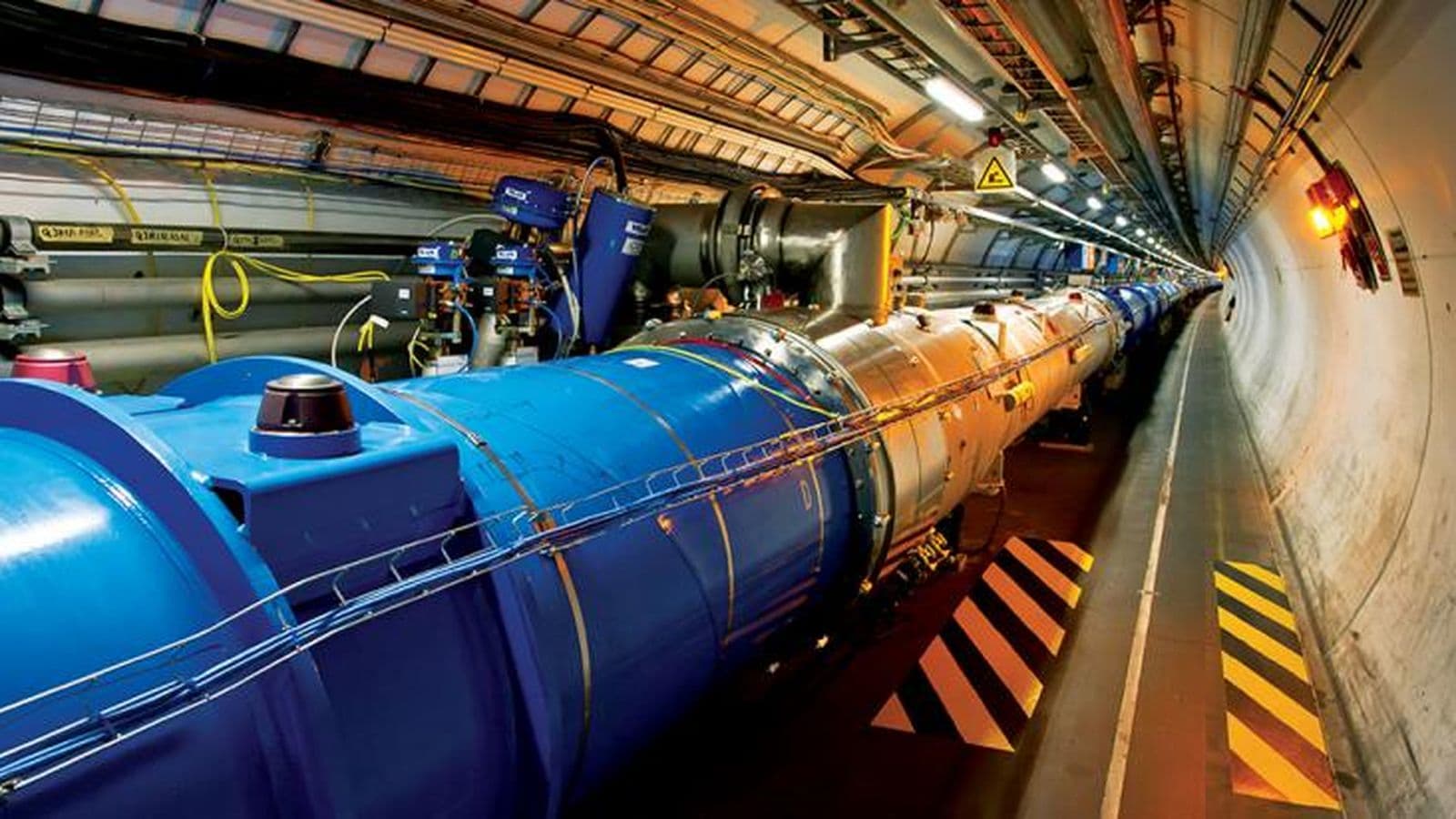 The Large Hadron Collider (LHC) still has plenty of good work left to do in the field of particle acceleration, but scientists are already starting work on its replacement, set to be three times as big as the (already huge) original.

Development on the LHC's replacement is expected to take decades, which is why experts are keen to get started now. The aim is to put together a machine that's some seven times more powerful than the hardware we have today.

More than 500 scientists from across the world have been putting their heads together in Berlin, Germany this week to figure out what LHC 2.0 – or the Future Circular Collider (FCC) – might look like.

Where the LHC's looping tunnel stretches for 27 kilometres (nearly 17 miles), the FCC's circuit would measure between 80-100 kilometres (50-62 miles), and it'll be located just down the road from its predecessor on the France-Switzerland border.

With double-strength magnets installed, the plan is to have the next machine able to smash particle beams together with a strength of up to 100 tera electron Volts – about the same level of particle acceleration that you would get from 10 million lightning strikes.

That extra energy would potentially enable researchers to see hidden particles even heavier than the Higgs boson, a particle underpinning our most fundamental understanding of the laws of nature that the LHC found evidence for in 2012.

Researchers say the next LHC could also help us develop more radiation-resistant materials for use in nuclear reactors and power networks.

The team looking into plans for the FCC is hoping to have a proposal on the table by next year, but it could be 20 years after that before it boots up for the first time. The LHC took nearly 30 years to put together, from planning to launch.

Ultimately the aim is to peer even deeper into the laws of the Universe.

"When you look into things like the movement of galaxies, we see that we can only understand and explain about five percent of what we observe," Michael Benedikt, who is leading the FCC research, told Joe Dodgshun at Horizon.

"But with questions like the so-called problem of dark matter, which is linked to the fact that galaxies and stars are not moving as you would expect them to, the only explanation we have is that there must be matter we do not see which distorts the movement accordingly."

Let's not write off the Large Hadron Collider yet, though. The revolutionary particle smasher, which causes particle beam collisions strong enough to break matter into its constituent parts, is expected to keep the scientific discoveries coming until 2035 or so.

The LHC is due for a substantial upgrade in the mid-2020s too, which will enable it to boost the rate of its particle collisions and improve its accuracy even further. It will also get a name upgrade too, to the High Luminosity Large Hadron Collider (HL-LHC).

We're looking forward to what the LHC and its successor are going to find over the next few decades, and you can keep up to date with the latest developments at the official Future Circular Collider Study website.

Let's just hope when the FCC does arrive, it's weasel-proof.

Read This Next
Primordial Tap Water
The Early Universe Was a Vast Liquid Ocean, Scientists Say
Atom Smash!
Vast New Particle Accelerator Would Dwarf Large Hadron Collider
Nap Time
The Large Hadron Collider Just Shut Down
Futurism
CERN Researchers Are Planning to Trap and Truck Antimatter From One Facility to Another
Futurism
"Holy Grail" Particle: New Physics Research Shows Tetraquarks Must Exist
More on Hard Science
Warped Tour
Feb 2 on futurism
Professor Believes Door to Warp Drive May Lie With Ethylene Glycol
Sky Bursts
Feb 2 on the byte
Astronomers Intrigued by 25 Mysterious Repeating Radio Signals From Deep Space
Tractor Beam
Jan 26 on the byte
Scientists Build Working Tractor Beam, Although It's Comically Tiny
READ MORE STORIES ABOUT / Hard Science
Keep up.
Subscribe to our daily newsletter to keep in touch with the subjects shaping our future.
+Social+Newsletter
TopicsAbout UsContact Us
Copyright ©, Camden Media Inc All Rights Reserved. See our User Agreement, Privacy Policy and Data Use Policy. The material on this site may not be reproduced, distributed, transmitted, cached or otherwise used, except with prior written permission of Futurism. Articles may contain affiliate links which enable us to share in the revenue of any purchases made.
Fonts by Typekit and Monotype.