A Brief Explanation of the Kardashev Scale: How Far Can Humanity Really Advance?

This is what our world could look like millennia from now. 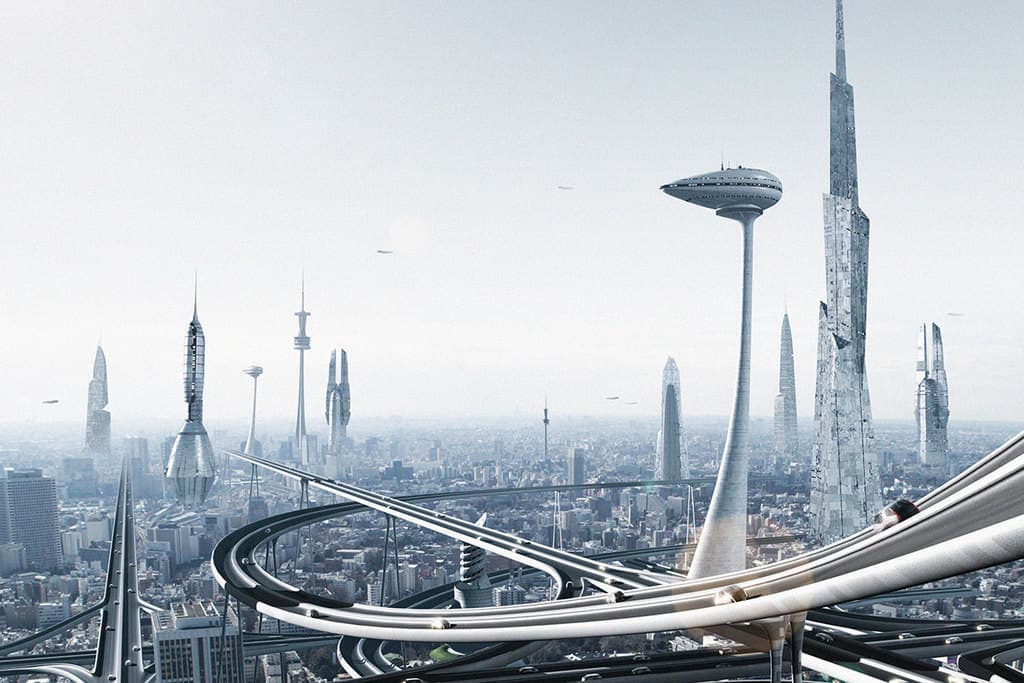 Let’s be honest, we have our fair share of problems on planet Earth: war, floods, disease, poverty, and environmental destruction (the list goes on and on, really). But we also have a lot of things going for us: the Alcubierre Warp Drive, invisibility cloaks, the Mars rover missions, the discovery of the Higgs (again, the list goes on and on).

How can we weigh all the exciting and inspiring scientific discoveries against all the destruction and chaos? We have an ever-expanding list of catastrophes that is coupled with (indeed, that parallels) our unrelenting march towards technological perfection. With such a coupling of unimaginable horrors and magnificent advancements, how can we possibly measure our status as a civilization?

One is “The Kardashev Scale.”

If you just want to understand the basics of this scale, you can read the following paragraph and skip the more technical section, which is helpfully marked “The TLDR Part.”

The Kardashev scale exists because of a Russian astrophysicist known as Nicolai Kardashev (bet you'll never guess where the scale got its name from).

In 1964, Kardashev came up with the idea that the status of a culture, as a whole, depends on two primary things: Energy and technology. He theorized that  a civilization's technical advancement runs parallel to the amount of energy that the civilization is able to harness and manipulate. Essentially, the more energy that a society can produce, the more technologically advanced they are (this was originally just tied to energy available for communications, but has since been expanded).

In other words, according to this theory, a culture's development (in the very widest sense) is a product of energy and of technology: Through technology, energy is harnessed, and as social systems are expressions of this technology, the status of a culture rests upon (and is determined by) the amount of energy that is harnessed.

The scale has a number of different categories (levels of classification). In recent years, scientists have expanded this scale to measure hypothetical civilizations—civilizations that are galactic, intergalactic, and even multiverse in nature.

Are you ready to find out where humanity falls? Then press on!

• Type 0: Subglobal Culture—This civilization extracts its energy and raw-materials from crude organic-based sources such as wood, coal, and oil. Any rockets utilized by such a civilization would necessarily depend on chemical propulsion. Since such travel is so pitifully slow, a civilization at this level would be (for the most part) confined to its home planet. Unfortunately, this is about where we are. We haven’t quite made it to Type I yet.

• Type I: Planetary Culture—This civilization would be slightly more advanced than those found on Earth. They would be capable of utilizing all available resources on their home planet, skillfully harnessing the energy output of an entire world (10^15 watts). With any luck (if we don’t blow ourselves to oblivion, or turn the Earth into an uninhabitable wasteland) we will reach this stage in 100-200 years. So maybe your grandkids will be around to see it; there’s some hope in that (assuming you have kids).

• Type II: Stellar Culture—This civilization would be far more advanced than we are (a few thousand years beyond our stage of evolution). Such a society would be able to harnesses all the energy of its star (in our case, about 10^26 watts). This culture might resemble the Federation of Planets, as seen on Star Trek; or the civilization might be like a majority of the humanoids in the Mass Effect universe, such as the Asari, Salarians, and Turians.

• Type III: Galactic Culture—This civilization would be able to harnesses the energy output of a galaxy (about 10 billion times the energy output of a Type II civilization, and about 100,000 to 1 million years more advanced than we are). They have colonized the galaxy itself, extracting energy from hundreds of billions of stars, traveling across interstellar space, and populating innumerable worlds. This civilization may resemble the Borg (but hopefully not as mean and “resistant-is-futile-like”), or perhaps they would resemble the Empire from Star Wars (but hopefully not so Darth-Vader-choke-hold-like), or maybe they would be more like the Reapers from Mass Effect (but hopefully not so break-your-body-down-into-biogoop-like)…did anyone else notice that the civilizations at this level all seem to be evil and horrid?

• Type IV: Universal Culture —This civilization would be an intergalactic culture, spanning the breadth and width of the Universe. They would travel across the cosmos, commanding the power of a billion trillion suns. These societies would be capable of attempting projects of gargantuan, superhuman proportions, such as changing the structure of space-time or the deliberate slowing of entropy (or even its reversal) to achieve ultimate immortality. (Or, said civilizations may ultimately become capable of living INSIDE the event horizon of extra-massive black holes!) For humanity, such accomplishments might be forever beyond our reach. This level may be achievable only by incorporeal beings, such as members of Star Trek’s Q Continuum, or the Gallifreyans from Doctor Who.

• Type V: Multiverse Culture—This civilization will have transcended their universe of origin. It would be capable of universe-scale manipulation (jumping between multiverses that contain varied forms of matter, physics, and space-time). A civilization such as this would be home to beings of unimaginable power and ability.

Looking to the Future

It is a little disheartening that we haven’t even reached Type I yet. It would be nice to say something inspiring, like “given our lowly position, there’s nowhere to go but up!” Yet, it is entirely possible that some major catastrophe (be it natural or human induced) will send us spiraling back into the Stone Age.

So, what’s the ultimate take away from all of this?

If we want to advance beyond a Type 0 civilization, we’re going to need to play nice with one another (and maybe invest in science and education; that helps too).

Read This Next
Hole Shebang
Physicists Outline Plan to Harvest Energy From Black Holes
Brands We Love
Start Training For Your Electrical Engineer Career with These Classes
Brands We Love
These Specialty CBD Shots Provide a Productive Day's Work and a Productive Night's Sleep
Power Patent
US Military Files Patent for Room-Temperature Superconductor
Futurism
Sugar, Light, And A New Type of Chemistry — What It May Take To Wean Us Off Fossil Fuels
More on Hard Science
Warped Tour
Yesterday on futurism
Professor Believes Door to Warp Drive May Lie With Ethylene Glycol
Sky Bursts
Yesterday on the byte
Astronomers Intrigued by 25 Mysterious Repeating Radio Signals From Deep Space
Tractor Beam
Jan 26 on the byte
Scientists Build Working Tractor Beam, Although It's Comically Tiny
READ MORE STORIES ABOUT / Hard Science
Keep up.
Subscribe to our daily newsletter to keep in touch with the subjects shaping our future.
+Social+Newsletter
TopicsAbout UsContact Us
Copyright ©, Camden Media Inc All Rights Reserved. See our User Agreement, Privacy Policy and Data Use Policy. The material on this site may not be reproduced, distributed, transmitted, cached or otherwise used, except with prior written permission of Futurism. Articles may contain affiliate links which enable us to share in the revenue of any purchases made.
Fonts by Typekit and Monotype.