Kardashev Scale: What It’ll Be Like When We Harness the Power of an Entire World

We will be able to manipulate (and, in many ways, manufacture) our own world. 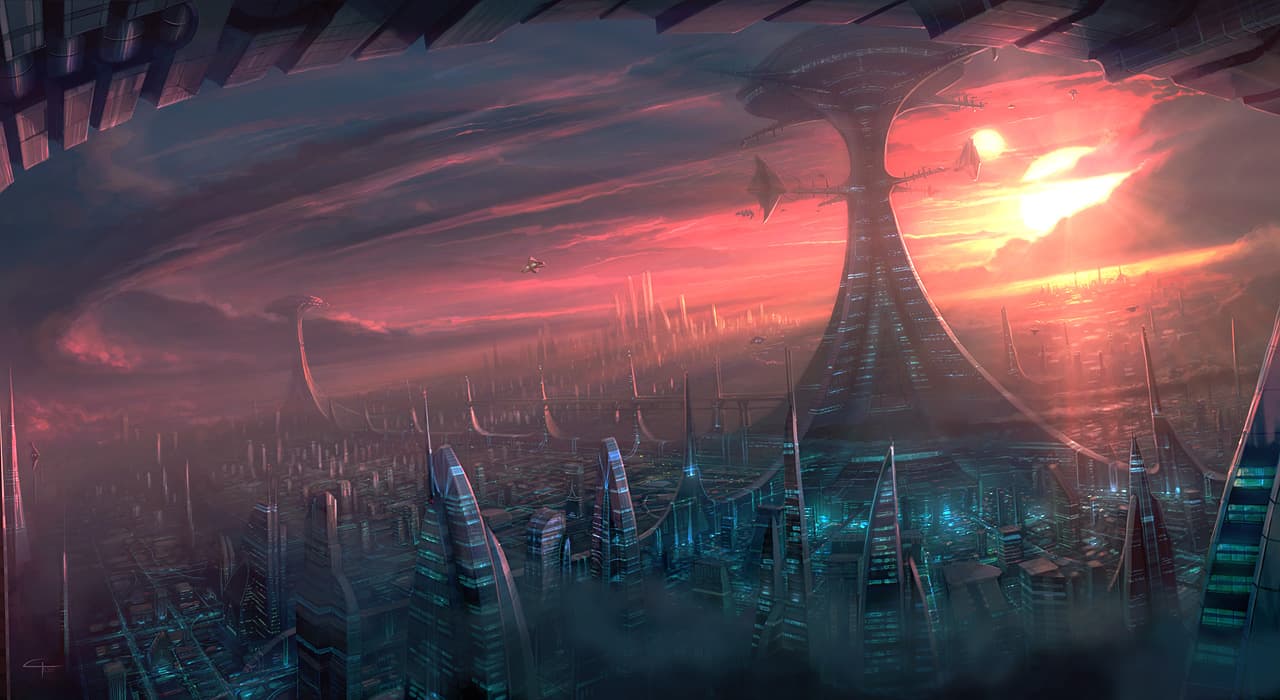 In a previous article, we offered an overview of the various civilization types: Subglobal Cultures, Galactic Cultures, Multiverse Cultures etc.  We've already discussed a Subglobal Culture. Today, we want to talk about what it would be like to live in a Type I Civilization—A Planetary Culture.

This type of culture doesn’t sound too terribly interesting. A Planetary Culture…a culture that lives on a planet. Wow. Fascinating. But don't be so quick to judge, as such civilizations are generally far more advanced than we are.

Earth: Above and Beyond

While it’s true that such cultures are limited to the energy that can be obtained from a single world, that they are stuck on a single rock, Type I Civilizations have harnessed the power of the entire planet itself (estimated at about ~4 x 10^19 erg/sec.).

This means that their technological advancement isn’t limited by the availability of fossil fuels.

So in essence, if you lived in a Type I Civilization, you wouldn’t need to worry about earthquakes, tornadoes, or other catastrophic phenomena. Horrifying natural disasters like Pompeii, the 2004 South Asian Tsunami, Hurricane Katrina…all of these cataclysms would be things of the past.

Ultimately, harnessing the power of the planet means controlling weather patterns, plate tectonics, oceanic currents, controlling volcanoes…the list goes on and on. As such, Type I Civilizations are able to manipulate (and, in many ways, manufacture) their own world.

You want rain? You can program it, so no more droughts. And no droughts means little to no starvation. This is a very good thing.

Of course, exploiting the power of a planet takes work. And you certainly can’t do it if your civilization is comprised of a few measly individuals who are confined to one tiny continent. Consequently, if you lived in a Type I civilization, you would be part of a vast population. Cities would stretch across the globe. Literally. Your world would no longer have countries or nations; it would be a single City-Empire. All peoples would act as one. They would be one…a truly global culture.

This is an inspiring and a harrowing thought.

Regardless of the path taken, the main point remains: A Type I Civilization will be a single, global culture that uses a network of highly advanced planetary-wide technologies to harness the total energy output of the Earth. For any world plagued by war and infighting, the large-scale projects required to attain Type I status will simply be out of reach.

When Will We get There?

Obviously, Planetary Civilizations are more advanced than we are. But, with any luck (if we don’t blow ourselves to oblivion, or turn the Earth into an uninhabitable wasteland), we will reach this stage in 100 to 200 years. So maybe your grand-kids will be around to see it; there’s some hope in that (assuming you have kids).

But there are problems that we will need to overcome if we are to attain the vast amount of energy generation needed to advance to a Type I Civilization. In order to reach Type I status using current modes of technology, we would need to essentially coat the entire surface of the planet with man-made structures. Such an enterprise would be astronomically expensive…and insanely detrimental to the environment. Moreover, we lack the material needed to create such large-scale structures.

On top of all this, nearly all forms of energy – electrical, thermal, mechanical, nuclear – they all return to the biosphere in a single degraded form: Heat. And heat is a wonderful, wonderful thing. Without it, we would all be very, very dead. But too much of a good thing is, well, not a good thing. Thermal pollution can rapidly reach catastrophic proportions. As more and more energy (heat) is liberated, the global temperature begins to rise, and the precarious energy balance of the biosphere begins to suffer irreversible damage.

At what point will this ultimate catastrophe occur?

On Earth, it is estimated that our pale blue dot will turn into a dry dead inferno long before we reach the energy levels needed to reach a Type I Civilization. The main point: The coming days will test us. There is a limit to every kind of energy production. At least, there is a limit if we don’t want to kill ourselves. So if we want to really advance, if we hope to boldly go where no one has gone before, then we are going to need to invest in new technologies and new means of production. We are going to need educated individuals to conduct research (we're looking at you).

Read This Next
Hole Shebang
Physicists Outline Plan to Harvest Energy From Black Holes
Brands We Love
Start Training For Your Electrical Engineer Career with These Classes
Brands We Love
These Specialty CBD Shots Provide a Productive Day's Work and a Productive Night's Sleep
Power Patent
US Military Files Patent for Room-Temperature Superconductor
Futurism
Sugar, Light, And A New Type of Chemistry — What It May Take To Wean Us Off Fossil Fuels
More on Hard Science
Warped Tour
Feb 2 on futurism
Professor Believes Door to Warp Drive May Lie With Ethylene Glycol
Sky Bursts
Feb 2 on the byte
Astronomers Intrigued by 25 Mysterious Repeating Radio Signals From Deep Space
Tractor Beam
Jan 26 on the byte
Scientists Build Working Tractor Beam, Although It's Comically Tiny
READ MORE STORIES ABOUT / Hard Science
Keep up.
Subscribe to our daily newsletter to keep in touch with the subjects shaping our future.
+Social+Newsletter
TopicsAbout UsContact Us
Copyright ©, Camden Media Inc All Rights Reserved. See our User Agreement, Privacy Policy and Data Use Policy. The material on this site may not be reproduced, distributed, transmitted, cached or otherwise used, except with prior written permission of Futurism. Articles may contain affiliate links which enable us to share in the revenue of any purchases made.
Fonts by Typekit and Monotype.