The GoPro is Getting A Brain, Thanks to Machine Learning

In 10 seconds, this tech can scan your videos and give you the best highlights. 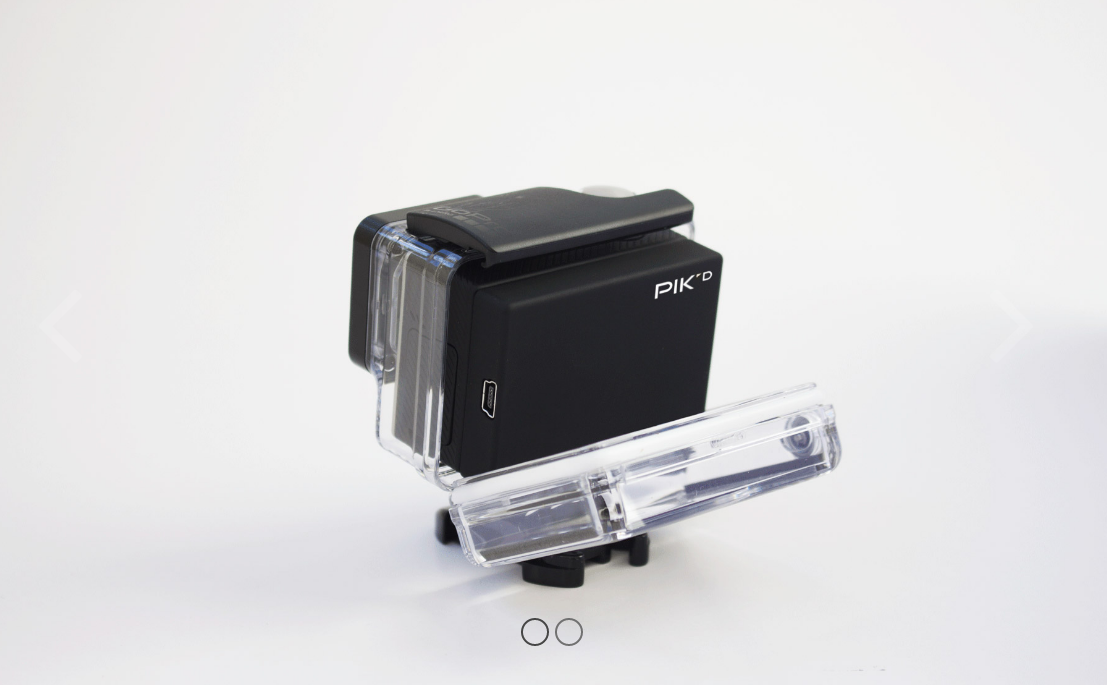 Now your videos of surfing, skiing, snowboarding, motocross...and all those other zany activities will be easier than ever to edit, thanks to machine learning and a new attachment known as Pik'd.

Pik'd is meant to help you ensure that fun and adrenaline are the protagonists of your footage, and not much time or concern needs to be devoted to post-production.

The communication between the technologies works automatically, so the user doesn't have to manipulate the device. All you have to do is attach the tech to your GoPro and record. Once the images have been captured, connect the camera to the computer and open the Pik'd software, which will be supplied free of charge.

And the team notes that a one-hour video takes no more than 10 seconds. Moreover, Pik’d’s battery life is at least 4 hours and can store several weeks of action.

In the future this device will be adding more sports to its 'brain' and also making it so that it can be adapted to other action cameras, such as Sony or Contour. Pik'd is currently a startup Chrysalis portfolio and will officially make its first debut to the world soon, through a crowdfunding campaign on Indiegogo.

"We hope to offer a cloud for users to have their collection of highlights at hand and that Pik'd become a platform for high-quality content," Moritz Hawelka, a founding partner of Pik'd, noted in an interview.

The Pik'd founders are comprised of an Austrian team, and they have partnered with
teams in Viña del Mar, Chile in order to bring their tech to life and internationalize the product. The location in Chile is not capricious, because in Chile it is possible to tackle things like surfing, skiing, snowboarding, or downhill biking in short order. Indeed, in one day, you can enjoy the snow and the insurmountable waves of Pichilemu.

Read This Next
Naughty Botty
Amazing "Jailbreak" Bypasses ChatGPT's Ethics Safeguards
Immortality Lite
Metaverse CEO Says ChatGPT Is Speeding Up Timeline for Emulating Dead People
AI After All
This Entire Sci-Fi Magazine Generated With AI Is Blowing Our Puny Human Minds
Let Them Fight
Whatever You Think of BuzzFeed's AI Quizzes, They're Way Less Horrible Than What CNET Has Been Doing
Bot Wreck
Red Ventures Knew Its AI Lied and Plagiarized, Deployed It at CNET Anyway
More on Artificial Intelligence
Year of Efficiency
Friday on the byte
Zuckerberg Says Facebook Will Lean Hard Into AI
Facepalm
Friday on the byte
"AI Will Never Replace Journalism," Says Magazine CEO Replacing Journalists With AI
Robot and Sickle
Friday on the byte
OpenAI CEO Says His Tech Is Poised to "Break Capitalism"
READ MORE STORIES ABOUT / Artificial Intelligence
Keep up.
Subscribe to our daily newsletter to keep in touch with the subjects shaping our future.
+Social+Newsletter
TopicsAbout UsContact Us
Copyright ©, Camden Media Inc All Rights Reserved. See our User Agreement, Privacy Policy and Data Use Policy. The material on this site may not be reproduced, distributed, transmitted, cached or otherwise used, except with prior written permission of Futurism. Articles may contain affiliate links which enable us to share in the revenue of any purchases made.
Fonts by Typekit and Monotype.