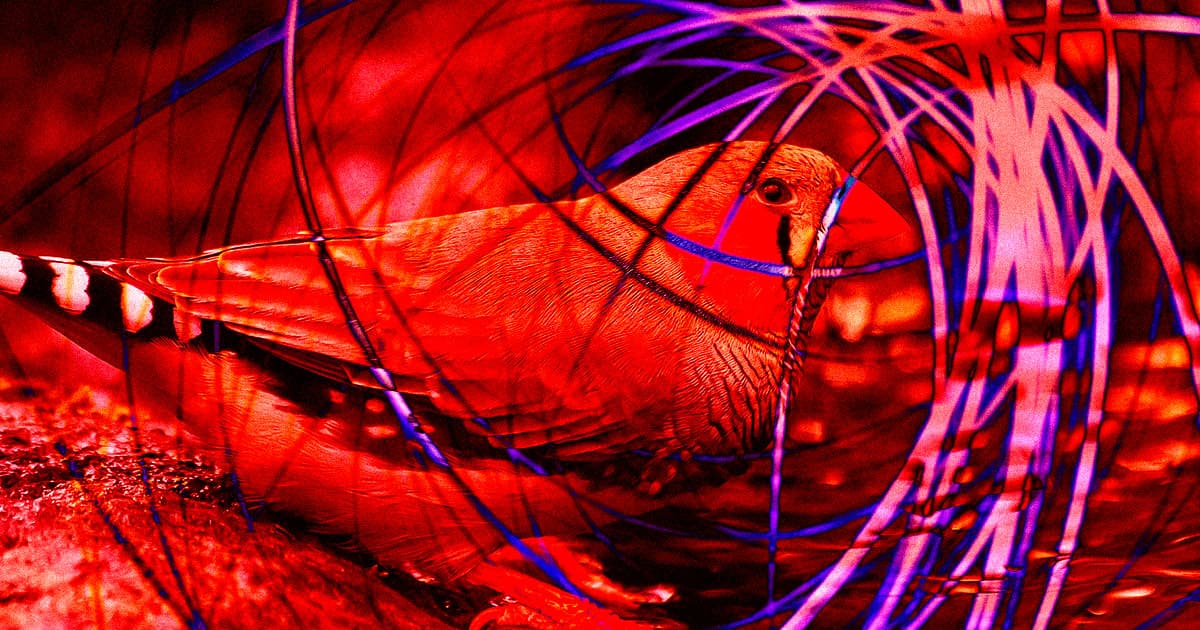 They taught the animals to mimic a song they'd never heard before.

They taught the animals to mimic a song they'd never heard before.

Most zebra finches learn to sing by mimicking the songs of their parents.

But now, a team of University of Texas Southwestern researchers has managed to implant memories of songs the birds had never heard before right into the animals' brains — and they did so using patterns of light.

In a paper published in the journal Science on Thursday, the researchers detail how they inserted genes into specific neurons related to song-learning in the birds' brains. Those genes allowed the researchers to "activate" the neurons using light.

The longer they shone a light on a certain neuron pathway, the longer the syllables of a bird's song. By alternating short and long durations of light exposure, the team taught the bird its "song memories."

"This is the first time we have confirmed brain regions that encode behavioral-goal memories — those memories that guide us when we want to imitate anything from speech to learning the piano," researcher Todd Roberts said in a press release.

While impressive, this research doesn't mean we can now implant memories in humans — that's still science fiction. But the study could shine a light, so to say, on new ways to identify parts of the human brain that influence the way we speak and make sounds.

"The human brain and the pathways associated with speech and language are immensely more complicated than the songbird's circuitry," Roberts said. "But our research is providing strong clues of where to look for more insight on neurodevelopmental disorders."

Horrible Geese
Furious Geese Are Defeating Humans, Scientists Find
12. 4. 22
Read More
Brands We Love
Hone Your Mind with this Speed Reading & Memory Mastery Bundle
7. 9. 20
Read More
Brands We Love
Feel Like Your Memory Is Slipping? This Brain-Boosting Online Bundle Will Get You Back in Shape
5. 12. 20
Read More
+Social+Newsletter
TopicsAbout UsContact Us
Copyright ©, Camden Media Inc All Rights Reserved. See our User Agreement, Privacy Policy and Data Use Policy. The material on this site may not be reproduced, distributed, transmitted, cached or otherwise used, except with prior written permission of Futurism. Articles may contain affiliate links which enable us to share in the revenue of any purchases made.
Fonts by Typekit and Monotype.