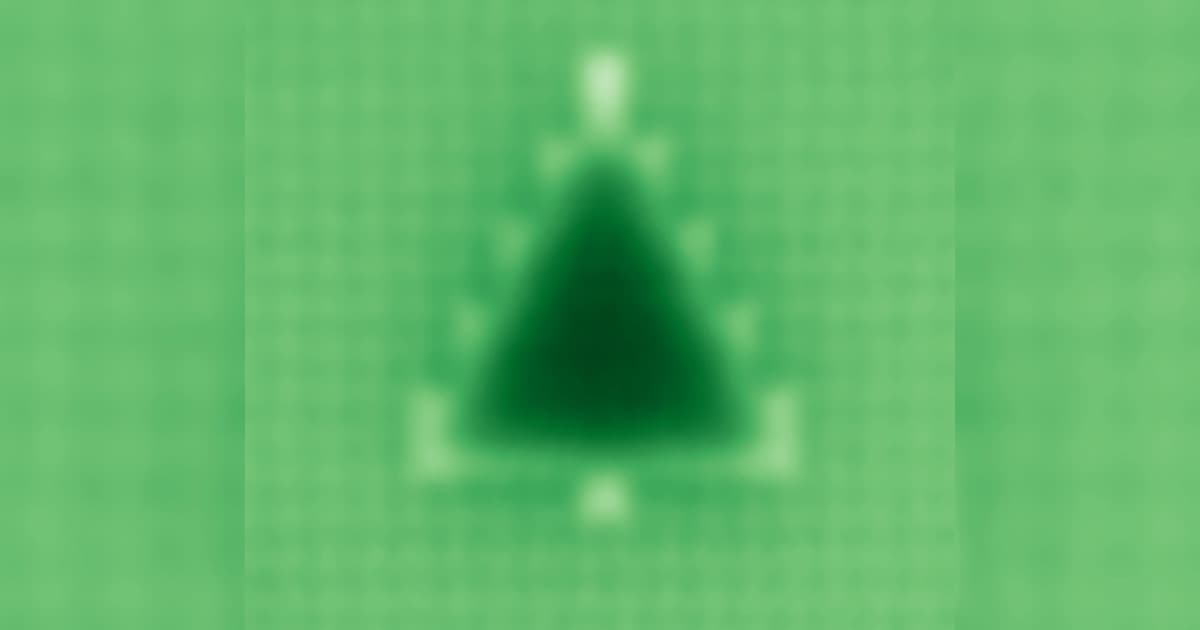 It's just a handful of atoms wide.

It's just a handful of atoms wide.

Making use of the sophisticated scientific equipment at her disposal, Delft University of Technology physics Master's student Maura Willems decided to give herself a challenge this holiday season: Building the world's tiniest Christmas tree.

Willems used a scanning tunneling microscope to chip away individual atoms away from a crystal lattice, according to a Delft press release. The end result is a tree-shaped structure just four nanometers tall — barely thicker than a single strand of DNA.

Typically, a scanning tunneling microscope is used for research in which scientists need to find, study, or manipulate individual atoms.

Scanning tunneling microscopes have been used to study electron activity and superconductivity in graphene, aside from also giving scientists a better understanding of the universe as it operates on the smallest scales.

But set that all aside for now, because it also lets researchers pull off cool scientific stunts for their own sake, like this impossibly-small tree, which is built from just a small handful of atoms holding onto their lattice structure.

The tree, 20,000 times smaller than a human hair, may not reveal new insights into the atomic scale, but it does illustrate the cool stuff scientists can do when they're bored.

Scientists Have Miniaturized Imaging Tech
2. 10. 17
Read More
Scientists Have Turned Cooking Oil Into a Material 200 Times Stronger Than Steel
2. 1. 17
Read More
New Form of Matter Holds Promise for Ultracompact Data Storage and Processing
1. 30. 16
Read More
+Social+Newsletter
TopicsAbout UsContact Us
Copyright ©, Camden Media Inc All Rights Reserved. See our User Agreement, Privacy Policy and Data Use Policy. The material on this site may not be reproduced, distributed, transmitted, cached or otherwise used, except with prior written permission of Futurism. Articles may contain affiliate links which enable us to share in the revenue of any purchases made.
Fonts by Typekit and Monotype.