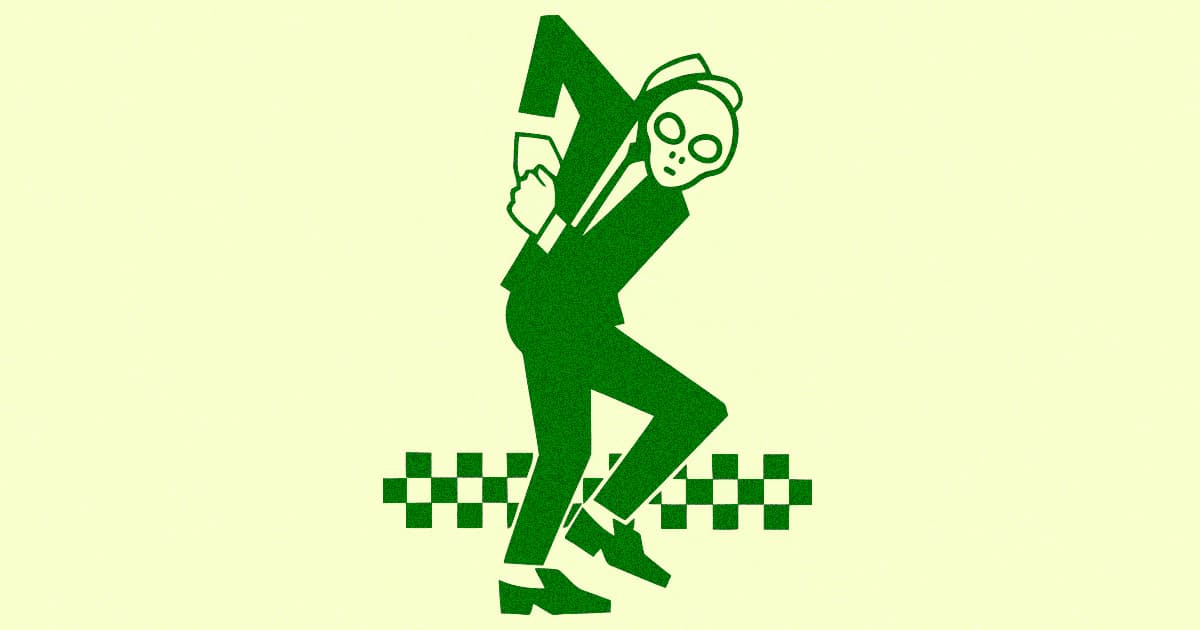 Let it be known that among all the different fields of science: it was astronomers who managed to turn a record-breaking telescope into a ska joke.

Construction picks up this week on the world's largest telescope. Its name, like the obnoxious musical genre that spiked in popularity for approximately 15 minutes in 1996? SKA, which the researchers insist stands for Square Kilometer Array, and not a type of music characterized by guitar upstrokes and a horn section.

The SKA telescope will, like its musical namesake, have roots in the United Kingdom, which will host its headquarters. Otherwise, its operations will be split between South Africa and Australia, and the three-continent-spanning observatory will, as its website notes, "investigate the nature of gravity and challenge the theory of general relativity," work with pulsars, and, somehow, see if they can figure out how to "close to black holes."

In its Australian portion, known skankingly as the SKA-Low telescope, will as a Nature report on the observatory notes host a stunning 131,000 antennae that look like some kind of postmodern Christmas tree.

Posing with an SKA-Low antenna during the #SKAconstruction commencement ceremony tonight. So many amazing people have worked so hard to get the project this far. Such a great milestone to celebrate! 🥂

And this is still only the beginning for @SKAO pic.twitter.com/0MI3tFmdXp

South Africa, meanwhile, will be home to the SKA-Mid portion of the telescope, which is not nearly as "mid" as it sounds. The country's Karoo desert — which could indeed be an album name for a South African ska band — will be home to 194 antennae that spread across a whopping 150 kilometers and will work alongside the region's existing 64-dish MeerKAT radio telescope.

As the SKA site notes, this international observatory will, much like its musical namesakes, do things nobody's ever done before — once it's completed in 2028, that is.

"The SKA will be able to indirectly measure the effects of gravity on objects in the Universe," the site explains. "It will scan for pulsars near to black holes and look at the gravitational influences of these two objects, looking for the minuscule perturbations in the fabric of space-time itself."

Jokes aside, this wonderfully-named telescope is going to be massive both in size and influence — and will undoubtedly inspire many more puns as its construction gets underway.

Australia Will Now Prosecute Nurses Spreading Anti-Vaccination Messages
10. 22. 16
Read More
Massive Asteroid Hit Earth 3.5 Billion Years Ago, Dwarfing One That Killed The Dinosaurs
5. 25. 16
Read More
Scientist Recreate An Animal That Has Been Extinct for 100 Years
2. 1. 16
Read More
+Social+Newsletter
TopicsAbout UsContact Us
Copyright ©, Camden Media Inc All Rights Reserved. See our User Agreement, Privacy Policy and Data Use Policy. The material on this site may not be reproduced, distributed, transmitted, cached or otherwise used, except with prior written permission of Futurism. Articles may contain affiliate links which enable us to share in the revenue of any purchases made.
Fonts by Typekit and Monotype.