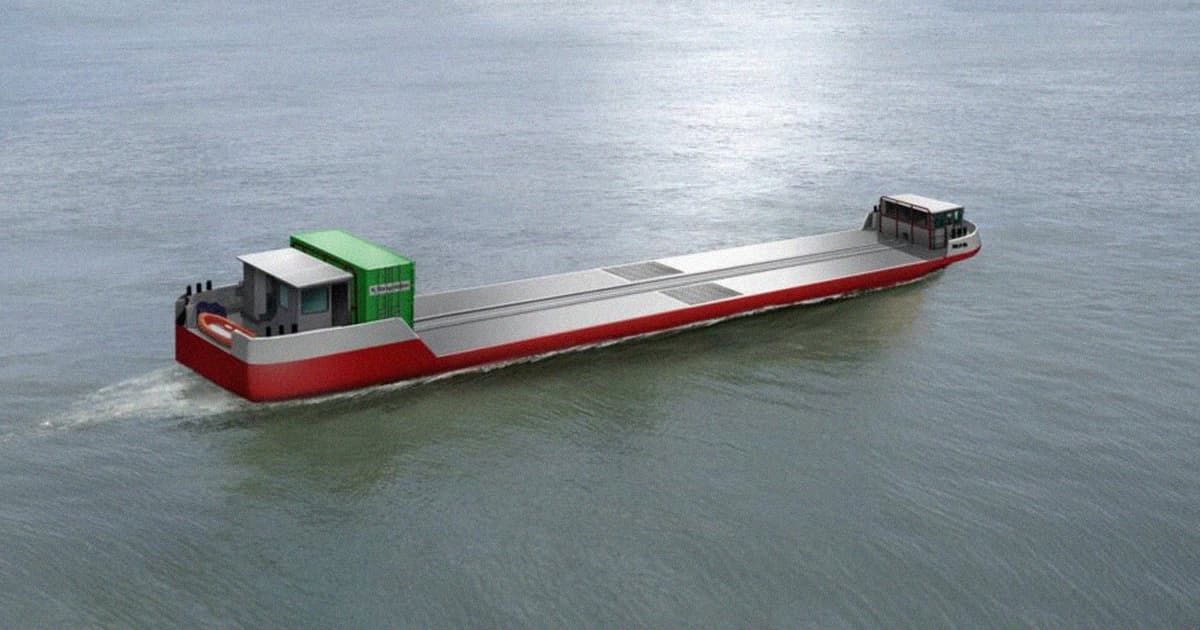 "The demand for more sustainable technologies in inland waterway transport is on the rise."

"The demand for more sustainable technologies in inland waterway transport is on the rise."

A French company is developing the world's first hydrogen-powered cargo transport vessel, which is scheduled to make its debut some time later this year, Renewable Energy Magazine reports.

The boat, built by Compagnie Fluvial de Transport (CFT), is set to be deployed on the river Seine in Paris and will use compressed hydrogen produced from electrolysis as its sole power source. The vessel is designed for inland water routes only and is not designed to sail the oceans.

"The demand for more sustainable technologies in inland waterway transport is on the rise," Matthieu Blanc, director of CFT, told the magazine. "As part of the Flagships project, we are happy to be leading the way on reducing emissions from transport and demonstrating the superior features of hydrogen fuel cells in waterborne applications."

Ocean-navigating cargo ships have revolutionized world trade over the last 50 years in many ways — but they have also become a huge contributor to harmful greenhouse emissions.

Most ships run on "bunker fuel," which emits even more carbon dioxide and fine carbon particulates than burning refined fuel. Overall, they're the second-largest contributor to climate change.

The Flagship project was awarded just shy of $6 million in funding in 2018 from the European Union's Research and Innovation program, called Horizon 2020, intended to further research into hydrogen-fuel cargo transport.

One hydrogen powered concept vessel is already sailing in Paris, while two additional vessels are currently under construction.

To convert much larger seafaring cargo ships to hydrogen power could pose a substantial logistical challenge. Fossil fuels are far more energy dense, taking up less space on ships. Making refueling stops could also bring up the cost of operating a cargo ship significantly — but still, the vessel is an intriguing concept.

More on hydrogen power: This is the World’s First Home Hydrogen Battery

Charging Up
Toyota is Selling a Hydrogen Fuel Cell Car for $50,000
3. 19. 19
Read More
Cheap Hydrogen Fuel Was A Failed Promise. But Its Time May Have Arrived.
4. 30. 18
Read More
Floating Solar Rigs Split Seawater to Make Hydrogen Fuel
12. 18. 17
Read More
+Social+Newsletter
TopicsAbout UsContact Us
Copyright ©, Camden Media Inc All Rights Reserved. See our User Agreement, Privacy Policy and Data Use Policy. The material on this site may not be reproduced, distributed, transmitted, cached or otherwise used, except with prior written permission of Futurism. Articles may contain affiliate links which enable us to share in the revenue of any purchases made.
Fonts by Typekit and Monotype.