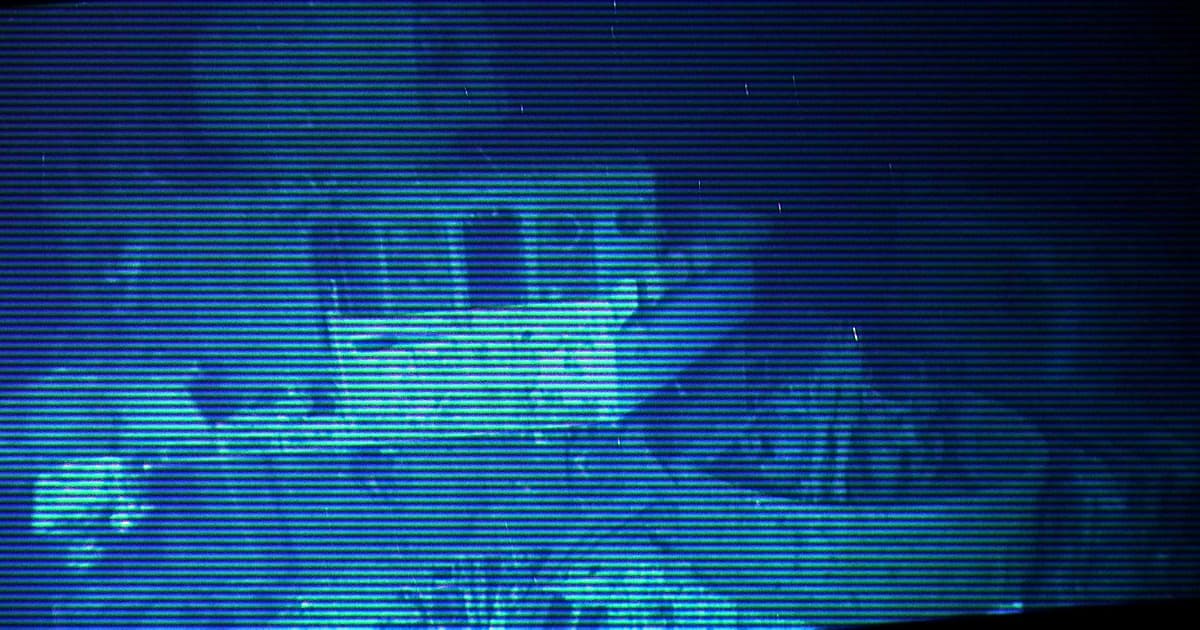 The dive was twice as deep as the Titanic.

The dive was twice as deep as the Titanic.

Four Miles Under The Sea

An American exploration team has completed the world’s deepest shipwreck dive to a nearly 80-year-old US navy destroyer sunk in WWII.

Caladan Oceanic, an undersea tech company based in Texas, has completed two eight-hour dives almost 6,500 meters into the Pacific Ocean off the coast of the Philippines to reach the wreckage of the 115-meter-long battleship the USS Johnson, according to The Guardian.

For some perspective, that’s twice the depth in which the Titanic rests in the Atlantic Ocean.

"Just completed the deepest wreck dive in history, to find the main wreckage of the destroyer USS Johnston," said Victor Vescovo, the founder of Caladan Oceanic, in a tweet. He also piloted a submersible to the wreckage.

Just completed the deepest wreck dive in history, to find the main wreckage of the destroyer USS Johnston. We located the front 2/3 of the ship, upright and intact, at a depth of 6456 meters. Three of us across two dives surveyed the vessel and gave respects to her brave crew. pic.twitter.com/N1AuzHIi0b

Along with photos, Vescovo also posted a video of the wreckage — which you can check out below:

It's been so wonderful to share the story of the USS Johnston with so many people. Her crew and Captain, Ernest Evans - the first Native American in the Navy to be awarded the Medal of Honor, were extraordinarily heroic. Here's video from the dive and the bridge they fought from. pic.twitter.com/rAfEh78VJv

The USS Johnston was sunk during the Battle of Leyte Gulf on October 25, 1944. Of the ship’s 327 crewmembers, only 141 survived the battle.

"It took fire from the largest warship ever constructed — the Imperial Japanese Navy battleship Yamato, and ferociously fought back," said Parks Stephenson, team navigator and historian for Caladan Oceanic, to The Guardian.

It wasn’t until 2019, though, that the wreckage was finally discovered by a separate expedition group. Only parts of the destroyer were able to be observed using a remote submersible as a larger part of the ship laid in a deeper, harder-to-reach region of the ocean.

Luckily, Caladan Oceanic was able to utilize a submersible called a DSM Limiting Factor for the exploration. It has a hull made of 3.5-inch thick titanium and has been used to explore the Mariana Trench as well as the Titanic.

Now that the ship has been discovered, it represents a small form of closure for the crew members who lost their lives in battle and their families who grieved their deaths long ago. Before and after Vescovo’s team conducted the dives, they two laid wreaths to honor the brave crew of the USS Johnston.