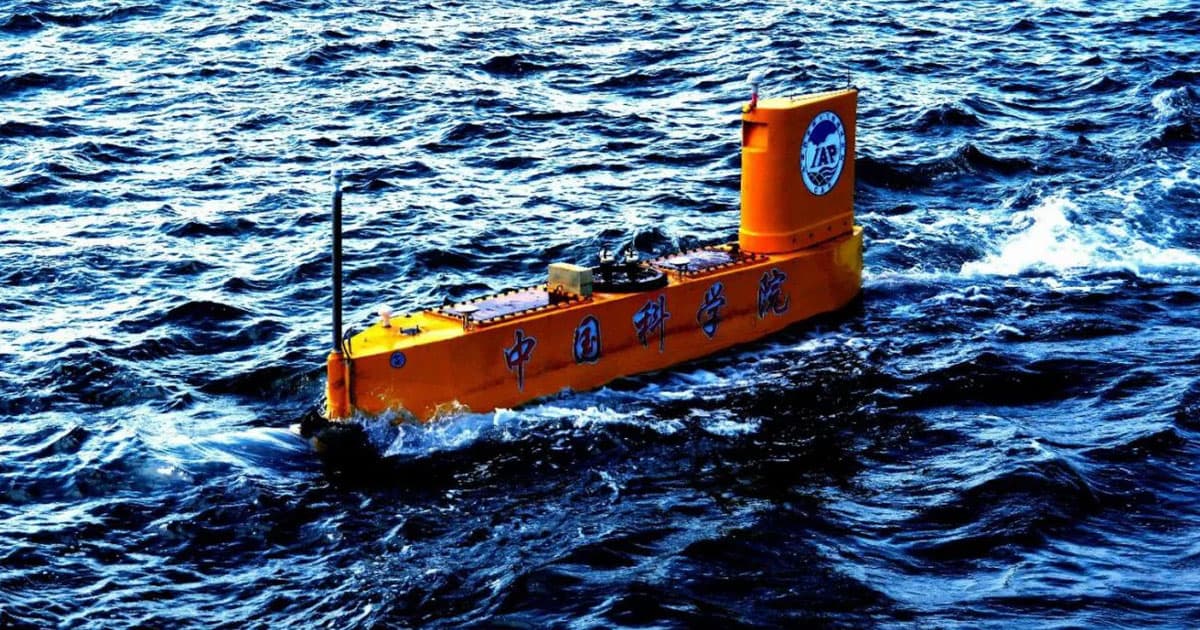 China Built a Robot Submarine to Shoot Rockets Into Typhoons

It brings a new meaning to "storm chasing."

It brings a new meaning to "storm chasing."

Chinese scientists built an autonomous submarine designed to travel into storms — including deadly typhoons — in order to fire off meteorological rockets that will collect data from the atmosphere.

"The unmanned semi-submersible vehicle is an ideal platform for marine meteorological environmental monitoring, and the atmospheric profile information provided by [meteorological rockets] launched from this platform can improve the accuracy of numerical weather forecasts at sea and in coastal zones," Chinese Academy of Sciences researcher Jun Li said in a press release.

Initial trials of the hardy submersible boat, which is painted a peppy orange color, are described in a new paper in the journal Advances in Atmospheric Sciences.

The meteorological missiles that the boat launches are a key part of the project. According to the paper, they collect detailed "vertical profiles" of the pressure, temperature, humidity, and wind in a storm — an environment too hazardous for regular observation by aircraft or weather balloons.

Researchers behind the project framed it as a successor to Argo, the global network of floating buoys that relay data about the temperature and currents of the oceans — but that uses new tech to collect unprecedented data from the atmosphere above the ocean as well as within it.

"Launched from a long-duration unmanned semi-submersible vehicle, with strong mobility and large coverage of the sea area, [meteorological rockets] can be used under severe sea conditions and will be more economical and applicable in the future," researcher Hongbin Chen said in the same press release.