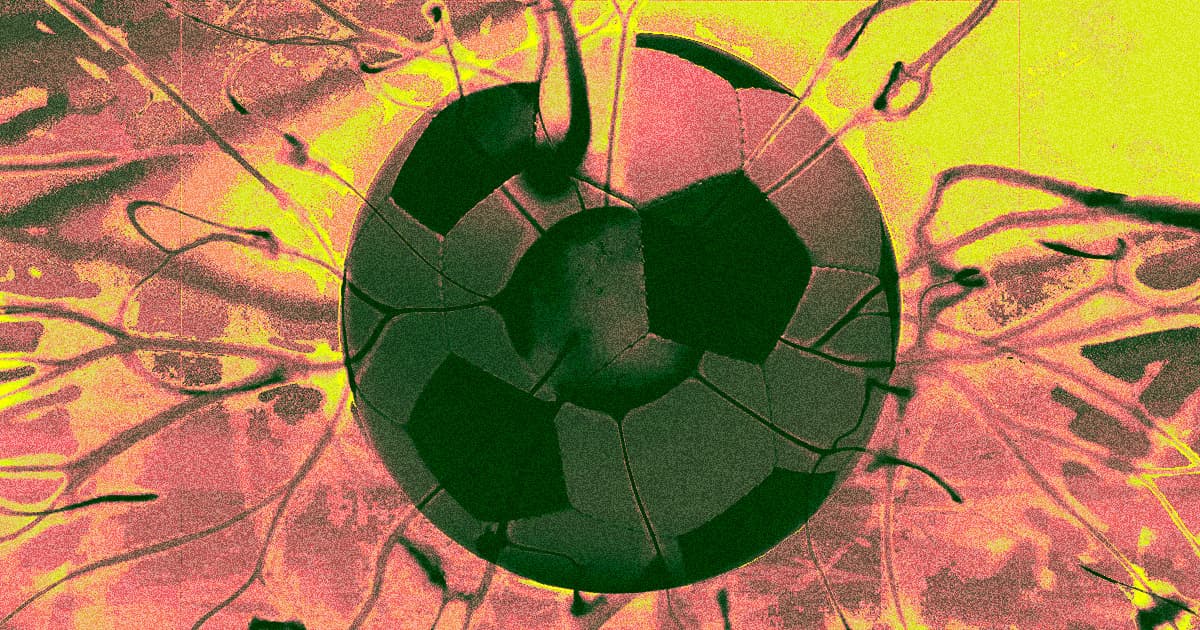 Dodgy offside calls will be a thing of the past... as long as someone keeps the balls charged.

Dodgy offside calls will be a thing of the past... as long as someone keeps the balls charged.

Officiating World Cup games comes with extraordinary pressure, and over the years FIFA has been introducing new technology like video assisted refereeing (VAR) and goal-line observation tech to give referees a helping hand. Now, the next revelation in soccer technology may lie in the balls themselves.

The World Cup is not without its iconic balls, but the 2022 World Cup in Qatar easily has the most high tech one to date. The ball makes use of internal sensors that can track its position and velocity in real time, and even detect when it's touched.

But as it turns out, those sensors need to be charged like any old device. A viral image this week shows some of the official balls getting charged the same way you would a smartphone — a truly bizarre and comical sight.

On the pitch, the ball is already doing wonders for the game. By using a conjunction of ultra wide band and inertial measurement unit (IMU) sensors, the ball tracks itself at a blistering 500 times per second, affording an unparalleled degree of accuracy.

In addition, those measurements are linked up to a camera system that tracks the ball, and 29 different points on each player's body, at a lower but still impressive 50 times per second. This allows each tick of data to be easily placed with a real, recorded moment of action. FIFA has branded this as "semi-automated offside technology."

So, those instantly checked offside calls? That's the new tech. Accompanying 3D graphics showing player positions? Yep, you guessed it. Seeing who last touched a ball to credit a goal? The future is here.

Not shying away from the spotlight, the ball has already been involved in a high profile decision. On Monday, during Portugal's clash with Uruguay, Portuguese forward Bruno Fernandes gracefully crossed the ball into the opposition penalty area, where Cristiano Ronaldo eagerly leapt to head it into the back of the net, putting his side up 1-0.

Or at least it appeared that way. Adidas confirmed that readings from the ball's IMU sensor indicated that Ronaldo had not actually touched the ball, but had merely distracted the goalkeeper. After the goal was initially given to Ronaldo, the broadcast later credited it to Fernandes. Of course, some fans still insist it was Ronaldo's goal.

And this apparently only scratches the surface of what this kind of ball technology can do. Unparalleled amounts of data will soon be able to be collected from every dribble, pass, or shot, which will monumentally shift how analysts examine the game. On the broadcast end of things, more visualizations, real-time overlaid data, and maybe even highlighting the ball to make it easier to see for the visually impaired.