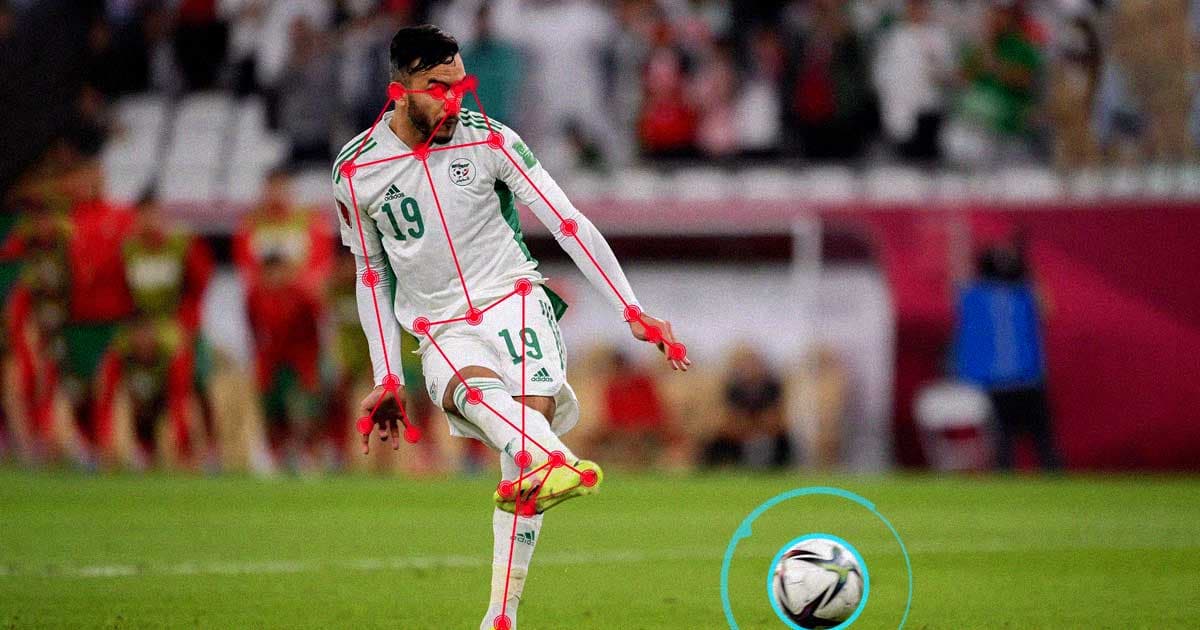 "I know that someone called it 'robot offside;' it's not."

"I know that someone called it 'robot offside;' it's not."

FIFA — the international overlord of soccer-slash-football — has revealed that it'll be implementing a complex offsides-detecting AI system at the upcoming 2022 World Cup in Qatar.

The assistive technology takes into consideration a dizzying array of data points. A dozen strategically-placed, AI-connected cameras continuously collect data from 29 specific points on players' bodies, while a sensor, which sits at the center of the ball, relays its exact location approximately 500 times per second.

The system alerts a control room team if it catches a player offsides, who then validates the AI "call" and relays the info back to the on-field refs.

FIFA is no stranger to referee-supporting tech, having introduced a controversial video assistant referee (VAR) at the World Cup back in 2018.

But this latest addition to the game is a lot more complex than that, with referees handing AI an unprecedented degree of control over the game — and, in the competitive and moneyed world of professional sports, it could well be a sign of things to come.

The organization also really wants you to know that human refs aren't out of a job — yet.

"I know that someone called it 'robot offside;' it's not," said Pierluigi Collina, chairman of the FIFA Referees Committee, in a press release. "The referees and the assistant referees are still responsible for the decision on the field of play."

According the statement, FIFA believes that the integration will simply assist game speed and referee accuracy. Players won't have to wait around for decisions to be made, and refs will have plenty of supplemental information with which to make notoriously difficult offsides calls, as FIFA's trials have already proved.

Plus, with AI on their side, oft-heckled referees could face less sideline harassment from coaches and fans — though, of course, we'll find out at the upcoming World Cup.

It'll be fascinating to see how well the technology functions in real time. For better or worse, seeing the world's number one sport embrace this new degree of AI-integration — on the game's biggest stage, no less — feels like a significant step in the future of athletics.

Smile!
Experts Alarmed by Zoom's Tech for Detecting Users' Emotions
May 20
Read More
Don't Look Away
College Students Say Crying In Exams Activates "Cheating" Eye Tracker Software
May 3
Read More
Hell on Earth
Internet Aghast at AI Facial Recognition Used to Identify Dead Russian Soldiers
Apr 16
Read More
+Social+Newsletter
TopicsAbout UsContact Us
Copyright ©, Camden Media Inc All Rights Reserved. See our User Agreement, Privacy Policy and Data Use Policy. The material on this site may not be reproduced, distributed, transmitted, cached or otherwise used, except with prior written permission of Futurism. Articles may contain affiliate links which enable us to share in the revenue of any purchases made.
Fonts by Typekit and Monotype.