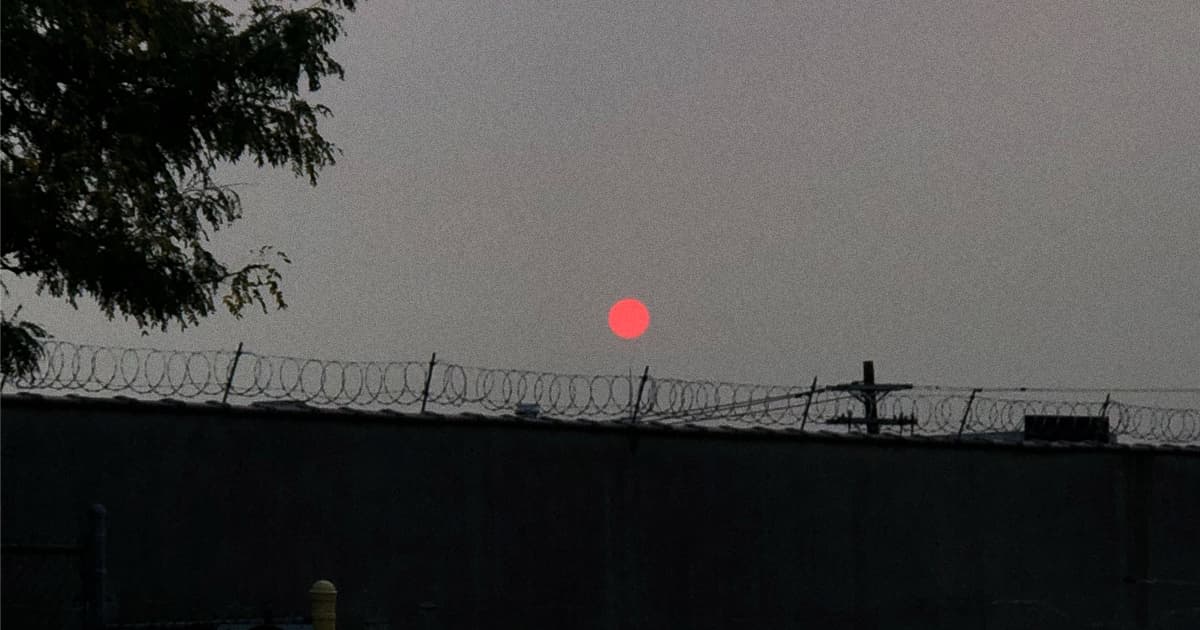 The National Weather Service confirmed that the smoke plumes have now traveled all the way across the country.

The National Weather Service confirmed that the smoke plumes have now traveled all the way across the country.

Fire in the Sky

Smoke from the devastating wildfires that have swept across the West Coast this past week has now reportedly drifted all the way across the United States — manifesting as as a haze and intense, reddish sunsets.

A photo taken by a Futurism staffer last night in Queens shows the setting sun hanging in the sky like an eerie, reddish-orange dot.

In a tweet highlighted by Gothamist, the National Weather Service confirmed that the unusual conditions are indeed likely caused by smoke that's made its way thousands of miles across the country.

If you looked up to the sky today, you may have seen a yellow or brown tinge. You were seeing smoke from the fires out W. This GOES-16 visible satellite shows smoke at 25,000 ft, as well as active fires and the busy tropics. We took a photo at our office to show the smoky sky. pic.twitter.com/tAgfomjNNC

The haze and odd-looking sun don't hold a candle to the apocalyptic skies that the fires caused in the Bay Area last week, but they are a striking reminder that the impact of an environmental crisis can quickly move from one part of the world to another.

Thankfully, according to community weather organization New York Metro Weather, the smoke is tens of thousands of feet high by now, meaning that it's unlikely to affect air quality on the ground level.

According to meteorologists, a cold front will likely push the smoke out of the NYC metro area on Friday.

Have you noticed the haze? It’s smoke from the wild fires out west that has made its way across the U.S. A cold front will push the smokey haze out of NYC on Friday. pic.twitter.com/PKUVJ73TEP

More on the West Coast fires: Scientists Warn That Fires, Extreme Weather Events Are Getting Worse