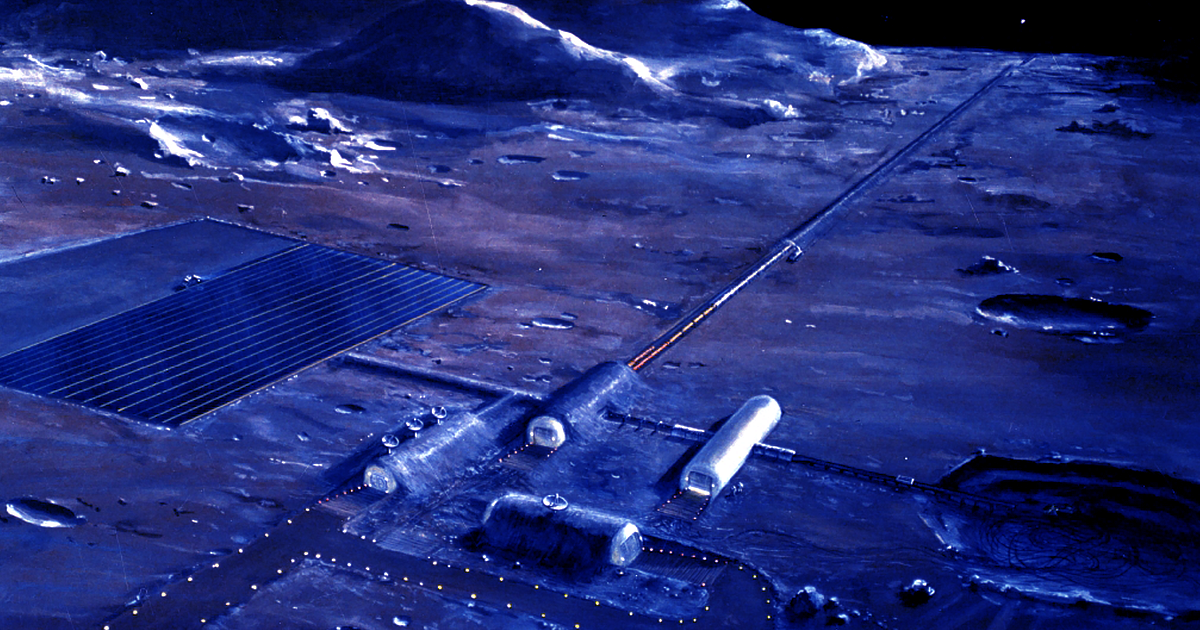 Wild Idea: Use Railguns to Extract Resources From the Moon

Could electromagnetic railguns be used to sling payloads off the surface of the Moon at hypersonic speeds?

Could electromagnetic railguns be used to sling payloads off the surface of the Moon at hypersonic speeds?

The concept of a railgun, a device that propels projectiles to incredible speeds using electromagnetic energy, has been around for over a century.

And the U.S. Navy has been hard at work trying to turn the idea into a real-world, long-range weapon — but space journalist Leonard David points to a far more futuristic idea in a new piece for Space.com: that we could use railguns to launch stuff off the surface of the Moon into space.

The idea has been around at least since the 1960s. Even visionary Gerard O'Neill proposed using electromagnetic railguns to launch payloads from the Moon, as David points out. O'Neill, with help from MIT, came up with a 520 foot "mass driver concept" that could launch material successfully.

And as we become increasingly focused on settling on — or even mining — the Moon, getting resources off the surface will be a major challenge.

At this stage, the idea is still, yes, a moonshot. The Navy isn't the only one trying to make the electromagnetic railgun a reality and ready for combat — China and Russia have also tested devices that are powerful enough to blow away heavily armored foes.

But developing a railgun suited for space is still many years out.

More on railguns: Dasvidaniya! Russia Successfully Tests New Weapon That Can Blow Away Any Type of Armor