If true, the superweapon would be the first such destructive tech developed by any government. 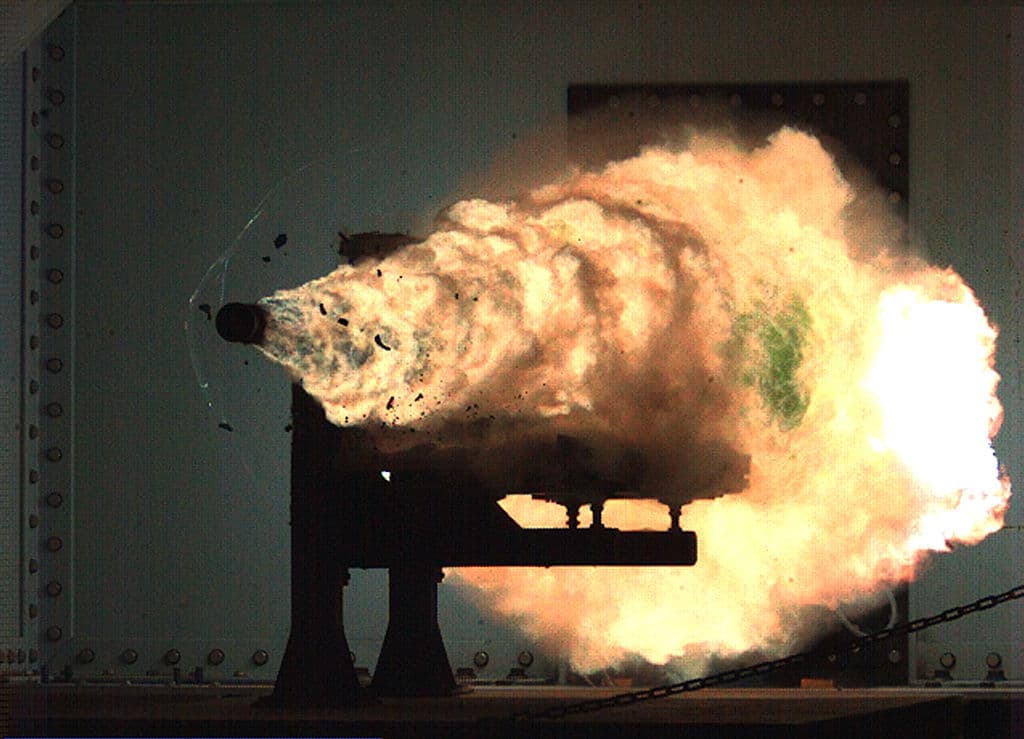 Photos were leaked on Wednesday, Jan. 31, that have caused many to suspect that China is testing a ship-mounted electromagnetic railgun. This hypersonic railgun, which is described as a superweapon, would be the first such destructive tech for any government to develop. If this is confirmed, it could change relations between China and the U.S.

But, after 10 years of development, the U.S. scrapped the project. They did this for a multitude of reasons, including the fact that these types of weapons are exceedingly difficult to apply in combat, especially on top of a ship.

However, while there are difficulties associated with the weapon's technology, it is not an impossibility. In an interview with New Scientist, Justin Bronk at the Royal United Services Institute in the U.K. discussed the political issues that would arise if this weapon were confirmed. “There isn’t really a known defense mechanism against a railgun shot at high Mach numbers," Bronk said. "It’s too fast and too small for current anti-ship missile and anti-aircraft defense systems.”

As Bronk illustrated, a functional hypersonic railgun would represent a new generation of weapons, requiring other nations to developed novel defense systems for potential attacks. So, while the superweapon has not been confirmed, if it does exist it would mean that China has a weapon for other countries do not have a proper response.

Bronk said of China in the interview with New Scientist, “If they can get it integrated as a major component into their future fleet arsenal, it will give them a really significant edge over the U.S. Navy."

So, how likely is it that this weapon exists? It is still very difficult to tell. But, even if the images were correct in showing the superweapon mounted on a ship, that does not prove whether it works or not. If it does work, the Chinese engineers were able to get over hurdles that ultimately led to the termination of the U.S. prototype. Other countries will likely have to start sharing notes in order to catch up.

Read This Next
Instagib Mode
A Gun Company Is Now Selling a Handheld Semi-Automatic Railgun
Quantum Supremacy
US Sanctions Chinese Quantum Computing Firms for... Reasons
Quantum Solutions
Chinese Scientists Say They Now Have the World's Most Powerful Quantum Computer
Rock 'Em Sock 'Em
The Head of US Space Command Fears China's Giant Robot Arms
Killer Robot Ships
The U.S. Navy Wants to Roll out Autonomous Killer Robot Ships
More on Robots & Machines
No Ethics
Yesterday on the byte
San Francisco Cops Now Allowed to Use Robots to Kill People
FROM THE DEPT. OF...
Monday on futurism
The Best Over-Ear Headphones of 2022
FROM THE DEPT. OF...
Monday on futurism
The Best Studio Headphones of 2022
READ MORE STORIES ABOUT / Robots & Machines
Keep up.
Subscribe to our daily newsletter to keep in touch with the subjects shaping our future.
+Social+Newsletter
TopicsAbout UsContact Us
Copyright ©, Camden Media Inc All Rights Reserved. See our User Agreement, Privacy Policy and Data Use Policy. The material on this site may not be reproduced, distributed, transmitted, cached or otherwise used, except with prior written permission of Futurism. Articles may contain affiliate links which enable us to share in the revenue of any purchases made.
Fonts by Typekit and Monotype.