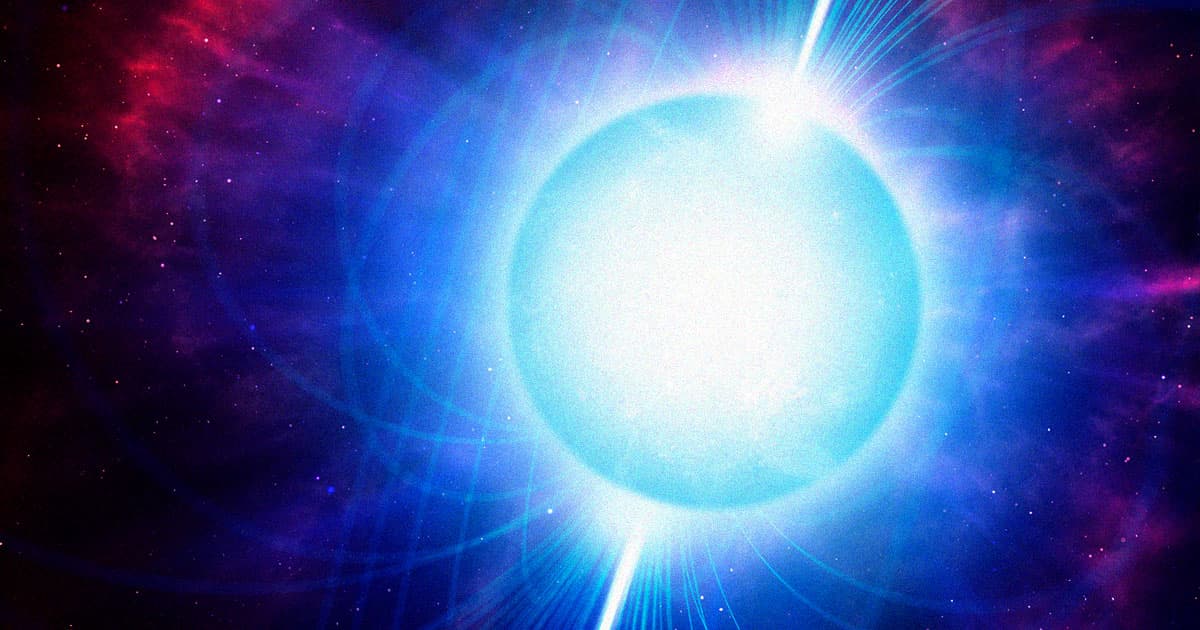 "This was completely unexpected."

"This was completely unexpected."

Everything we know about dead stars may be in need of an update now that astronomers have discovered one that appears to lack an atmosphere — and, fascinatingly, appears to feature a solid-like surface.

"This was completely unexpected," UCL's Professor Silvia Zane, who coauthored a study about the celestial body published recently in the journal Science, said in a statement about the research. "I was convinced there would be an atmosphere. The star’s gas has reached a tipping point and become solid in a similar way that water might turn to ice. This is a result of the star’s incredibly strong magnetic field."

As the statement notes, the star in question is what's known as a magnetar. While its name sounds Pokémon-esque, it's just a term for intensely magnetized neutron stars, which are the dense remaining cores of massive stars that exploded as supernovae.

Magnetars' magnetic fields are the strongest in the known universe. This particular one, dubbed 4U 0142+61 and located in the Cassiopeia constellation, was subject to a new analysis in which scientists examined its X-ray emissions, revealing something odd: a far smaller amount of polarized light than would be expected of a normal star's atmosphere.

The conclusion? It doesn't appear to have one. And what's more, the team also found a "wiggle"-like angle of polarization suggesting that the dead star likely sports a "solid crust."

The finding is not only a curiosity unto itself, but could also help explain whether other neutron stars have atmospheres at all, which is hotly debated among astronomers even though a thin carbon atmosphere was detected on one by Harvard and NASA's Chandra Observatory back in 2009.

For now, though, we just have to marvel.

Strange Stars
Astronomers Puzzled by Extremely Peculiar Object in Deep Space
Oct 25
Read More
Space Lumps
Scientists Say We May Be Extremely Wrong About the Universe
Apr 28
Read More
Into Darkness
Inside NASA's Bold Proposal to Probe the Mysteries of Dark Matter
Mar 11
Read More
+Social+Newsletter
TopicsAbout UsContact Us
Copyright ©, Camden Media Inc All Rights Reserved. See our User Agreement, Privacy Policy and Data Use Policy. The material on this site may not be reproduced, distributed, transmitted, cached or otherwise used, except with prior written permission of Futurism. Articles may contain affiliate links which enable us to share in the revenue of any purchases made.
Fonts by Typekit and Monotype.