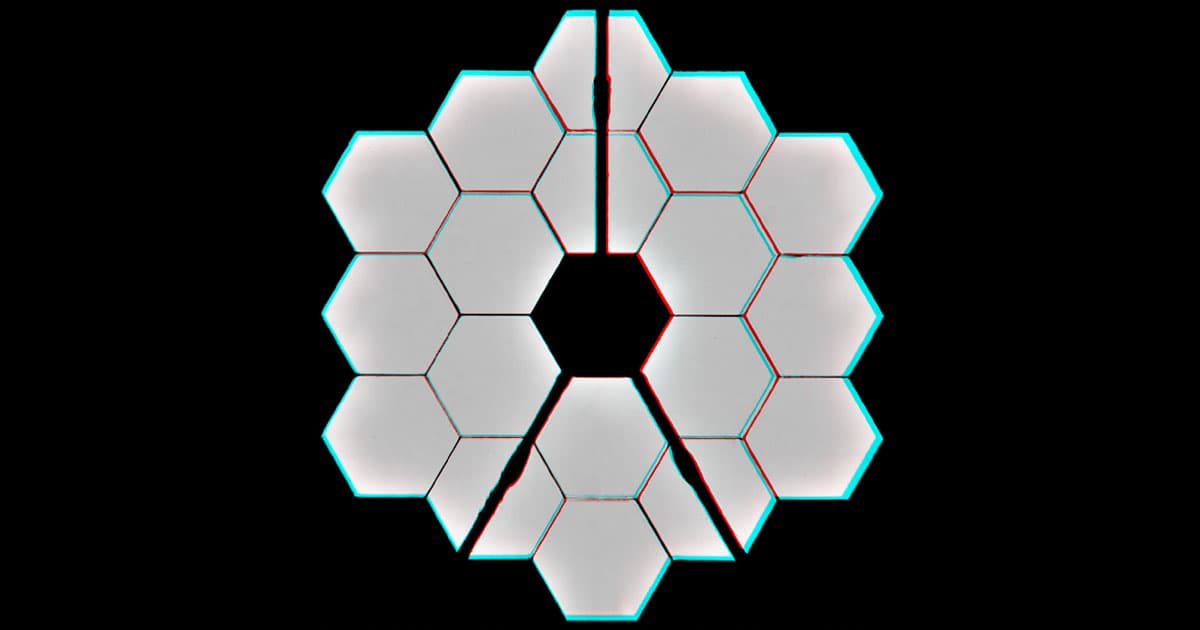 Rejoice! The Webb Telescope Has Released Yet Another Selfie

If only we all looked this good in selfies.

If only we all looked this good in selfies.

The James Webb Telescope is now aligned and ready for action — which, in the case of this social media-famous spacecraft, includes taking selfies.

After releasing the telescope’s first fully-aligned photo of a star — which was, naturally, incredible to behold — NASA also dropped a Webb “selfie” in such perfect focus that it looks more like a concept illustration than a photo at all.

A special lens inside the NIRCam instrument took a "selfie" of Webb's mirror segments, verifying their alignment with NIRCam. The segments are bright as they are all collecting light from the same star in unison. https://t.co/RPL4OItJNA #UnfoldTheUniverse pic.twitter.com/jSrupf7i4a

Unlike most selfies, this one wasn’t taken with vanity in mind. As the Webb telescope’s NIRCam instrument works on aligning itself to produce the kind of high resolution shots it will be known for going forward, it also takes inward-facing photos to make sure all 18 of its hexagonal mirrors are in the right place to take its gorgeous composite photos. The result, as we see here and as we saw in February, is this kind of “selfie” highlighting the telescope’s now-iconic mirror array.

Compare this to Webb’s first selfie, which was released alongside its first star photo on February 11. Huge difference, right?

Bonus image! When it’s time to focus, sometimes you need to take a good look at yourself.

This “selfie” taken by Webb of its primary mirror was not captured by an externally mounted engineering camera, but with a special lens within its NIRCam instrument. #UnfoldTheUniverse pic.twitter.com/XtzCdktrCA

From here on out, Webb photos will hopefully be as crisp as this latest selfie and the astonishing star photo that accompanied it, which were the result of the month-long process of aligning each of the telescope’s 18 mirrors.

In social media terms, this is absolutely what we call a “glow-up.”

Overloaded
Whiny Space Tourists Say They Were Too Busy on the Space Station
May 14
Read More
Mars Attack
Scientists Worried About Military Facility to Store NASA Mars Rocks
May 4
Read More
Shuttling Russians
NASA Deciding Whether Russian Cosmonaut Is Allowed on SpaceX Launch
Apr 26
Read More
+Social+Newsletter
TopicsAbout UsContact Us
Copyright ©, Camden Media Inc All Rights Reserved. See our User Agreement, Privacy Policy and Data Use Policy. The material on this site may not be reproduced, distributed, transmitted, cached or otherwise used, except with prior written permission of Futurism. Fonts by Typekit and Monotype.