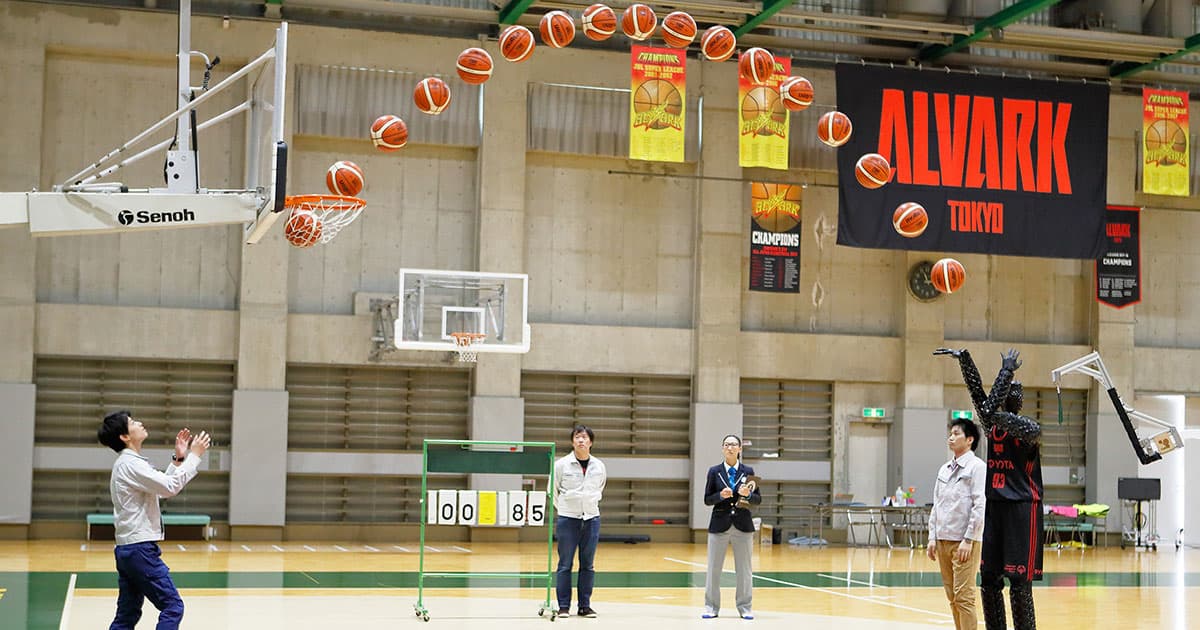 It easily surpassed its first goal of 1,000 consecutive shots.

It easily surpassed its first goal of 1,000 consecutive shots.

Toyota just earned itself a Guinness World Record — and the achievement had nothing to do with cars.

In 2017, a team of engineers from the company thought it would be fun to use their downtime to build a basketball robot that could sink every shot it attempted.

By April 2019, they were unveiling their third iteration of the robot, which they named "CUE3," and the following month, the bot attempted — and succeeded — at setting the Guinness World Record for "most consecutive basketball free throws by a humanoid robot (assisted)."

The team's first goal for the world record attempt was 1,000 baskets, which CUE3 easily managed, so they set a new target: 2020, a nod to the upcoming Tokyo Olympics. After that, they called it a day, though the bot still hadn't missed a single shot.

As impressive as that achievement is, CUE3 isn't even limited to shooting free throws. The AI powering the bot uses feedback from cameras to determine CUE3's distance to the basket and adapts its shot accordingly, so it can also score from the three-point line and even center court.

Oh, and it can do so with its right or left hand.

"I feel like there is more opportunity now for those who want to try something new," project leader Tomohiro Nomi said in a Guinness World Record video, "so I will be really delighted if anyone watches this and thinks, 'I want to do something new.'"

Automating Gym Class
Toyota's Basketball Robot Can Nail Three-Pointers
4. 1. 19
Read More
Create A "Real-World Avatar," Win up to $10 Million
3. 13. 18
Read More
Toyota's New Hydrogen Buses Are Heading to Tokyo
10. 23. 16
Read More
+Social+Newsletter
TopicsAbout UsContact Us
Copyright ©, Camden Media Inc All Rights Reserved. See our User Agreement, Privacy Policy and Data Use Policy. The material on this site may not be reproduced, distributed, transmitted, cached or otherwise used, except with prior written permission of Futurism. Articles may contain affiliate links which enable us to share in the revenue of any purchases made.
Fonts by Typekit and Monotype.