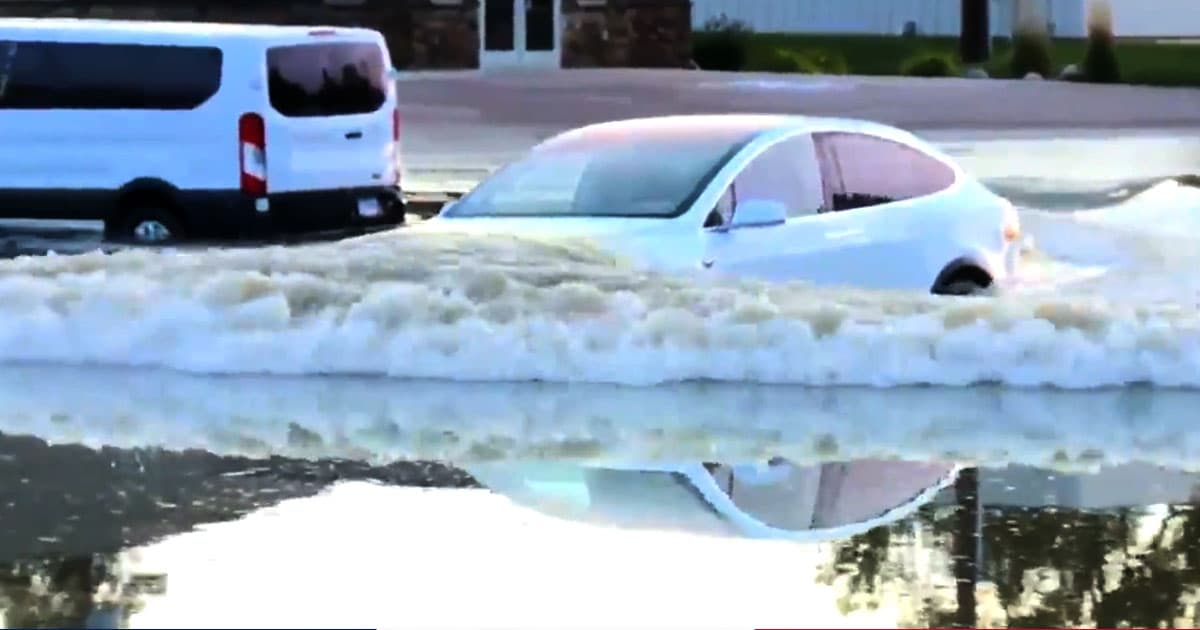 "Don't do what you see right there. Very dangerous."

"Don't do what you see right there. Very dangerous."

On Thursday, local news reporter Colton Molesky took to the streets of Mitchell, South Dakota, to report on the city's dangerous flooding for the station KSFY.

While Molesky was filming his segment, a white Tesla Model X appeared down the street — and then plowed its way through the headlight-covering water, exiting the flooded street seemingly no worse for wear.

What NOT to do! This car in Mitchell tries to drive down a flooded street as @CMolesky reports LIVE. pic.twitter.com/Tv00CLUDYT

This isn't the first time a Tesla has been filmed in high water — in 2016, footage of a Model S owner in Kazakhstan using their car to float through a flooded tunnel hit the internet.

At the time, Tesla CEO Elon Musk tweeted that he definitely did not recommend that drivers use their Teslas as boats — and Molesky was quick to discourage others from following the South Dakota Tesla owner's lead.

"We encourage people don't do this," he said in the clip. "Don't do what you see right there. Very dangerous."

More on the Model X: Watch a Tesla Model X Pull a Semi Truck Through Snow